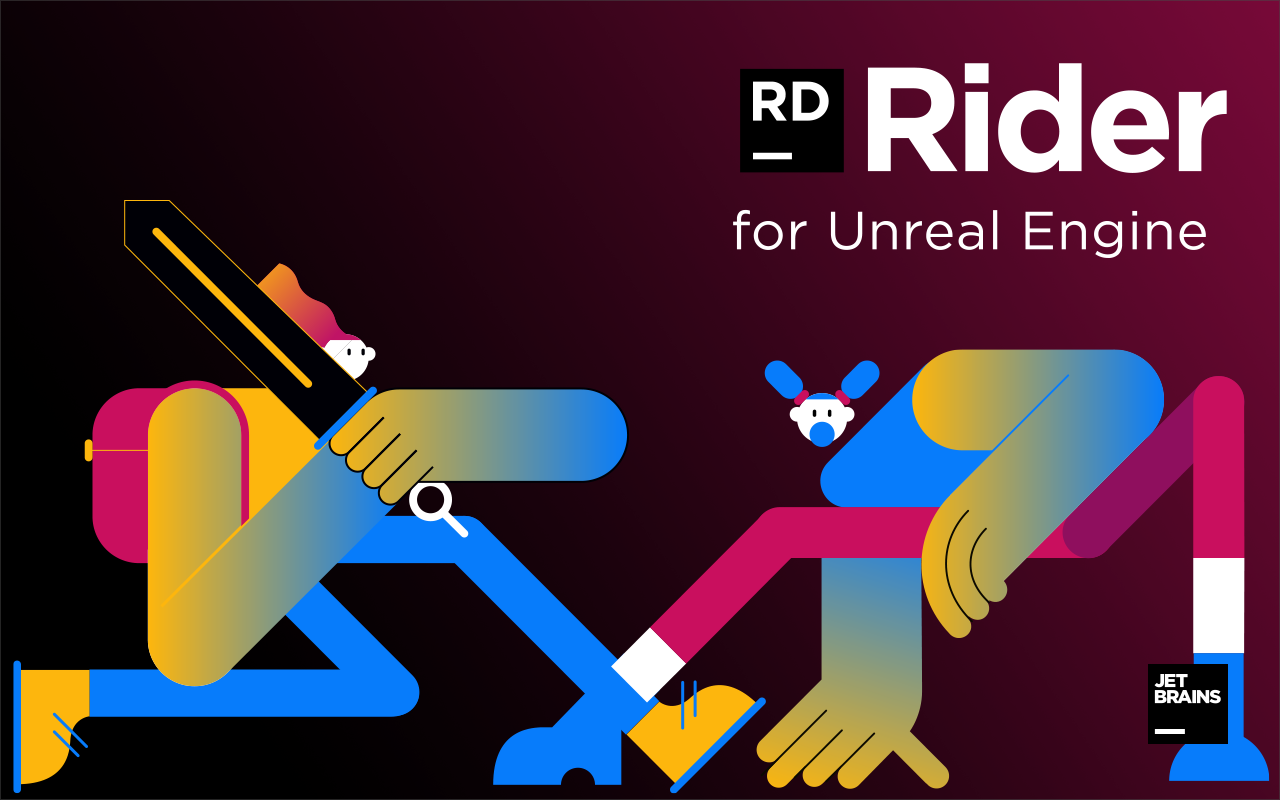 Rider for Unreal Engine is now at the Public Preview stage, targeting the release in 2021. We would love to know how you are finding the Rider for Unreal Engine Preview. Are you enjoying the product? Leave your feedback in comments here. Meanwhile, we’ve released the new 2020.3 update! Use a patch to update right from the IDE (Help | Check for Updates) if you already use the product, or sign in to get into the Preview program. JOIN THE EARLY PREVIEW This version brings Rider for Unreal Engine into alignment with the recent updates to the ReSharper C++ and Rider IDEs. Some of the key highlight
November 26, 2020 by Anastasia Kazakova

With the .NET 5 release comes the newest Entity Framework Core version, unsurprisingly called Entity Framework Core 5 (EF Core 5). The .NET community got its first glimpse of Entity Framework (EF) on August 11th, 2008, with the release of .NET Framework 3.5 Service Pack 1. Let's say a few things have changed since the initial release. For those unfamiliar with the technology, Entity Framework is an object-relational mapper (ORM), helping developers overcome the impedance mismatches between C# and a database instance's schema. Entity Framework has come a long way since its original inception.
November 25, 2020 by Khalid Abuhakmeh 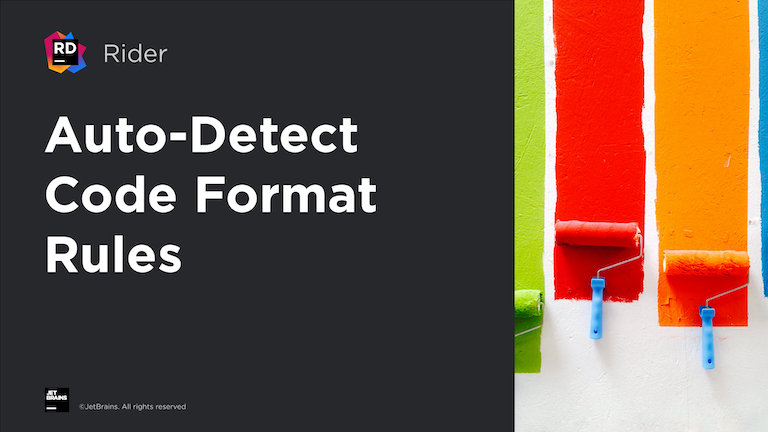 As developers, we're in a neverending struggle to find a balance between style and substance. The tabs vs. spaces argument even found its way into pop culture during Season 3 of HBO's Silicon Valley. We understand that style can be a point of debate within teams. While the codebase's style might not impact the runtime execution of applications, it can have measurable impacts on team productivity. With Rider's latest release, we will empower developers to auto-detect and configure their coding style preferences in a few simple steps, and maybe, avoid a few heated debates on style. Let's take a
November 19, 2020 by Khalid Abuhakmeh

Join us Thursday, December 10, 2020, 16:00 - 17:00 CET (10:00 AM - 11:00 AM EST or check other timezones) for our free live webinar, Tips & Tricks to improve your .NET Build Setup with MSBuild, with Martin Ullrich. Register now and get a reminder, or join on YouTube MSBuild is the powerful - now open source - build system used in all .NET Builds. It has a language of its own and allows you to customize most parts of your build. For growing code bases the requirements to the build and deployment setup of your project(s) increase as well, so in this session I want to show you a few Tips &
November 18, 2020 by Maarten Balliauw 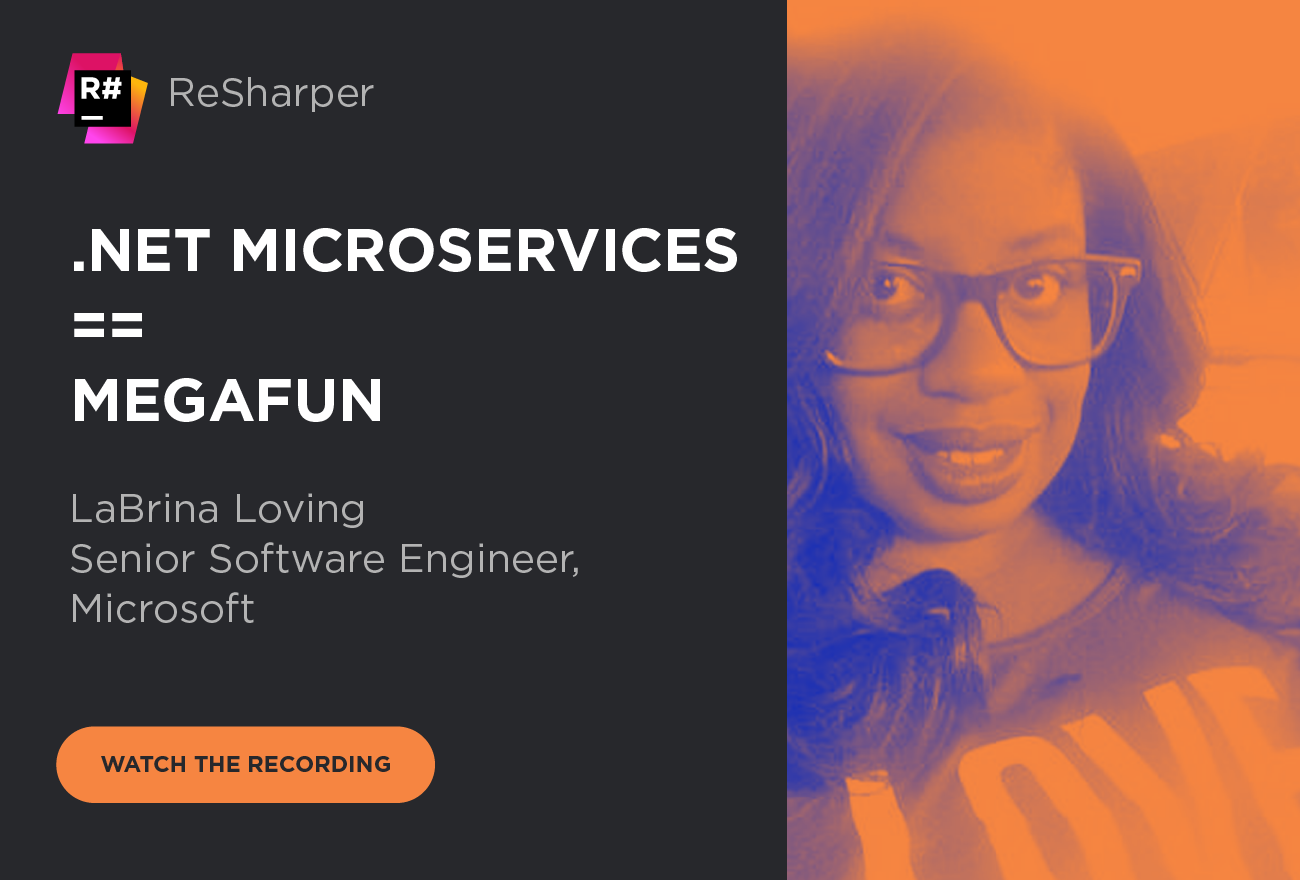 The recording of our webinar, .NET Microservices == MEGAFUN, with LaBrina Loving, is now available. Subscribe to our community newsletter to receive notifications about future webinars. In this session, I will provide an overview of getting started with building and deploying Microservices. We'll explore using services like Dapr and Project Tye to help build your microservices and look at how to deploy to Azure. (more…)
November 18, 2020 by Maarten Balliauw 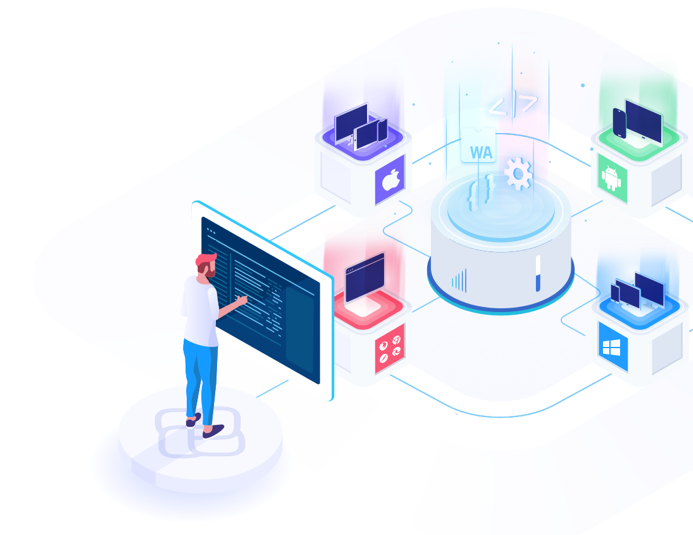 Working With Uno Platform And Rider

Today we would like to share with you a special guest post from our friends over at Uno Platform. They have been working hard on bringing a first-class cross-platform experience to .NET developers everywhere. This post was originally writen by Kenzie Whalen-Dunn. With the release of Uno Platform 3.0, developers can now create multi-platform applications for desktop, mobile and web apps using Rider. For those new to Uno Platform – it enables for creation of pixel-perfect, single-source C# and XAML apps which run natively on Windows, iOS, Android, macOS, Linux and WebAssembly. Uno Platform is Op
November 16, 2020 by Khalid Abuhakmeh 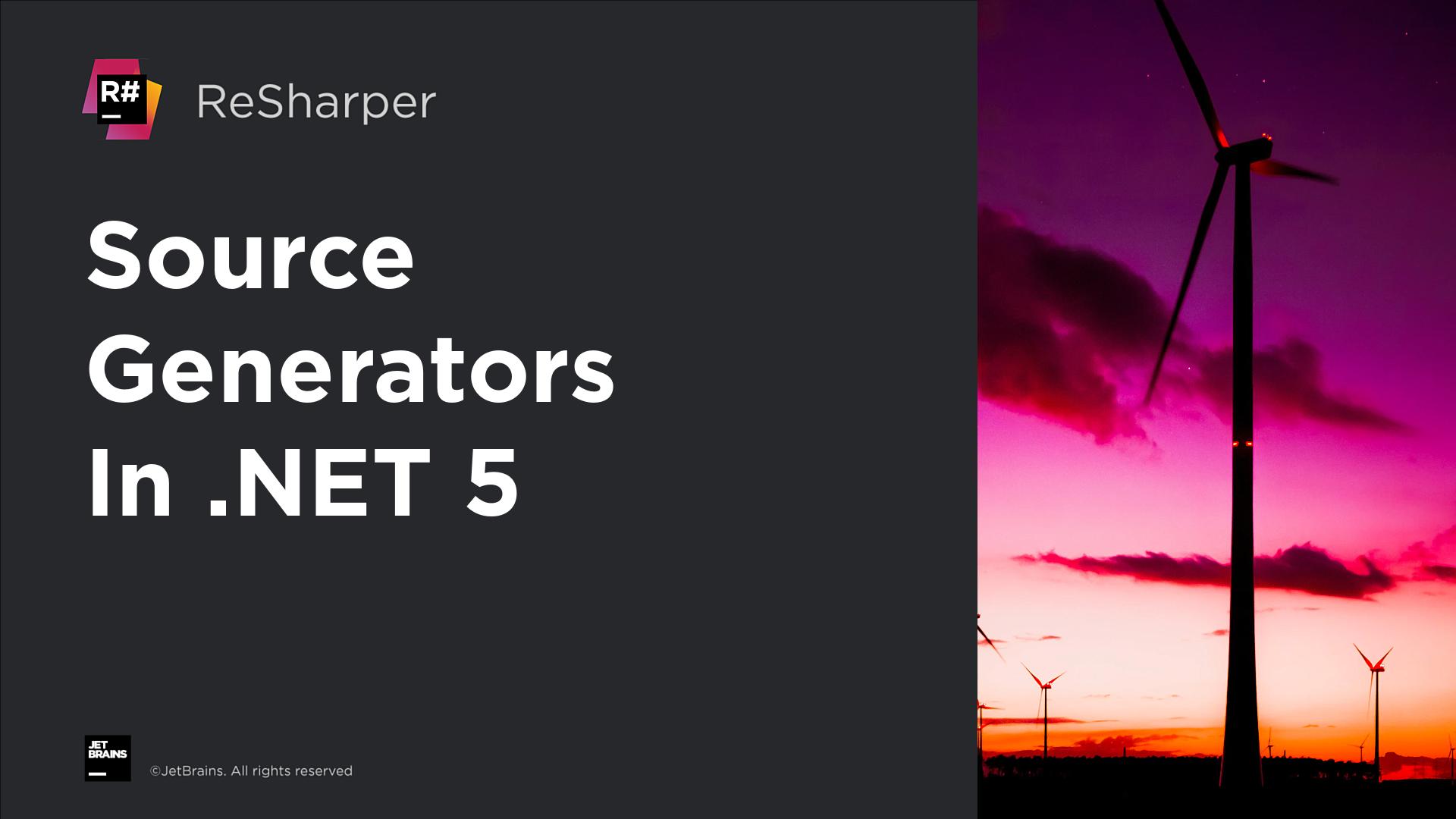 Source Generators in .NET 5 with ReSharper

One of the most exciting features in .NET 5 and C# 9 are source generators. They enable us to hook into the compilation pipeline that is executed for our projects, analyze source files that are to be compiled, and provide additional source code for our final assembly. In other words, we can take advantage of compile-time metaprogramming! Are you performing expensive reflection operations? Do you need to write a lot of boilerplate code like route mappings or builder methods? Source generators can make our lives a lot easier with these and many more scenarios that are yet to be discovered! Made
November 12, 2020 by Matthias Koch 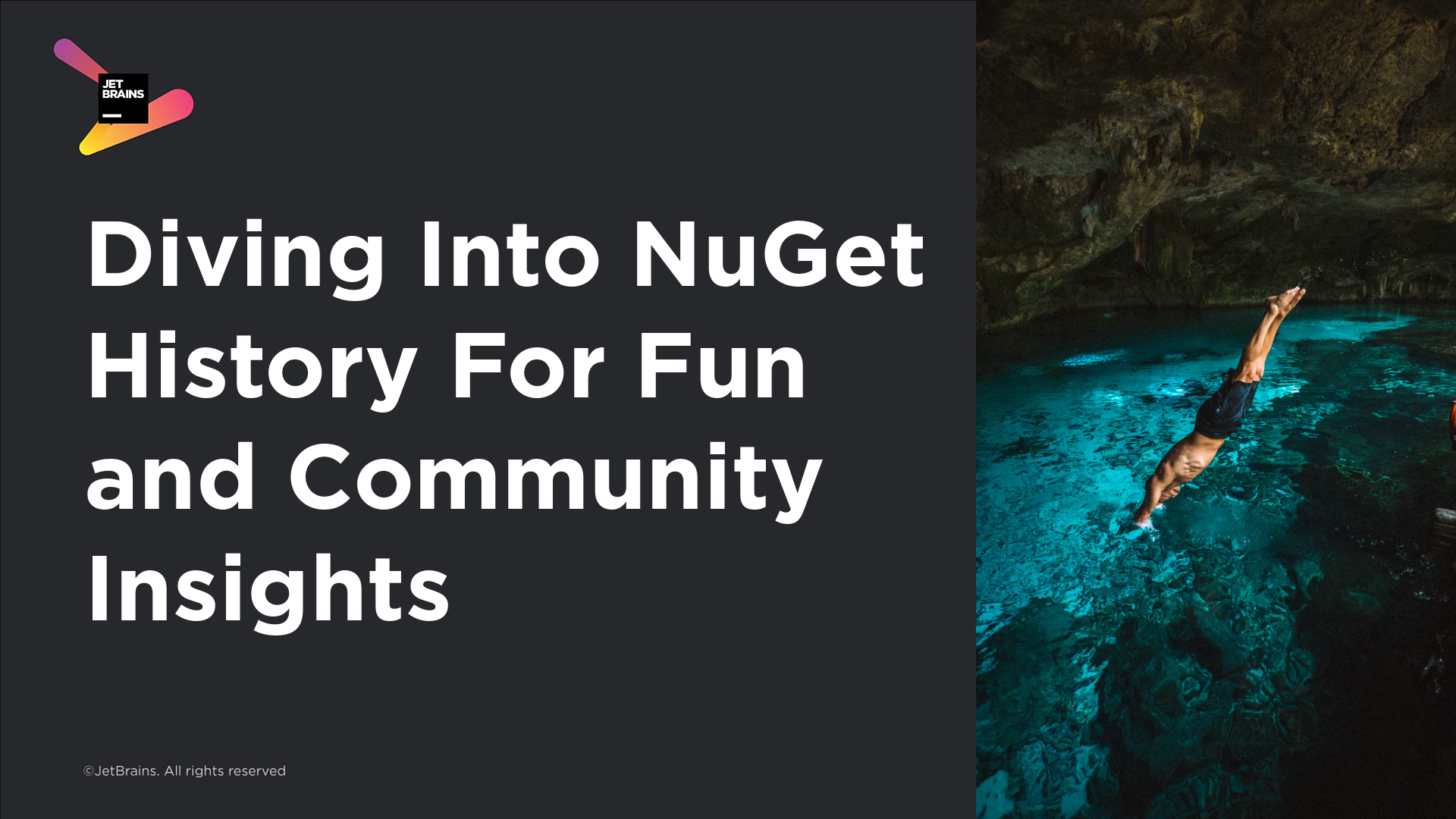 Diving Into NuGet History For Fun and Community Insights

In the dark ages of .NET, developers had to crawl the internet for dependencies, run installers, create bloated lib folders, and possibly introduce assemblies into the Global Assembly Cache. Gross! Those who remember will agree it was terrible, but it's better now! We can all breathe a deep sigh of relief knowing that package management is central to most modern technology stacks, including our beloved .NET. Today, most developers instinctually reach to the catalog of packages on NuGet to solve mundane to difficult problems. That's a good thing, but easy access to solutions also can lull us in
November 9, 2020 by Khalid Abuhakmeh 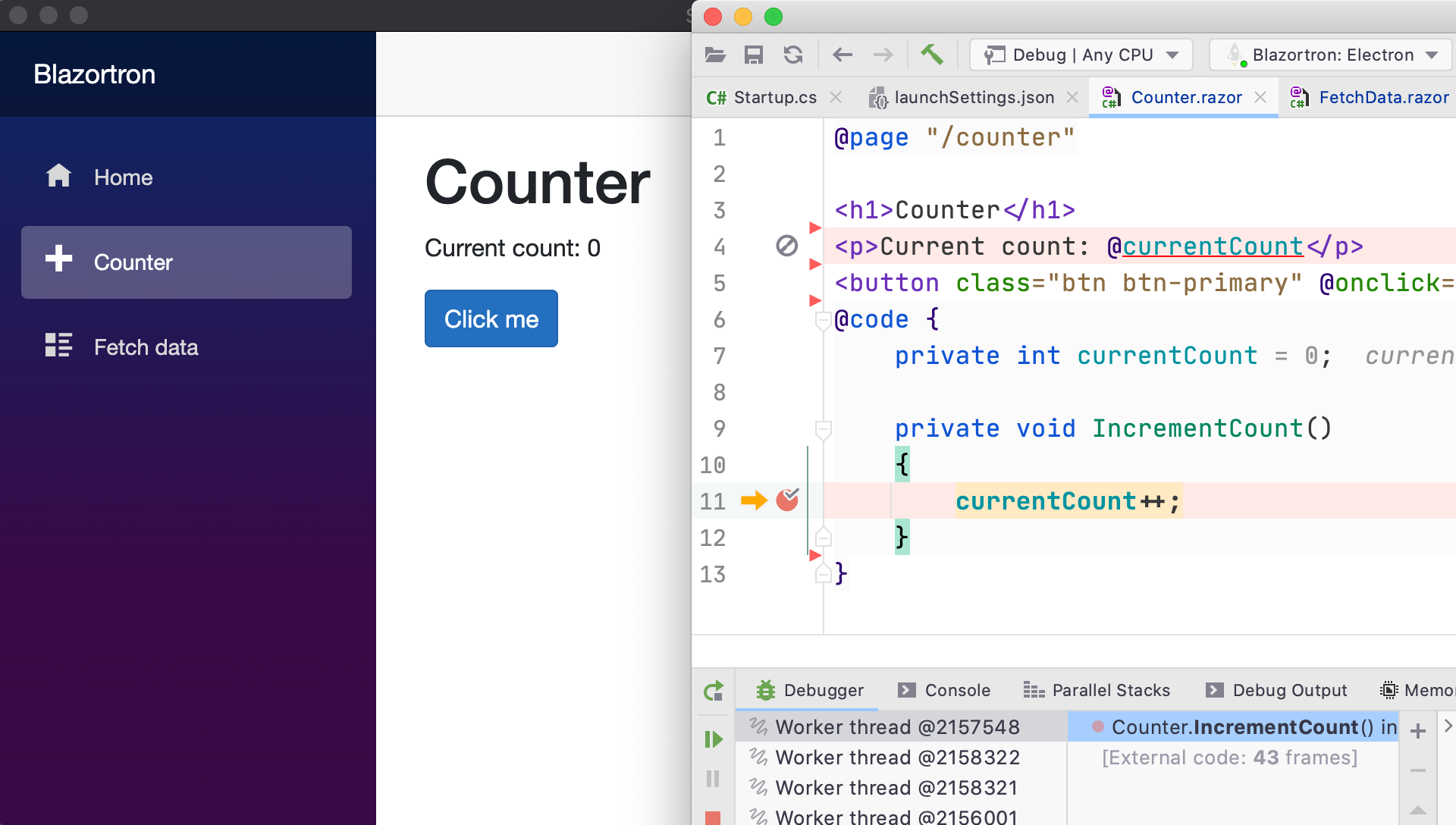 Hi-diddly-ho Blazorinos! A long-lived mantra of the .NET community has concentrated on transferable knowledge of C# into different paradigms, including desktop, mobile, web, and embedded systems. Blazor continues that trend of using what we know to build new and exciting solutions. Blazor has recently garnered a lot of buzz in our industry, focusing on bringing C# programming to frontend HTML experiences. In this post, we'll go one step further and see how we can embed Blazor into an Electron app to ship Blazor on the desktop. We'll also look at how we can debug our Electron application using
November 5, 2020 by Khalid Abuhakmeh

In 1995, Microsoft shipped Internet Explorer 2.0. Do you remember browsing the internet in 1995? According to Internet Live Stats, there were about 23,500 sites. That's all there was, and Geocities was one of them. By today's standards, most of those 23,500 sites were aesthetically awful. Later, in 2004, Firefox entered the scene to compete with IE. Web developers everywhere are familiar with its famous F12 dev tools. .NET news There's not a whole that happened in the past month, but the great news is that .NET 5 is almost ready. .NET 5 release at .NET Conf!! Announcing .NET 5.0 RC 2 Announc
November 2, 2020 by Rachel Appel 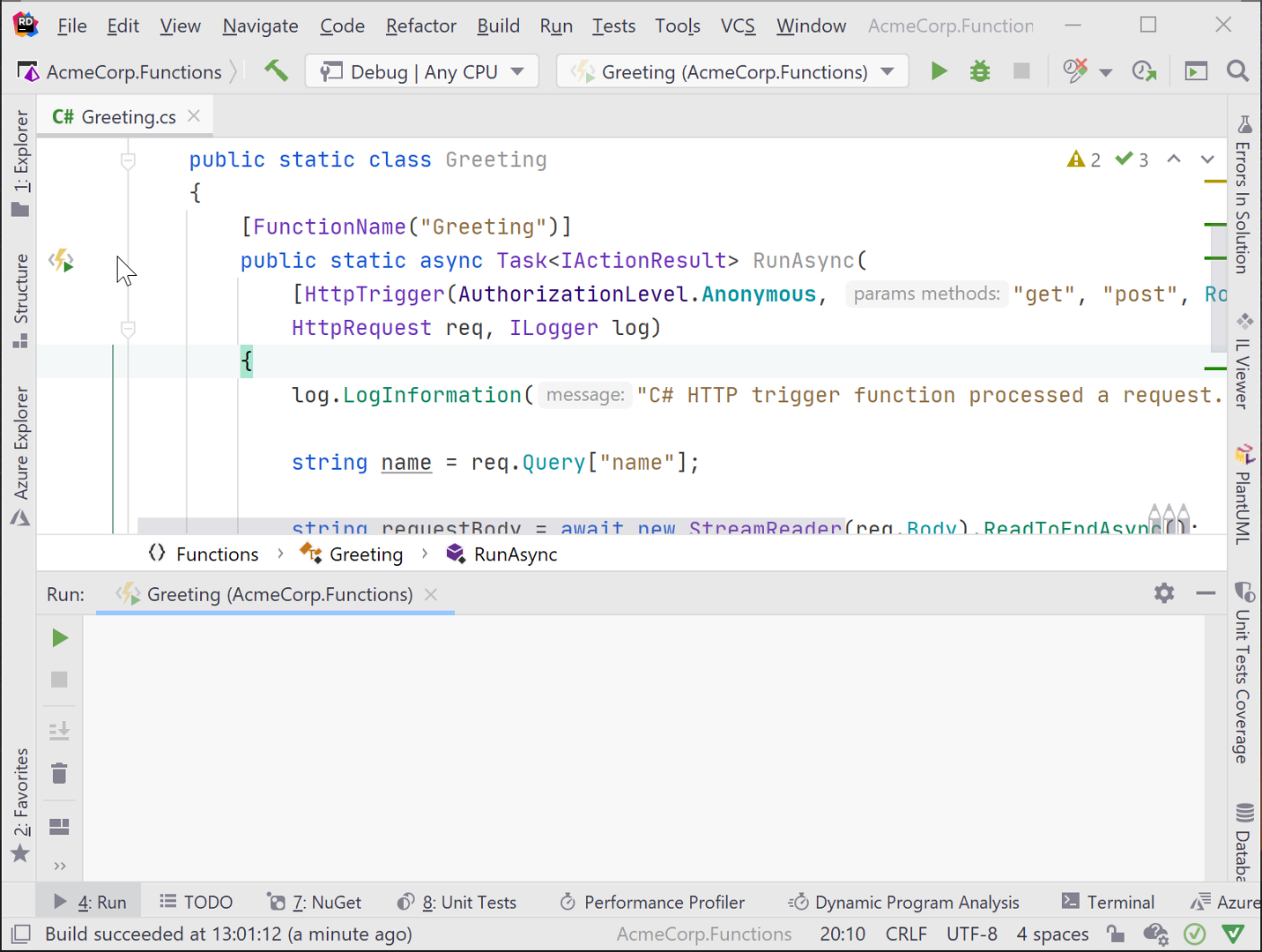 Azure Functions is a cloud technology from Microsoft. It helps individuals and companies from startups to mega-corporations, since they all have these few things in common: Code that doesn’t fit into traditional or popular application architectures. Code that must run based on some event that happens. Software that must integrate with other software. And this is where Azure Functions can help. So in this blog post, we’ll review what Azure Functions are and how they can help you, as well as demonstrate the basics of building an Azure Function app. Azure Functions Overview An Azure function is
October 29, 2020 by Rachel Appel