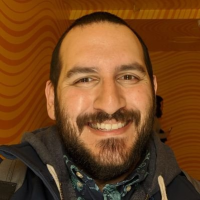 Hello from JetBrains! We have something interesting for you today. A few moments ago, we published the first bug fix update for our first release of the year - ReSharper Ultimate 2018.1.1. Below, you can find a list of the notable changes: (more…)

A fresh new build of Rider 2018.1 EAP just landed with many new additions. There was already a WPF Application project template, and we have now added a XAML preview tool window for WPF (on Windows)! When working in a WPF window or control, we can preview the results of any change we make in XAML code directly in Rider. Let's check it out! WPF Application project template When creating a new pro

When developing Windows Presentation Foundation (WPF), Silverlight and Windows Store applications, a number of common memory leaks may surface. In this blog post, we’ll see how dotMemory can help detect these common WPF memory leaks and how we can fix them. Here are the leaks we will discuss in this post: Binding leak Collection binding leak Textbox undo leak Event Handler leak x:Na

Let's see what's good in ReSharper 7 in addition to support for Visual Studio 2012 and WinRT development. Ever since the release of Windows Forms, the INotifyPropertyChanged interface has been used by developers to allow properties to notify whoever needs to know (typically, the UI) that they have changed. Support for change notification, which nowadays appears in many core (WPF, Silverlight) and