This guest post is brought to you by Zando.co.za engineering team. 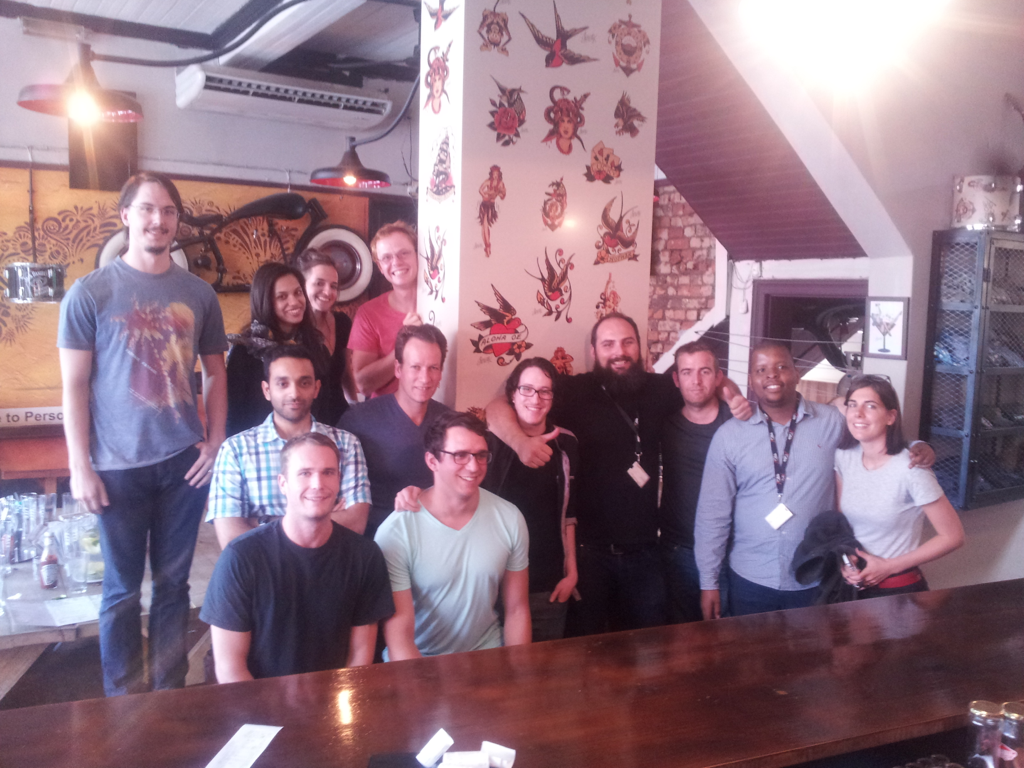 We are part of the Africa Internet Group stable of companies. A little over a year ago, we implemented a “code review culture” in our team (although at the time we didn’t realise it), to improve the way we develop and maintain our eCommerce platform.
At Zando, we are constantly improving the speed, stability and features of our website – and (as every eCommerce venture will tell you) defects in production directly correlate with a decrease in revenue. Given this fact, we work really hard to keep our website defect-free and continually optimised – and we use code reviews to accomplish this.

We at Zando are big proponents of JetBrains tools. Our entire team uses PhpStorm for our day-to-day coding (some of us have been using it for years), and two months ago we started using Upsource to review every single line of code that makes it into production.
We have been using Upsource 2.0 since the day it was released on 20 May 2015, and to me personally – this is the tool I’ve been dreaming of for code reviews since we implemented our code review culture. We experimented with the initial version of Upsource some time ago, but at the time it wasn’t quite ready for our particular way of working – but now as of 2.0, it fits our process seamlessly, and has improved our code reviews immensely.

GitHub is overall quite pleasant to work with for its stated purpose, but definitely not for a team with a mature code review process.

We tried Reviewable.io and liked it quite a bit actually, but it would regularly choke on larger reviews and general felt a bit sluggish since it is a completely client-side application. We also didn’t want to necessarily be locked into GitHub forever either, with great tools like GitLab becoming quite attractive.

After becoming irritated with GitHub’s shortcomings, we moved over to GitLab a few months ago.

GitLab has done really well to replicate GitHub, and makes a number of improvements on GitHub’s deficits. One big feature we found useful was the ability to prevent merges into particular branches; we use Git Flow, and it is helpful to protect the develop and master branches from unintentional (or intentional) merges without review.

Another thing that GitLab gets right is not spamming the entire team with emails after every comment, PR or merge! Just this alone made the team much happier and feel less overwhelmed with meaningless noise in their inbox.

Sadly though, as stated above, GitLab has copied GitHub a bit too closely with its unusable review process – and so we gave GitLab the boot and moved back to GitHub.

Upsource
After watching the demo videos for Upsource on the day of its release, we installed it right away. As a team, we’ve come to know and trust the JetBrains brand – and were excited to experiment with the new shiny toy! Installation was extremely simple, and we were up and running very quickly.

JetBrains put a lot of thought into 2.0, and it now boasts a lot of the features we’ve been waiting for since we began code reviewing intensely:

Code reviews are a team tool. Like in any creative industry, we need “editors” with experience to help us identify blind-spots, areas of improvement and problematic aspects of our code – to improve our craft. Code-reviews highlight where a developer is strong, but also where they need to improve.
Code reviews not only help reduce defects and improve developers’ repertoires, but they also tend to decrease “silos” by giving complete visibility and responsibility to the team of each other’s work.

Here are some helpful tips to implementing a code review culture in your team:

Many thanks to JetBrains and the Upsource team for a great piece of software that gets things done, instead of getting in our way!

Upsource 2.0.2 bug-fix updateWhat to look for in a Code Review

Hi everyone! Today we are happy to share with you how Upsource is used by Feedonomics, a company that combines best-in-class technology and service to list products everywhere people shop online, including Google Shopping, Amazon, and Facebook. Feedonomics services many of the world’s most prolific advertising agencies and brands, including over 30% of the top 1,000 internet retailers. We were happy to have a Q&A session with Brian Roizen, a Chief Architect and a Cofounder of Feedonomics. (more…)

Upsource helps us make our mobile apps awesome My name is Radoslaw Holewa and I am a co-founder and CTO of Miquido, a mobile app development company that delivers successful business-driven mobile solutions to clients like Skyscanner, Aviva, HelloFresh, Nestle and many others. Today I will give you a quick overview of our code review process and the reasons it's crucial for Miquido development. It is a well-known fact that code reviews help improve code quality which results in delivering high-quality software. It is not so obvious, though, that code reviews speed up the spreading of k