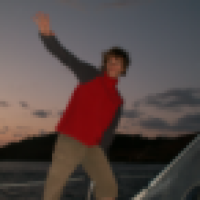 There are a lot of different Version Control Systems out there. Over the years, some of them have become more popular than others. While the IntelliJ platform provides Integration with various VCSs out of the box, the usage for some of these have steadily declined, to the point that a few of them have very little support demand whatsoever. As such, we’ve decided to reduce the number of VCSs supported out-of-the-box and focus on improving the most popular ones. What does this mean? Visual SourceSafe has reached its end-of-life, and ClearCase is approaching it next year. Given this, alo

How to Support Case-only Rename in Git

As you may know in IntelliJ IDEA 2016.2 EAP we've finally fixed a very annoying issue that didn't allow to commit case-only renames in IntelliJ IDEA. For a number of reasons, the solution was not so trivial, we decided to share some of its implementation details with you. When you are on a case-sensitive file system (Linux), case-only renames are just like any other renames, so you're all good. However, when the file system you're using is case-insensitive (like Windows or Mac), some of many Git commands will treat changing the file name case as a change, while others won't. Because of that

It happens quite often, that version control is used by people working on different platforms. This is why problems with line endings may appear. If you ever read the article from GitHub, you might already know, that Git can automatically address these problems. You just need to set git config --global core.autocrlf true on Windows or git config --global core.autocrlf input on Linux and OS X. However not everyone follows the instructions and setups VCS correctly. That's why we have made a couple of improvements in IntelliJ IDEA 12 to make life easier. (more…)

Sometimes there is a need to have multiple Git repositories within a single project. Since long ago IntelliJ IDEA is able to execute many Git operations on all roots at once: Commit, Update Project, Push. Now multi-repository support has come to branches. In IntelliJ IDEA 11.1 we have implemented two different approaches for multi-root branches. (more…)

Lightweight and fast branches are one of the major features and advantages of Git. We in Jetbrains want to make workflow with branches even more convenient and simple than it is in command line. You might have noticed that in IntelliJ IDEA 11.0 we've added new interface to checkout branches from Git. In IntelliJ IDEA 11.1 we have polished the look and feel, and made it more functional. The main goal of new interface is to concentrate on the most common use cases. Let's take a look at the features which the IDE offers to manage Git branches. (more…)