Hello! A new DataGrip 2022.2.5 bugfix update is available. Here are the most notable changes and bug fixes:

Hello! This update fixes the issue preventing tables from being rendered when the Transpose view is enabled.

This bug-fix update is focused on enhancing the new Modify Object UI. Before listing what we’ve improved, let us give you a bit more background info about how the new UI came about. Why the new UI? At some point it became clear that the whole Modify Object UI had to be rewritten from scratch. There were some usability issues, like expanding the UI, which we admit was not the best idea. However, the main reason was that with so many supported database engines, DataGrip just could not provide a powerful UI for objects in each of them. We could manually design the dialog for 3 or maybe 5 da 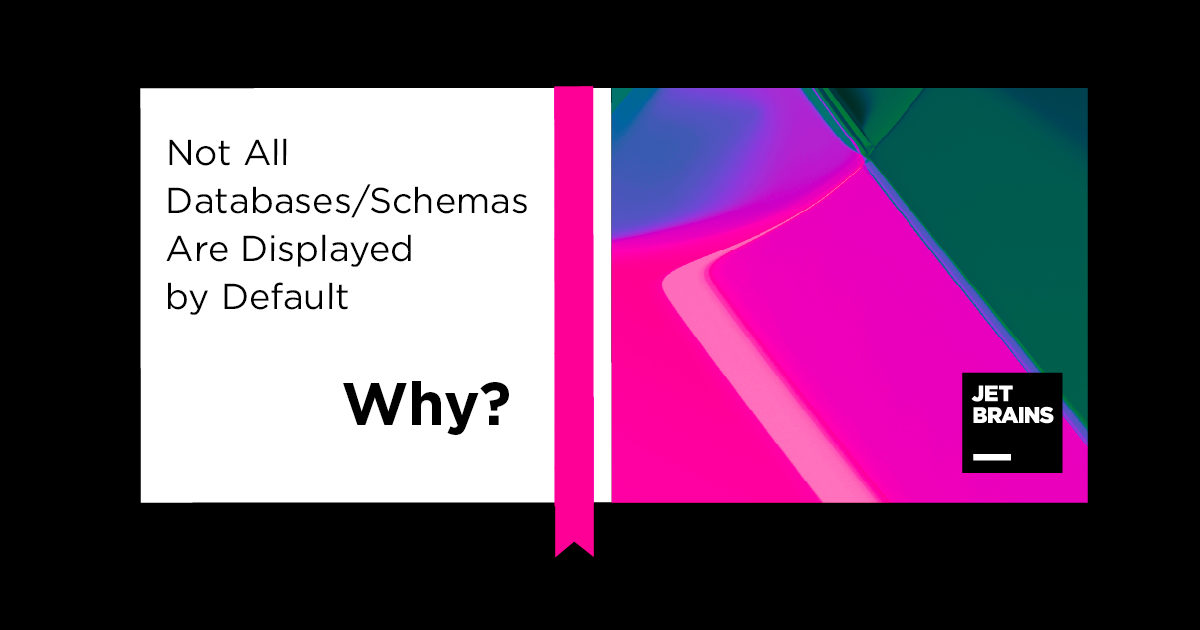 Not All Databases/Schemas Are Displayed by Default. Why?

There is one thing which makes DataGrip different from many other database tools: DataGrip doesn't show all schemas and databases by default in the database explorer. In this post we'll briefly describe why it's designed like this and what you can do if this doesn’t suit your workflow. The most important thing about DataGrip is that the essence of its work concerns database introspection. Introspection is the process where DataGrip loads the metadata for all the database objects and then uses this metadata for coding assistance and navigation. By default, all schemas shown in the databas

Hello! The first bug-fix update for DataGrip 2022.2 is out with the following change: DBE-15994: Clicking Compare Data opens the table content diff tab as expected.

Hello, We’ve just released the second major update of 2022. Here’s a list of all the improvements introduced in 2022.2. For detailed descriptions of all new features and enhancements, please visit our What’s new page. The option to import multiple CSV files You can now select several CSV files and import them at once! Playground and Script resolve modes We’ve introduced two resolve modes, Playground and Script, to ensure greater precision when resolving database objects in SQL scripts. Code generation Categories in the keymap We re-arranged the structure

Hello, DataGrip 2022.2 EAP build #2 is available. Let’s take a closer look at what’s inside. Playground and Script resolve modes Resolving database objects in SQL scripts takes an understanding of what the objects mean. This is necessary for the IDE to provide you with correct code completion and treat the usages of the objects as links. In general, the resolve context should match the running context, but that is not a trivial task for DataGrip to handle. This is why there were, until recently, several resolve-related problems. Here’s what would sometimes happen: All the object