We’re rolling out a new build of CLion, our forthcoming cross-platform C/C++ IDE.

Thanks to your feedback we get lots of things fixed and improved, especially a bunch of annoying toolchain problems. With this new build check environment functionality becomes smarter and helps you with the missing packets and unsupported versions. This will be especially important for those who have problems with MinGW toolchain on Windows most probably because of the missing libz packet. To make our Windows users even happier we’ve introduced MinGW-W64 support in CLion!

The users with some older Linux distributions will also get the CMake and GDB working out-of-the-box – we’ve bundled the static versions for you.

This build has some really tasty new feature that needs your feedback sooner rather than later. We’ve got a lot of messages from those who’d like to try CLion greatly but can’t do so because of the build-system limitation. CLion still supports only CMake-based projects, but now it’s able to create this CMake project from the existing sources! To give it a try press File | Import Project… or select an Import option on the Welcome wizard. You’ll need to specify the location of the sources, then select project files and include directories: 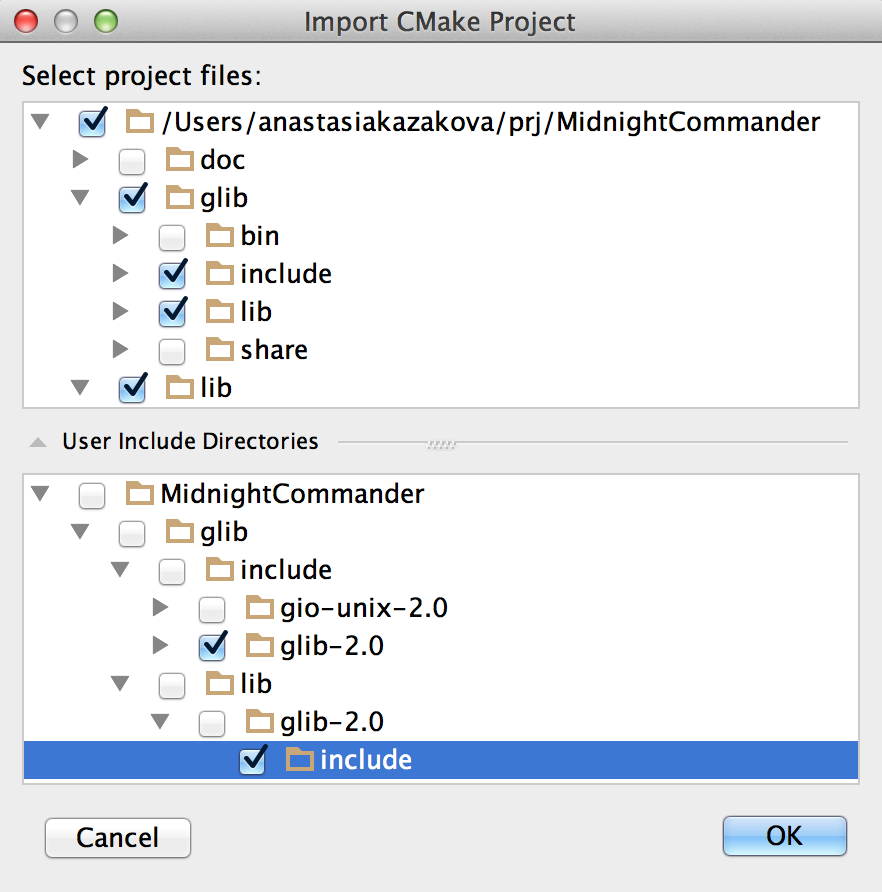 and you are done! You can now start working with your project in CLion.

We’ve also introduced fixes for some popular exceptions that were reported to us (for example, exceptions while debugging template functions or inline methods of the class) and quite a long list of other fixes and improvements.

Latest build is available on our EAP page. Be sure to check the quick start guide to learn how to quickly get started with CLion.

Let us know what you think — take part in discussions on the forum, and feel free to file bug reports and suggestions in our issue tracker.

EAP
CLion EAP, what’s next?CMake vs. the others, round 1