CLion and Linux toolchain on Windows are now friends!

In this post we’ll discuss how to work with WSL in CLion and how Windows users can benefit from this support.

Why do I need it?

CLion is a cross-platform IDE, that means you can run it on Windows, Linux, and macOS. From the very beginning it works with GCC and Clang compilers, which means on Windows it requires Cygwin or MinGW (or MinGW-w64). Later we introduced Microsoft Visual C++ compiler support, for those users who have it installed and want to use inside CLion on Windows.

Besides, we know that there are C++ developers who have Windows desktops but require Linux toolchain for building their projects. Cygwin could be a work-around. With Windows 10 Microsoft however introduced an even better way – Windows Subsystem for Linux. You simply get the prefered Linux distribution (Ubuntu, OpenSUSE and SLES are supported), configure the WSL and enjoy your new Linux environment in Windows. And now you can benefit from it in CLion!

That means the following is possible:

Windows Subsystem for Linux (WSL) is a compatibility layer for running Linux binary executables natively on Windows 10. Let’s start with the simple instruction on how to set it all up:

Full instruction on our confluence page.

Starting with the CLion 2018.1 EAP you can use WSL as a toolchain in CLion. Go to Build, Execution, Deployment | Toolchains and select WSL in the environments dropdown: 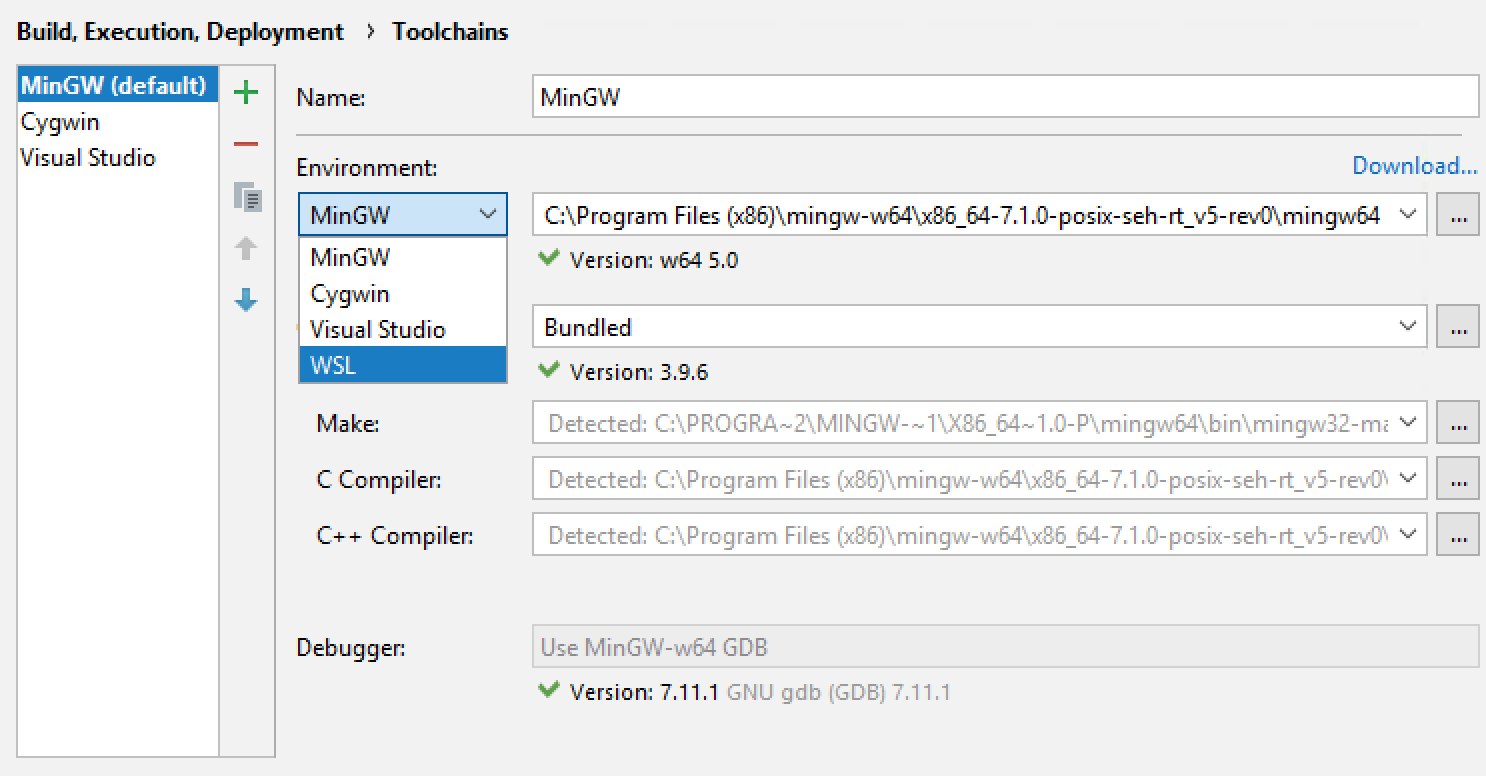 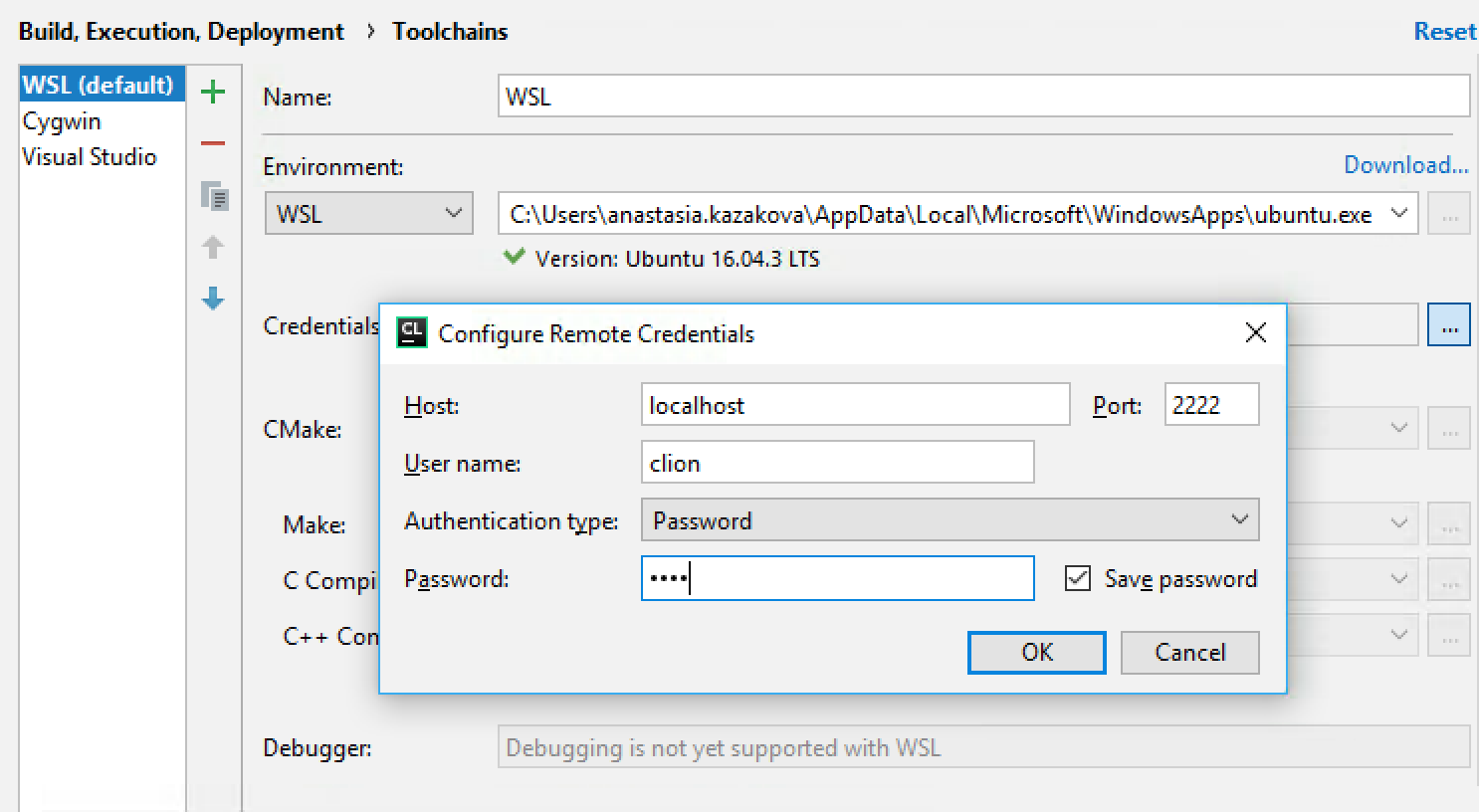 Check if everything is connected and working, CMake, C, and C++ compilers are detected and available to use: 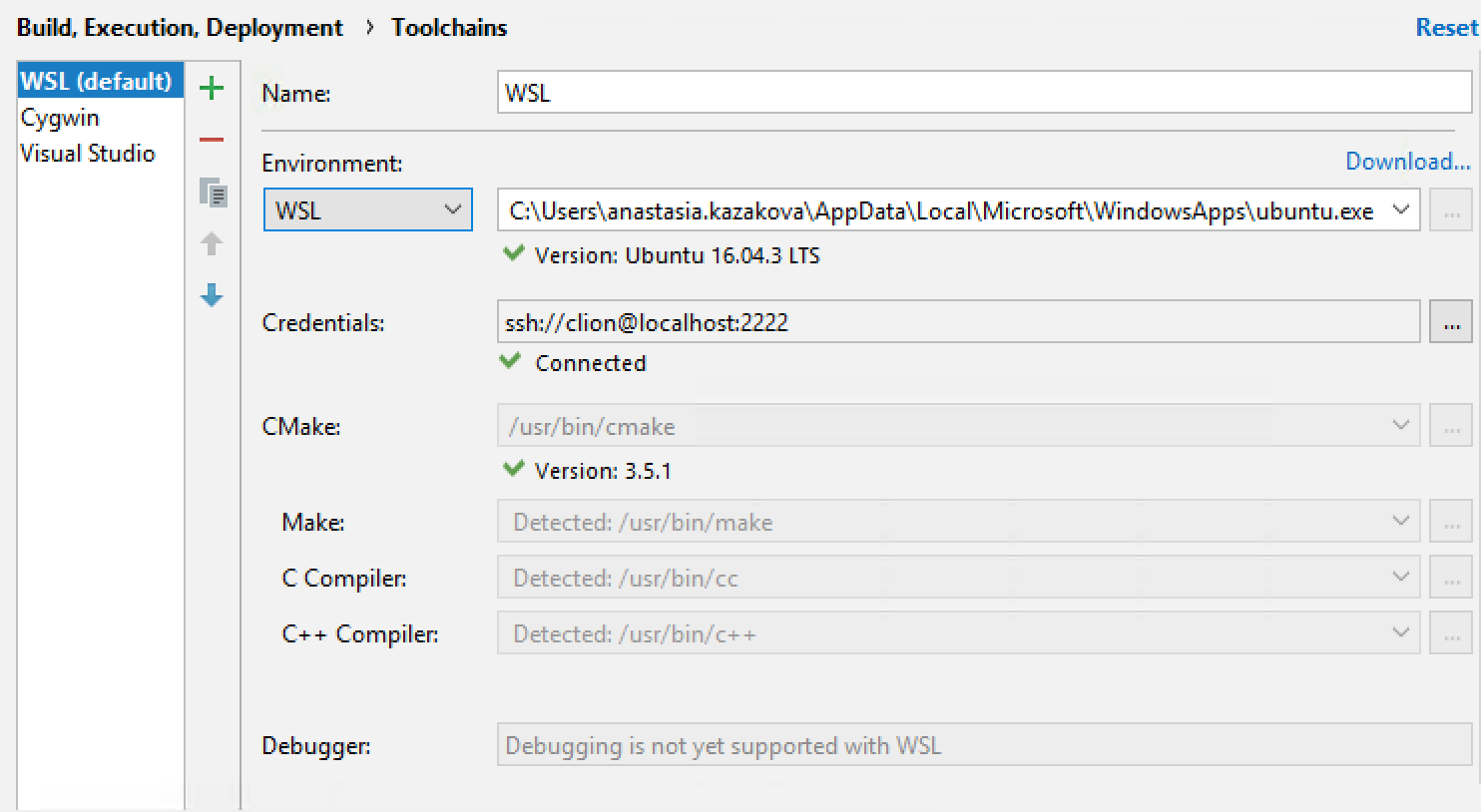 That’s it! And a short demo at the end:

WSL support is a first step to implement full remote development support in CLion. It’s planned to work over ssh, just the same way the WSL now works in CLion, and will be available on all platforms.

We encourage our Windows users to try out the new WSL toolchains support in CLion, and report any issues they find to our bug tracker.