CLion comes with powerful debugger integration, giving you access to backend debuggers such as GDB and LLDB via a uniform UI. The IDE helps you debug efficiently with its built-in variables view, a variety of stepping and breakpoints options, evaluation of expressions, and memory and assembler views.

You might be aware of this feature if you’ve ever used Set Next Statement in Visual Studio or Jump to Line in IntelliJ IDEA. In brief, it allows you to move the execution during debugging to an arbitrary line of code in the editor.

To move around the code when debugging, the following actions were previously available:

We’ve now added a new action – Set Execution Point to Cursor. It becomes available after you start a debugging session, and it allows you to jump to a particular line and set the execution point there, skipping all other commands in between.

There is no default shortcut for the action yet, but you can assign it in the keymap settings. Or you can simply drag and drop the orange arrow from the gutter, inserting the execution point on the desired line. The highlighting will help you select the right execution line you need as you’re dragging the arrow: 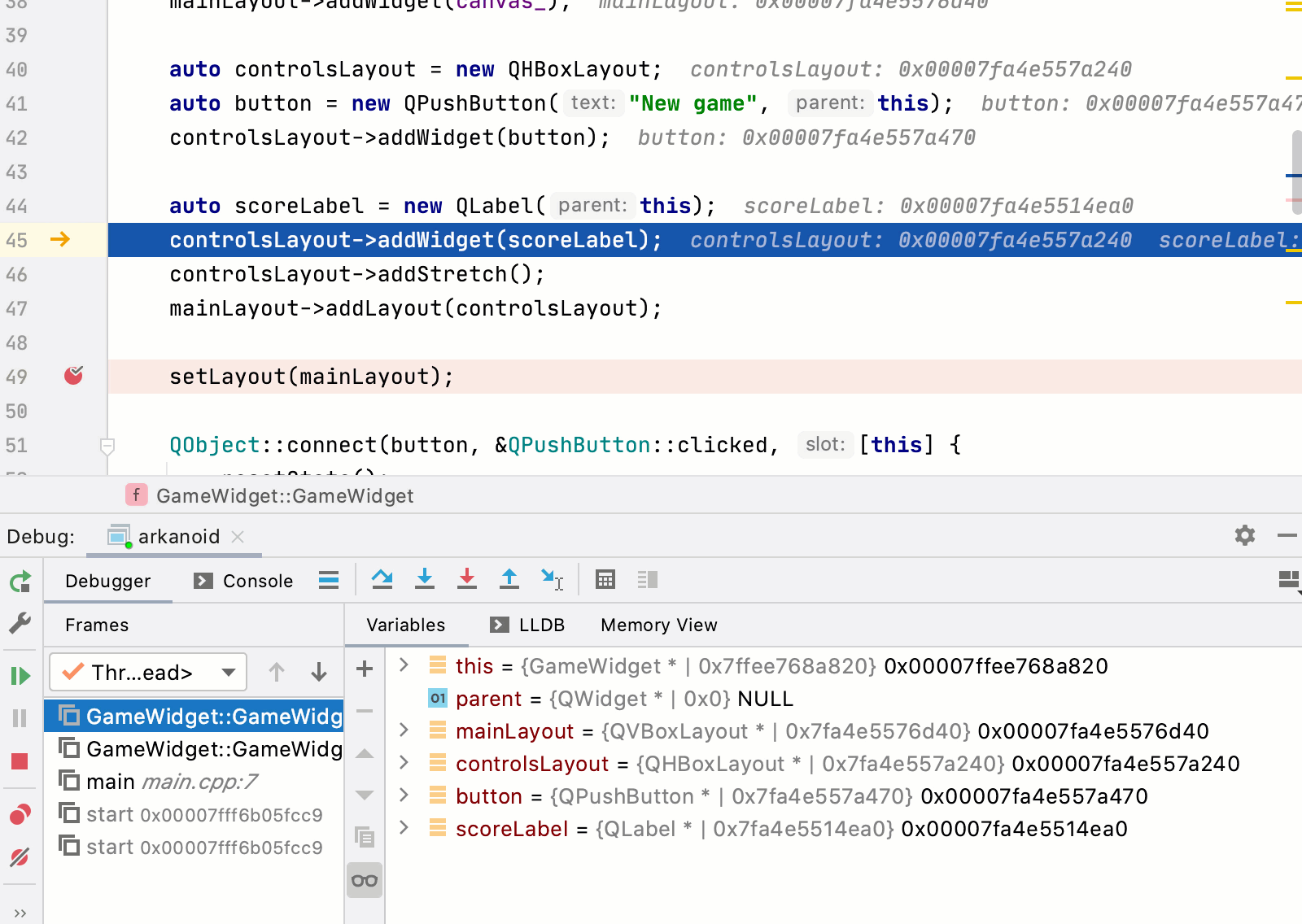 Note that you can move the arrow either forward or backward!

Moving back and forth is easy when the execution graph is linear. But what if the control flow graph is more complicated? With the Set Execution Point action you can:

For example, this may be useful if you want to check another branch during the debug session without restarting the whole session: 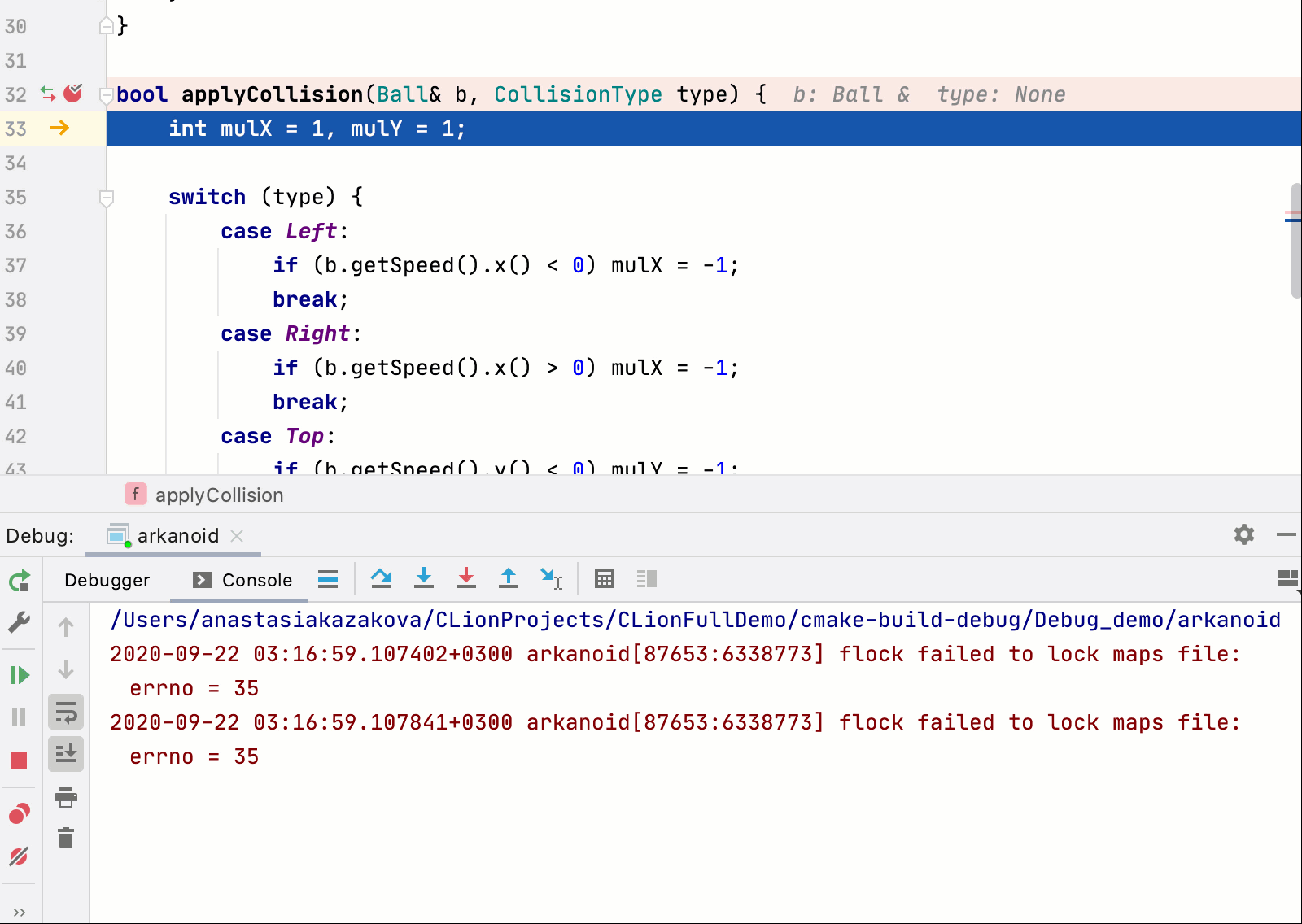 Note, however, there could be some negative consequences for the program execution when moving the execution point:

Isn’t this feature cool? Try it for yourself and please share your feedback and thoughts here in the comments or in the parent ticket in YouTrack: CPP-9661.