February 5th and 6th, MCE2015 takes control of the iconic Kinoteka cinema at the Palace of Culture and Science in Warsaw, Poland. Initially a conference for developers by developers, this year’s event expands to embrace all mobile creators – developers, designers and tech leaders.

At MCE2015 and JetBrains booth will be Anastasia Kazakova, Maxim Medvedev and Svetlana Isakova, who has a talk at the conference. Come by and learn about the latest advancements in our tools for mobile development including: Kotlin for Android and AppCode with Swift support. You may also be interested in having a look at our recent interview with Maxim discussing Swift support in AppCode.

Be sure to catch our Kotlin session on the second day of the conference. 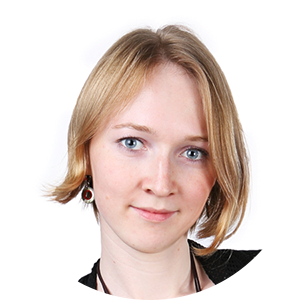 Kotlin, the Swift of Android

Apple has introduced “a better language” for iOS developers. But what options do we have for Android? Surely, Kotlin should be under consideration! Android Studio is now based on IntelliJ IDEA, the “native” environment for Kotlin.

Kotlin can help you reduce the amount of code you write for Android applications and at the same time make it readable and more maintainable. In this session we’re going to see how certain constructs and DSL’s can be used to make Android more enjoyable.

When we say ‘Kotlin is everywhere’, we mean it. Kotlin works on all platforms, and it allows you to develop all types of applications. Developers are excited about Kotlin and hungry for opportunities to learn more. Now it’s time to bring it to your city with the support of JetBrains and Google. We’re happy to announce our new program, Kotlin/Everywhere – a series of community-driven events focu

KotlinConf 2018 Videos, Slides, and Photos are Out!

The KotlinConf 2018 videos and their accompanying slides are all now available on the schedule on the website. In addition to this, there are two playlists on the JetBrains TV channel which cover day one and day two. The pictures from the event have been uploaded too. Check out the picture gallery, and try and find yourself, your friends, and your colleagues, in some of the biggest highlights from

Kotlin 1.3 Webinars. Update: the recordings and slides are available

JetBrains is hosting two webinars on Kotlin 1.3 this December. Both events aim to explore the most common use cases and the challenges in adopting Coroutines, Kotlin/Native, and Multiplatform Projects. Andrey Breslav will answer the questions you have on Kotlin 1.3 and our future plans during the Q&A session. To ask your questions, use #kotlinask_13 on Twitter or use YouTube chat during the w

You can read this blog post in other languages:   Today we are releasing Kotlin 1.3 together with a set of accompanying libraries, build tools, and learning materials! We develop Kotlin to be a good tool for all application developers, at all scales and on all platforms. In Kotlin 1.3 coroutines graduated to stable, making non-blocking code easy to read and write. Scalability ha