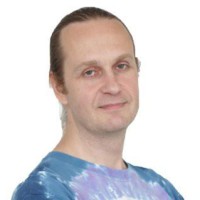 We are glad to present you the fourth milestone of the upcoming Kotlin release. We’re wrapping up the development of the version 1.1, with the final release planned for Q1 2017. Most features are already in decent shape, so it is a good time to try it and give us your feedback. We will appreciate it a lot!

As with other milestone releases, we give no backwards compatibility guarantees for new language and library features. Anything introduced in milestone releases of 1.1 is subject to change before the final 1.1 release.

Please do share your feedback regarding the new features or any problems that you may run into with this release, via YouTrack, forums and Slack.

This milestone brings a significant rework of coroutine syntax and semantics, making coroutines simpler and more flexible. It also contains standard library enhancements, new language features and compiler plugins, numerous features and improvement in the JS backend, and many other fixes and updates.
The new release also includes all features introduced in the Kotlin 1.0.6, including updates for compatibility with Android Studio 2.3 Beta 1.

The full changelog is available here and some key changes are listed below:

We have significantly re-thought the coroutines design, making it simpler, composable and more powerful:

The corresponding builder is called async and implemented via the startCoroutine function:

And they can be used together to write a more naturally-looking code with futures:

However, futures are just one of many supported use-cases for coroutines. The full overview of the coroutine implementation and their usage samples are available in the revised KEEP document.

We think that now we have got a great design of coroutines for Kotlin, but we realize that it has not been battle-tested enough. Therefore we are going to release it in 1.1 under an opt-in incubation flag. Starting from this milestone you’ll get “This feature is experimental: coroutines” warning when using coroutines. You can turn off this warning with -Xcoroutines=enable compiler flag or disable this features with -Xcoroutines=error compiler flag. The corresponding setting is also available under Kotlin compiler settings in the IDEA. To set this option for a gradle project you can add kotlin.coroutines=enable or kotlin.coroutines=error to local.properties file at the root of project.

If you are using kotlinx.coroutines library please use updated version 0.2-alpha-1, adapted to the newest changes in the coroutines design. This version also introduces yieldAll method in the generate scope. Please see the readme file for further details.

Type for properties can be inferred from getter

For example in the code below the type for the property foo will be inferred as String. See the issue KT-550 for some more details.

Floating point number comparisons now use IEEE 754 compliant comparison where the type is known statically to be Double or Float. For ranges of floating point numbers we’ve introduced specialized ClosedFloatingPointRange interface, which provides its own comparison method, so that extension operations employing ranges, like coerceIn, could be implemented on top of that. Its instances are obtained with the operator .. invoked on two Float or Double values. See KT-4481 and KT-14651 for details.

It is possible now to intercept delegate to property binding using the provideDelegate operator.
For example, if we want to check property name before binding, we can write something like this:

Here method provideDelegate will be called in constructor initializer for class MyUI. So, we can check property consistency at the moment of creation. Earlier such checks were only possible at the moment of calling getter or setter.

Unfortunately, the feature is not yet properly documented, but you can use this draft document as an initial reference.

Enhanced nullability of some JDK methods

Some functions in JDK have a nullability contract defined in the documentation, some do not accept null values, some never return null, and yet others can return null sometimes.
Unfortunately, the JDK does not use any annotations to express such contracts and only states them in the docs. Once before 1.0 we used an external annotations artifact for the JDK which could be supplied to the compiler to alter the signatures of JDK functions, but that approach wasn’t reliable enough.

Now we’re introducing another approach: embedding the information required to enhance the JDK signatures directly into the compiler. As a first step we cover the nullability of a small subset of the API:

These enhancements are safe in most cases. In particular, they are safe when the enhanced type becomes more specific (non-nullable) in return position or more general (nullable) in parameter position. But when the type is changed in the opposite direction, the change will be breaking.
We strive not to introduce such breaking enhancements unless not respecting the correct nullability would lead to an exception in runtime. So for example Optional.of now takes a non-nullable argument which is more restrictive, but trying to pass null to that method would result in an exception anyway.
On the other hand, we decided not to specify the correct nullability for File.listFiles which actually can return null sometimes, because in most cases there’s no meaningful fallback other than to throw another exception.

There is a bunch of new extensions on the String class to convert it to a number without throwing an exception on invalid number: String.toIntOrNull(): Int?, String.toDoubleOrNull(): Double? etc.
Beware that these functions will box resulting numbers before returning them, as the return type assumes it.

We would like to thank Daniil Vodopian for his substantial contribution to the development of these functions.

onEach is a small, but useful extension function for collections and sequences, which allows to perform some action, possibly with side-effects, on each element of the collection/sequence in a chain of operations.
On iterables it behaves like forEach but also returns the iterable instance further. And on sequences it returns a wrapping sequence, which applies the given action lazily as the elements are being iterated.

Thanks to Christian Brüggemann for the initial prototype.

external instead of @native

You can now describe declarations which should be imported from JavaScript modules more precisely.
If you add @JsModule("<module-name>") annotation on an external declaration it will be properly imported to a module system (either CommonJS or AMD) during the compilation. For example, with CommonJS the declaration will be imported via require(...) function.
Additionally, if you want to import a declaration either as a module or as a global JavaScript object, you can use @JsNonModule annotation

Let’s see the full example below. You can import jQuery library to a Kotlin source file like this:

In this case, JQuery will be imported as a module named jquery and alternatively, it can be used as a $-object, depending on what module system Kotlin compiler is configured to use.

You can use these declarations in your application like this:

You can check the generated JS code for this snippet for the CommonJS and “plain” module systems here.

In Maven/Gradle: Add http://dl.bintray.com/kotlin/kotlin-eap-1.1 as a repository for the build script and your projects; use 1.1-M04 as the version number for the compiler and the standard library.

On try.kotlinlang.org. Use the drop-down list at the bottom-right corner to change the compiler version to 1.1-M04.