We’re happy to announce the release of Kotlin 1.1.3, a new bugfix and tooling update for Kotlin 1.1. The update brings a number of new IDE features, performance improvements in the compiler and IDE, efficiency improvements for generated bytecode, and lots of bugfixes. The update is compatible with all versions of IntelliJ IDEA from 2016.2 until 2017.2, as well as with Android Studio 2.3 and 3.0 Canary.

We’d like to thank our external contributors whose pull requests were included in this release: AJ Alt, Chris Horner, Gaetan Zoritchak, Jonathan Leitschuh, Kirill Rakhman, Marek Langiewicz, Nadia Humbert-Labeaumaz, Shaun Reich, Yoshinori Isogai, and last but not least Yuli Fiterman (who contributed an initial implementation of one of the major new features in this release, parameter/type hints). Thanks to everyone who tried the EAP builds and sent us feedback, too!

This release adds initial support of compiling Kotlin code against a Java 9 JDK. Note that module-based visibility checks will be supported in future 1.1.x updates; as of 1.1.3, Kotlin doesn’t use information from module-info.java in any way.

The Kotlin Maven plugin now supports parallel builds, so if you run Maven with the -T option, it will now be able to compile multiple Kotlin modules in parallel.

Usages of the TODO() method are now highlighted in the editor as TODOs and shown in the TODO view. 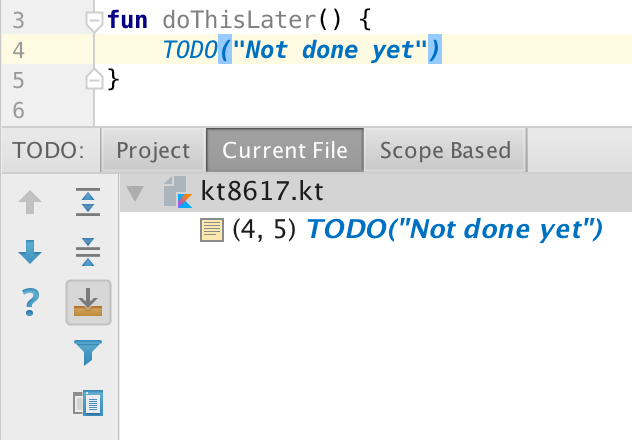 If you enable semantic highlighting in the Colors & Fonts settings, Kotlin will highlight the definition and all occurrences of every local variable and parameter with a distinct color. 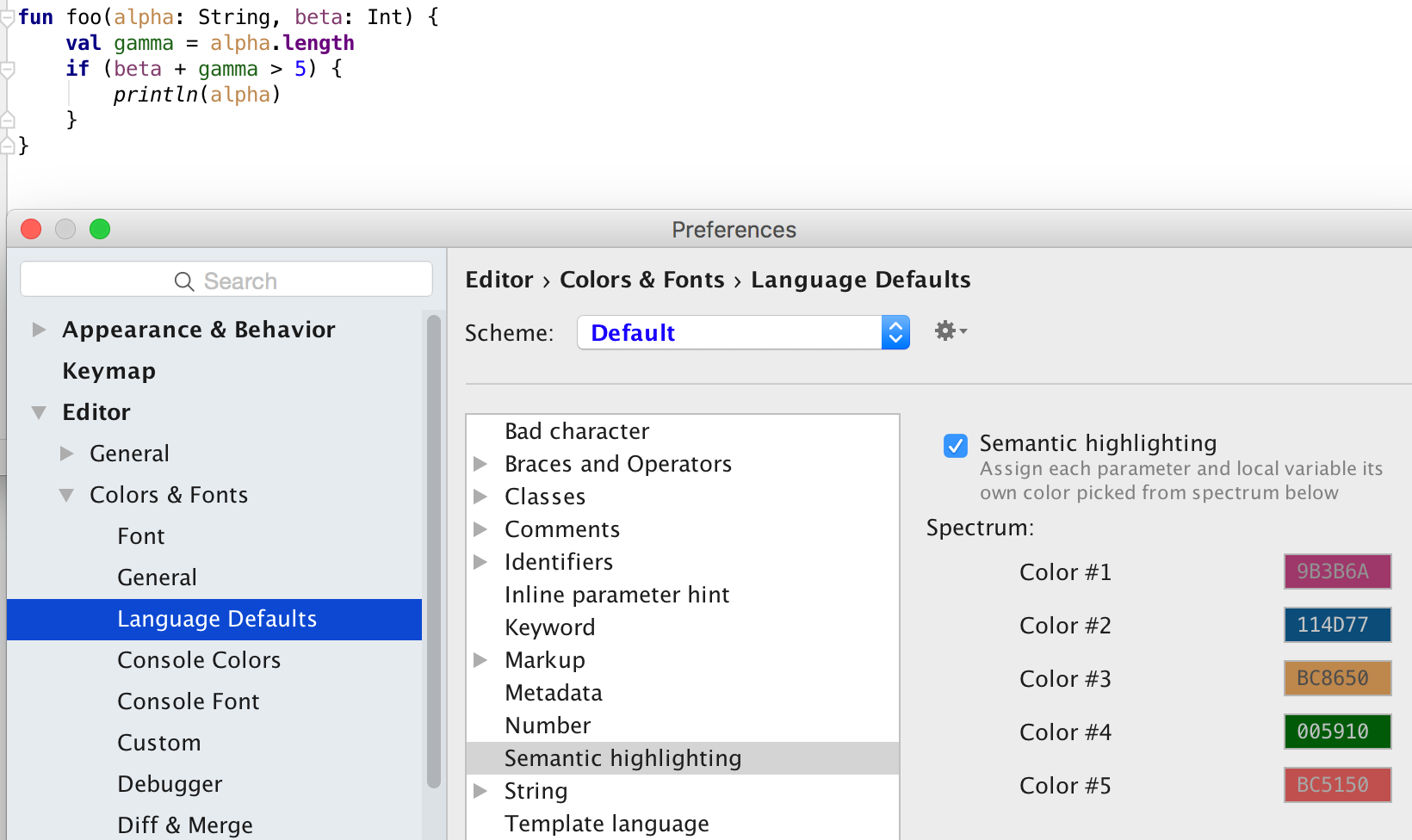 Following the lead of IntelliJ IDEA’s Java support, Kotlin now supports showing editor hints for parameter names in calls where the meaning of the arguments may not be clear from the context. This is particularly useful for calling Java code from Kotlin – in pure Kotlin code, such situations should be resolved through the use of named arguments.

Similarly to the previous feature, the Kotlin plugin now supports showing inferred types of variables, functions and parameters in editor hints. This functionality is disabled by default; you can enable it in the editor appearance settings. 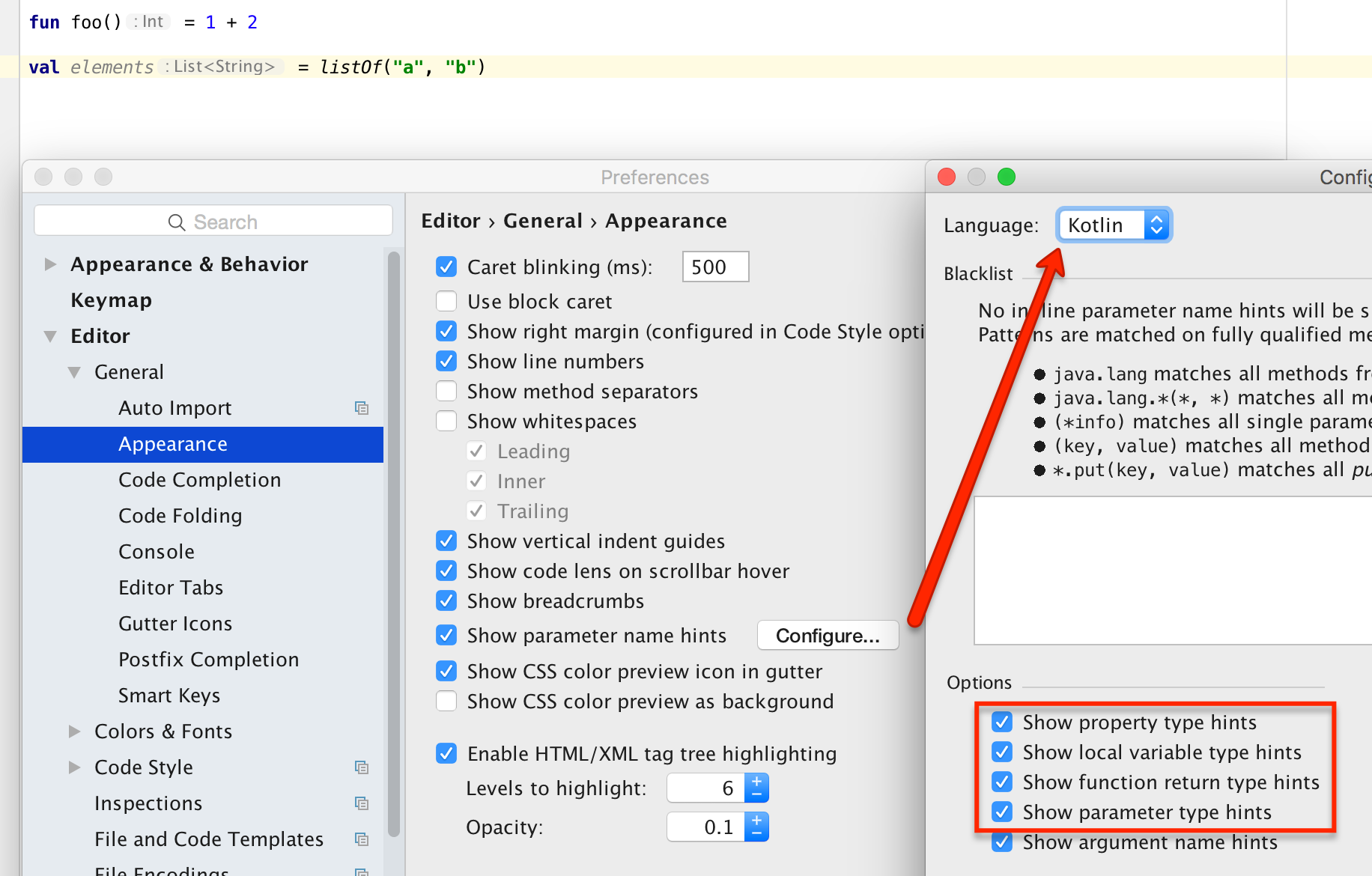 newsletter
Kotlin/Native v0.3 is outEarly access program for Kotlin 1.2 has been started