Kotlin
Visit the Kotlin Site
Home/Kotlin/Kotlin 1.2.20 is out

We’re happy to announce the release of Kotlin 1.2.20, a new bugfix and tooling update for Kotlin 1.2. This update:

Compilation performance continues to be a major focus for us, and in this release we’ve mostly delivered improvements related to the Gradle plugin.

The first improvement is the support for Gradle build cache. If you’re using Gradle 4.3 or newer and the build cache is enabled (it’s not by default, requires --build-cache or org.gradle.caching=true), the plugin will reuse compilation results from previous executions of the Kotlin compile task. For example, if you build the master branch of your code, then switch to a different branch, build again, and switch back to master, the code will not be recompiled – previous results of master compilation will be reused.

The second improvement is more precise tracking of changes in Java files, allowing to avoid Kotlin recompilation when the changes in Java do not affect Kotlin code. This feature is experimental; to enable it, add the following line to your gradle.properties file:

Finally, changes to Android layout XML files no longer cause recompilation of all Kotlin sources; only Kotlin files that reference properties generated by Kotlin Android Extensions (kotlinx.android.synthetic.*) are recompiled.

We’ve recently released a new official Kotlin style guide, covering the formatting of Kotlin code and the idiomatic use of language and library features. Since this version, the formatter fully supports the new style guide. Also, many style guide violations can be detected with IntelliJ IDEA inspections and corrected with quick fixes. 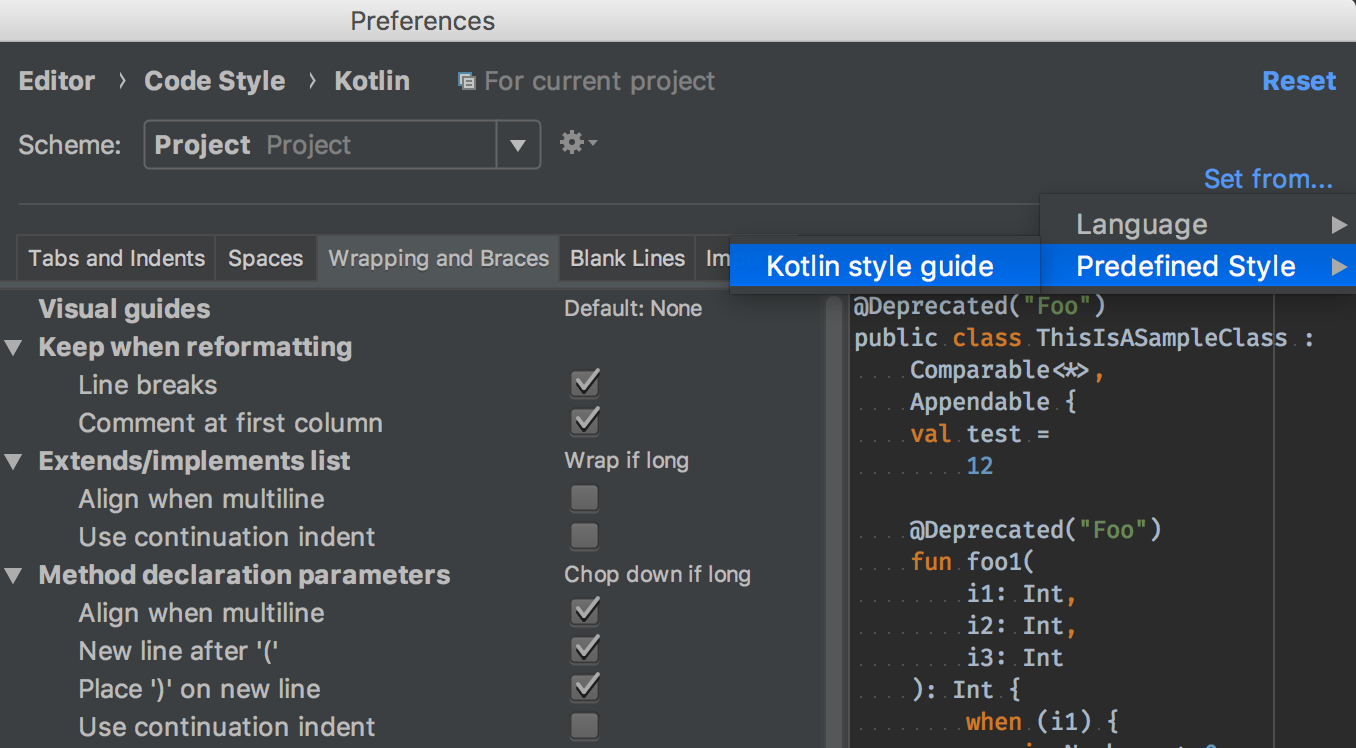 The new version of the plugin adds inlay editor hints for implicit parameters of lambdas, as well as for values returned from lambdas. The following screenshot illustrates both features in action.

We continue to highlight the upcoming changes in 1.4 release. In this blogpost, we want to describe a couple of important features related to coroutines: New functionality to conveniently debug coroutines The ability to define deep recursive functions These changes are already available for you to try in the 1.4.0-RC release! Let’s dive into details. Debugging coroutines Coroutines are great for asynchronous programming (but not only for that), and many people already use them or are starting to use them. When you write code with coroutines, however, trying to debug them can be a real pain.
Posted on July 29, 2020 by Svetlana Isakova

We’re almost there! We're happy to unveil Kotlin 1.4.0-RC – the release candidate for the next major version of our programming language. Read on to learn about what has changed in Kotlin 1.4.0-RC, and make sure to try its new features before they are officially released with Kotlin 1.4.0. A special thanks to everyone who tried our milestone releases (1.4-M1, 1.4-M2, and 1.4-M3), shared their feedback, and helped us improve this version of Kotlin! This post highlights the new features and key improvements that are available in Kotlin 1.4.0-RC: Improved *.gradle.kts IDE support, with explicit
Posted on July 27, 2020 by Sebastian Aigner
Subscribe