Today, after a long chain of incremental 1.2.X updates, it’s time to see what’s coming in Kotlin 1.3. We are happy to announce the first preview version of the new major release: Kotlin 1.3-M1.

Kotlin 1.3 brings many advancements including graduation of coroutines, new experimental unsigned arithmetic, and much more. Please read on for the details.

Coroutines are graduating to stable

Finally, coroutines will not be experimental anymore in 1.3. Both the syntax and the Standard Library APIs are stabilized and will remain backwards-compatible in the future.

Coroutines have been improved significantly since their introduction in 1.1. Notable features include:

The core APIs have been simplified and moved out of the experimental packages.

We are also working on a multiplatform version of the coroutine APIs, including iOS support through Kotlin/Native.

As we’ve said earlier, all the packages with coroutine-related functions in Kotlin have dropped experimental from their package names, and buildSequence and buildIterator functions have moved to their permanent place in the kotlin.sequences package.
On the language level, there is still a suspend modifier to support coroutines, and all the rules for working with coroutines remain mostly the same as they were in the experimental version.

The graduated Continuation<T> interface is simplified. It has only one resumeWith(result: SuccessOrFailure<T>) member function (for details see the SuccessOrFailure section below). The resume(value: T) and resumeWithException(exception: Throwable) are now defined as extensions. This affects only a small minority of code that defines its own coroutine builders and leaves classic examples of wrapping callbacks into suspending functions mostly unchanged. For example, a definition of the suspending function await() for the class CompletableFuture<T> would still look like this:

However, the Kotlin 1.3-M1 release does not provide any support for invoking experimental suspending functions from code that is compiled with the language version 1.3. In order to try graduated coroutines in Kotlin 1.3-M1 with libraries that expose suspending functions in their APIs, you will need to use versions of these libraries that are compiled for Kotlin 1.3. This is a temporary inconvenience that we’ll fix soon.

We will be providing a version of kotlinx.coroutines library with x.x.x-eap13 version that is built with Kotlin 1.3 and drops experimental from its package names for every x.x.x version that we release while Kotlin 1.3 is in the preview phase.

The IDE will assist you in migrating to new coroutines. We’ll improve the range of supported migration scenarios before 1.3.

While the bigger new capabilities of 1.3 will be experimental (see below), we are releasing a number of smaller features for your convenience now.

Capturing when subject in a variable

The common case of capturing the subject expression of when in a variable is now supported in the language:

This small addition makes the response variable properly scoped within when, and makes the logic flow in a more expression-like fashion.

This was one of the most popular feature requests in our issue tracker. Thanks to all voters for your feedback!

Your Kotlin interfaces can now expose static members (fields and methods) to Java clients. The syntax is similar to that for classes; a companion object of an interface can now have @JvmStatic or @JvmField inside:

To use the @JvmStatic annotation on interface companion members, the -jvm-target compiler option must be at least 1.8.

Before 1.3, annotation classes could not have bodies in Kotlin. This release relaxes this limitation, allowing them to have nested classes, interfaces, and objects including a companion object. So, for example, it becomes possible to nest one annotation into another:

Since @JvmField and @JvmStatic are supported in interfaces, it is now possible to declare such members in annotation companion objects:

A function type can now have more than 22 parameters! We have pushed that limit to 255 parameters, which is the practical maximum number of parameters a method can have on the JVM. To find out how we’ve managed to do that without introducing another 233 classes, see the corresponding KEEP.

As coroutines have demonstrated, providing early access to bigger features through making them experimental helps us gather invaluable feedback from the community. We’ll keep using this technique to make sure that Kotlin gets only battle-tested design choices that will last.

Kotlin 1.3 brings three exciting new features that will remain experimental for now. An explicit opt-in is required in your project in order to use them. Without an opt-in, usages of a feature will be marked as warnings or errors.

Inline classes allow wrapping a value of some type without creating an actual wrapper object.

When such a class is used, the compiler inlines its content and operations are performed on the wrapped value itself. Hence, this

results in the same compiled code as this:

Inline classes are similar to type aliases, but they are not assignment-compatible with the underlying value type, so you cannot assign a String to a variable of type Name, and vice versa.

Since inline classes have no identity, the === operator cannot be used on them.

There are still places where inline classes result in wrappers being created, similar to how Int can be primitive in some usages and boxed in others (“auto-boxing”):

This feature can be enabled with the compiler option -XXLanguage:+InlineClasses.

See this KEEP for details. Be sure to read the “Limitations” section.

In addition to the new types, there are new language features to support them, which makes these types special.

Note that 1.3-M1 does not yet allow complex const expressions of unsigned types:

Such expressions will be supported a bit later.

Unsigned types are provided as an experimental API: you need to opt in for them, otherwise a warning will be issued at the use site. To opt in:

Additionally, if you are a library author and are going to use experimental unsigned types, we recommend that you annotate parts of your API with the @ExperimentalUnsignedTypes annotation. This will propagate the experimentality of unsigned types to your library’s users.

More details about unsigned types can be found in this KEEP.

Annotations for marking an experimental API and opting-in for it

The mechanism of experimental unsigned types opt-in described above is also available in a generic way to library authors. It allows you to provide an experimental API (i.e. one that is subject to future changes), which may break at any moment and require any usages to be fixed and recompiled.

The ultimate goal is to allow library authors to release APIs earlier and more frequently without a commitment to backward compatibility (source or binary).

Experimental API annotations are described in detail in this KEEP.

Now let’s look at what new APIs are available in the standard library in this release.

The inline class SuccessOrFailure is effectively a discriminated union between successful and failed outcomes of execution of a Kotlin function: Success T | Failure Throwable.

It has been introduced to allow for capturing the result of a function execution, whether successful or not, in order to process it at a later time.

The primary driver for introducing this class is the new Continuation interface, where we want to have a single resumeWith(result: SuccessOrFailure<T>) function instead of two, resume(T) and resumeWithException(Throwable).

Note that the Kotlin style guide discourages using SuccessOrFailure type as a return type of Kotlin functions. This is similar to how users are encouraged to have suspend functions return some type instead of plain functions returning a Deferred of that type.

There are a few exceptions from this rule, which are explained in more detail in the proposal KEEP-127. Scroll down to the section on style and exceptions.

While there’s no problem with generating random numbers in Kotlin/JVM (aside from ThreadLocalRandom being unavailable prior to JDK 7), no uniform API is yet available to do that in Kotlin for other platforms and, more importantly, in multiplatform code.

This release introduces a new common Random abstract class, which serves as a base class for random number generator implementations.

Note that if you just need a random number, there’s no need to inherit and implement this class. The default random number generator implementation is always at hand: it is the Random companion object. So getting a number is as easy as

For details please refer to this KEEP-131.

Basic types in Kotlin such as Int, Char, and String have a companion with some properties like MIN_VALUE.

Until recently, the Boolean type stood aside having no companion object.

Our community members have convinced us that there are use cases for having a Boolean companion even without any properties, and Leonardo Lopes has helped implement it.

This release improves the API’s consistency by providing an orEmpty() extension for sequences and an isNullOrEmpty extension for collections, maps, and arrays of objects.

Some bug fixes introduce changes that are formally breaking. To ensure smooth migration, we deprecate old behavior, report warnings and provide migration tools whenever possible, and always announce such changes in advance.

Note that this is merely an announcement, so some of the changes listed below are not implemented yet and will be implemented in the following milestones.

You can consult the changelog to find out which of these changes have made it into this release.

Note that the backward compatibility guarantees do not cover pre-release versions: the features and API can change in subsequent releases. When we reach a final RC, all binaries produced by pre-release versions will be outlawed by the compiler, and you will be required to recompile everything that was compiled by 1.3‑Mx.
However, all the code compiled by 1.2.x and earlier releases will be perfectly fine then without recompilation.

In Maven/Gradle: Add http://dl.bintray.com/kotlin/kotlin-eap as a repository for the build script and your projects; use 1.3-M1 as the version number for the compiler plugin and the standard library.

On try.kotlinlang.org: Use the drop-down list in the bottom right-hand corner to change the compiler version to 1.3‑M1.

Newsletter
Kotlin/Native v0.8 releasedKotlin 1.2.60 is out! 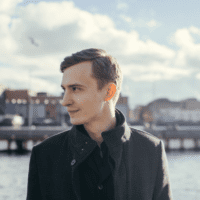 Preview of Kotlin 1.6.20 With Prototype of Context Receivers, Parallel Compilation on JVM, Incremental Compilation in JS, and More

The first preview of the 1.6.20 release is out! Introducing Kotlin 1.6.20-M1! This preview includes: Defining context-dependent declarations in Kotlin/JVM with the prototype of context receivers.Faster builds with parallel compilation of a single module in the JVM IR backend.Faster development with incremental compilation in Kotlin/JS IR.Easier code sharing with hierarchical structure of multip 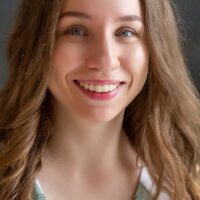