Try our new Early Access Program for MPS 2018.3. For this version, we have prepared some improvements for you. Expect improvement to the Build language, Editor, Generator, and more.

New construction in the Build Language

The test module configuration in the build language has been extended. Now it is possible to specify additional IntelliJ IDEA plugins which must be loaded when MPS ant tests are executed.

The plugins required for MPS Ant test execution used to be calculated automatically. However, there are scenarios when the test needs a particular plugin in its environment, which the MPS build language engine could not deduce from the modules containing the tests.

Now you can ensure that the plugin you need is present during the MPS Ant test execution. 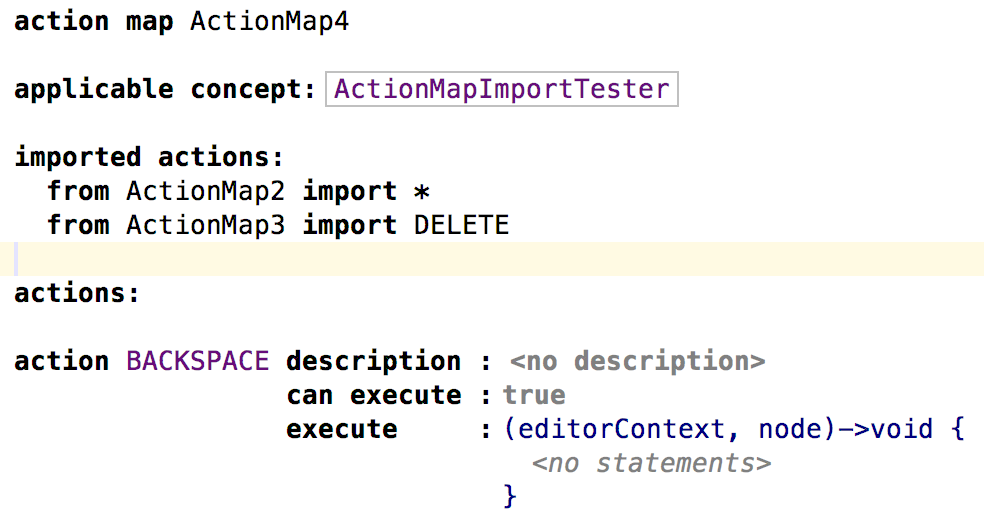 The $INCLUDE$ macro has been deprecated and there’s a migration to replace its instances with $CALL$. The former did not support templates with arguments, and there’s no reason to keep two mechanisms to invoke a template.

The $WEAVE$ macro and weaving rules can now invoke templates with arguments.

When an interpreted template weaves an external template from a ‘compiled’ generator, it is no longer interpreted, but the compiled template code is executed.

The collection of queries from a template model, also known as QueriesGenerated, no longer uses Java reflections.

The behavior methods have been equipped with a new icon. Click on it to display the list of all the methods overridden and implemented.

The following screenshot shows the list of methods of getPresentation() overridden or implemented, and you can navigate from there.

We are working to bring you more features and fewer bugs for MPS 2018.3. See the complete list of fixed issues here. Please report any bugs on our issue tracker!

Have a great weekend!