We are happy to inform you that MPS 2020.1 is ready. This release comes with a variety of features and enhancements from different subsystems. Find out what we’ve prepared for you.

When editing nodes with cardinality (0,n) or (1,n), you’ve had the ability to provide a custom separator between values by implementing a separator query function. This feature extends that capability by passing more arguments to the query function (namely prevNode and nextNode), making it possible to provide a custom separator for each pair of values. In the following screenshot “and” and “,” are the separators. Watch a demo. 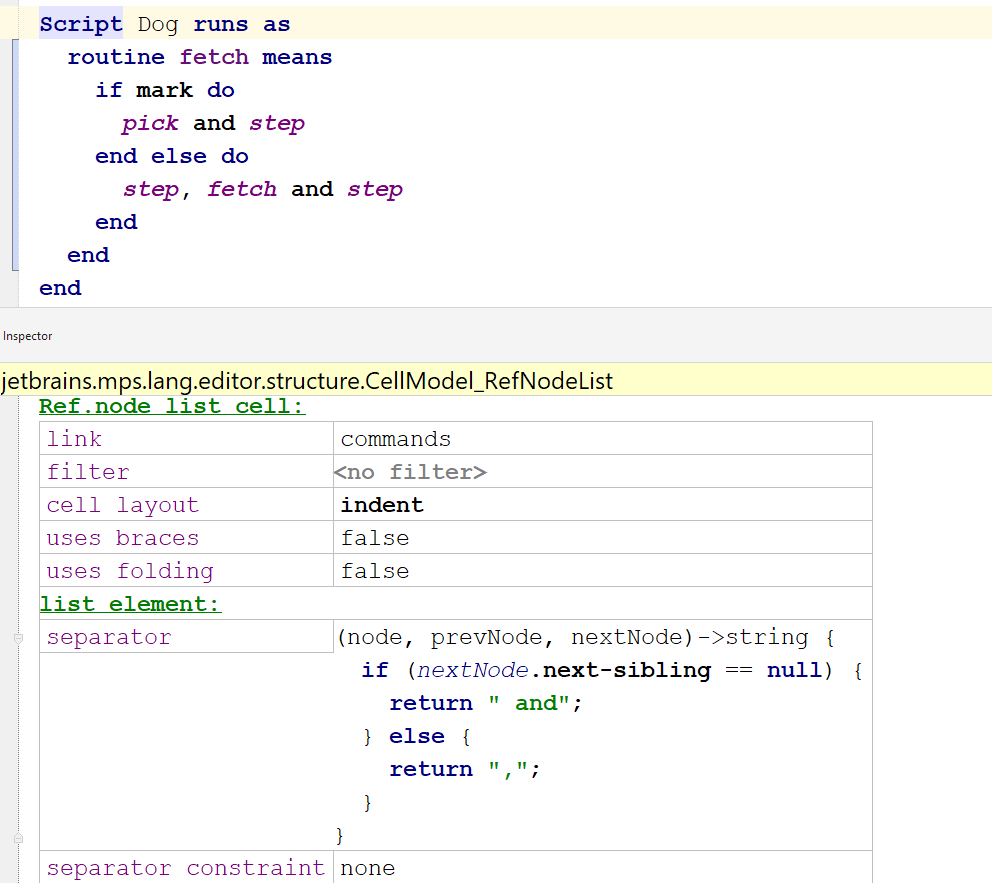 Pattern language helps define structure patterns and match nodes to them. It uses regular concept editors that make the pattern appear similar to the nodes it accepts. But for some complex editors that do not correspond exactly to the concept structure, it can be more comfortable to use light patterns (pattern builders) that describe the required structure literally. Check out the documentation to learn more, or watch a demo.

Type over existing text is a new feature that makes the projectional editor feel a bit more like a text editor. When typing into a text cell, if the character you just typed was already present at the cursor position, then the cursor will move over as if you just overwrote the existing character. This feature is only triggered if the keystroke cannot be gracefully processed and would otherwise be ignored (e.g. in constant cells) or would make the cell content invalid. Watch a demo.

The editor extension of the Tooltips from mbeddr platform has been added to MPS. Migration is provided for the mbeddr languages. Watch a demo. 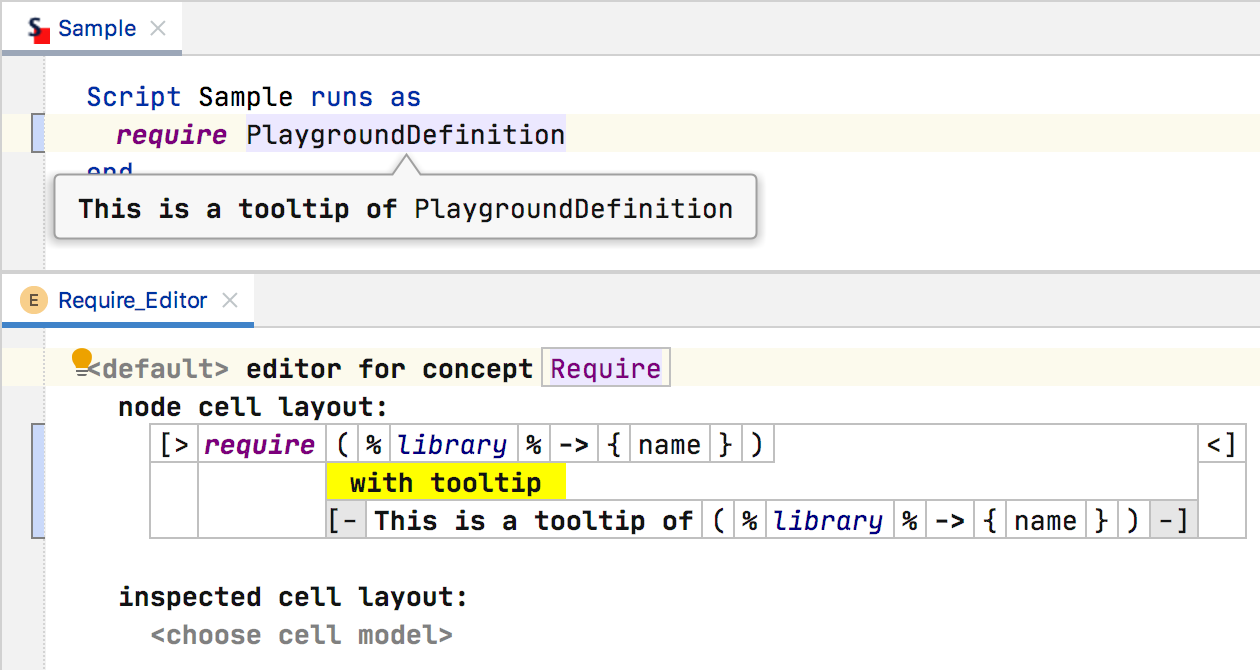 BaseLanguage now includes try with resources, catch multiple exceptions, local variable type inference, and default and private interface methods. To provide compatibility with build processes that require a specific Java language level, each solution can be configured to prohibit language features that are not compatible with that level.

Except for the local variable type inference feature, which requires j.m.baseLanguage.varVariable, these features do not require any additional language imports. See migration guide or watch a demo.

MPS used to demand an ‘extends’ dependency between languages when an editor of a language provided editor components for concepts of another language. These dependencies don’t necessarily reflect the relation between the languages and sometimes lead to exhaustive language hierarchy processing. Consider INamedConcept from j.m.lang.core. Any MPS language extends j.m.lang.core; therefore, the editor aspects of all available languages are consulted when the INamedConcept editor concept is used.

Java libraries are used in the MPS world using Java stub models. These models are built from .class information and therefore lack any documentation such as javadocs.

In 2020.1, there’s a new mechanism to specify a zip that holds the sources of a library along with the library .jar, and MPS is capable of extracting the javadoc from sources to present it along with information extracted from class files. This functionality comes handy when one uses a Java library from within MPS and needs to access the library’s javadoc – it’s much easier to navigate to relevant code and its documentation right in MPS than switch to an external location, perform lookup, and read it there. It’s even more important for MPS itself, as it provides essential parts of its API as Java stubs. Watch a demo.

If code in the editor aspect of a language throws an exception, then the default editor is shown for a corresponding cell in a model written in the language. Starting with 2020.1, if this kind of broken cell is opened in the editor, an error is shown in the Messages tool window. It’s possible to get the stack trace from the error and navigate to the problem cell. Watch a demo.

The functionality of SingleLineComment has been slightly enhanced, and the new MultiLineComment concept has been introduced into BaseLanguage to provide support for comments delimited with the /* … */ symbols in the same way that Java does. See migration guide or watch a demo.

MPS is now using the brand new JetBrains Mono font (Preferences / Settings | Editor | Font) as the default. Check out all the details about our new developer-friendly typeface on our website.

The JetBrains Plugin Marketplace is now available in MPS. This opens a new range of opportunities as you can commercialize your plugins.

In order to streamline the commit flow, we’ve developed a new Commit tool window for handling all commit-related tasks. It provides more space for the list of modified files and the diff, and it lets you add changes to a commit when they are ready, compose a commit message iteratively, and choose which of the staged changes go into which commit.

It’s not activated by default, so if you want to give it a try, select “Use non-modal commit interface” in Preferences/Settings | Version Control | Commit.

Install Git from the IDE

You no longer need to pre-install Git manually. When you clone an existing Git repository, the IDE will look for the Git executable on your machine, and will offer to download and set it up for you if the IDE can’t locate it.

Note that in MPS 2020.1, the path to the Config files has changed. Learn more.

Don’t forget to check out our Migration Guide. We’ve also fixed a large list of bugs reported by the community. If you find new bugs, or think of useful features we could add, please add them to our issue tracker.

Our Early Access Program for MPS 2020.2 has started, and the latest version brings a new set of features that we’re excited to introduce. DOWNLOAD MPS 2020.2 EAP   UI improvements to the VCS We’ve improved the windows in the Version Control System. The width of the editor area is no longer fixed, so the splitter now moves in both directions. The way changes are highlighted has also been improved. Additionally, we have replaced the triangles and trapezoids in the splitter area with smooth polygons. Tooltips for the changes are displayed both in the editor area and in the splitter a
Posted on June 25, 2020 by Oscar Rodriguez 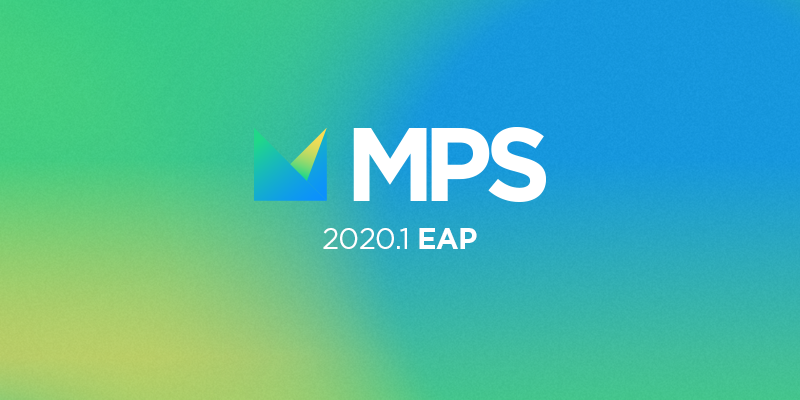 MPS is getting closer to the release of its next major version. Check out the main new features that we’ve prepared for you. DOWNLOAD MPS 2020.1 EAP   Light patterns (MPS-31733) Pattern language helps define structure patterns and match nodes over them. It uses regular concept editors which make the pattern appear closely like the nodes it accepts. But for some complex editors that do not correspond exactly to the concept structure, it can be more comfortable to use light patterns (pattern builders) that describe the required structure literally.   BaseLanguage
Posted on March 20, 2020 by Oscar Rodriguez
Subscribe