PhpStorm 2016.1, the next major release of our professional PHP IDE, is now available for download!

This is the first update in the series of releases planned for 2016, as indicated by the new version numbering. Along with new features, bugfixes and usability improvements, in this release we made a special focus on long-awaited improvements in support of PHP language, and development tools.

Read all about the new features and improvements on the PhpStorm website. 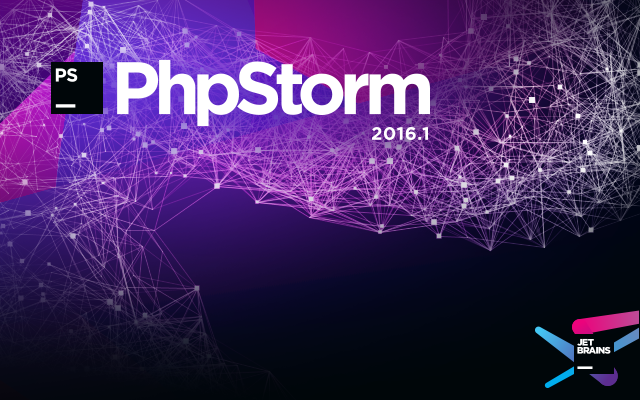 Here are some notable highlights of PhpStorm 2016.1:

PHP Language & Editing Experience: A number of serious and long-awaited improvements have been made in the PHP language support , such as improved type inference, completion, support of traits, and more. PhpStorm now also fully supports group use statements, offers the “Make Static” refactoring and provides some new handy intentions such as “Convert switch to if” and “Convert if to switch” or “Flip if/else branches”.

Frameworks and Tools: PhpStorm now provides the Keep-Alive feature for SFTP/FTP/FTPS servers and Remote Interpreters, which you have heavily demanded for the last six years! Project-level interpreters, support for of Rerun failed tests for PHPUnit/Behat, and some usability improvements for Remote Interpreters are also available.

Please see our issue tracker for the full list of PHP-related issues fixed and release notes.

As usual, this update brings important improvements for working with top-notch web technologies, such as:

PhpStorm 2016.1 also borrows many features and improvements from IntelliJ Platform, including:

For more details please see What’s New in PhpStorm 2016.1 and download a free 30-day PhpStorm trial for your operating system.

PhpStorm 2016.1 is available as a free update for everyone who has a active subscription for PhpStorm or All Products!

The JetBrains Team
The Drive to Develop

PhpStorm has been around for more than 10 years. From the beginning, our task tracker has been open, allowing anyone to send us bug reports or suggest new features. We always strive to be more transparent and collect feedback from you, our users, as early as possible. So this time, we want to share with you our public plan for the next release. This is a first for us. Please note the plan is subject to change, and we cannot guarantee that all of the items below will make it into version 2022.3. Let us know what you think so we can take your feedback into account in making PhpStorm eve

Greetings everyone! Welcome to the July installment of PHP Annotated, where we’ll catch up on the most interesting things that have happened in the PHP world over the last month, including curated news, articles, tools, and videos. (more…)

Greetings everyone, Catch up on the latest from the PHP world with our specially curated news, articles, tools, and videos. (more…)

The New Life of PHP – The PHP Foundation

During PHP’s 26-year history, the language has been actively developed by a huge number of people, such as Rasmus Lerdorf, Zeev Suraski, Andi Gutmans, Nikita Popov, and many, many others. In 2021, PHP is in for another round of evolution. Nikita Popov switches focus from PHP Nikita started working on PHP in 2011 when he was still in high school. He made his first contribution in PHP 5.5. During his 10 years in the PHP world, Nikita implemented innumerable features, bug fixes, and improvements to the development process of the language. Nikita has worked on PHP at JetBrains for close to three