We’ve made some improvements in the way that unused `use` statements are detected in PhpStorm 2016.2.

In previous versions of PhpStorm, unused import statements warnings would not trigger for all imported classes, and never triggered for constants or functions which were introduced in PHP 5.6. In 2016.2 we’ve fixed that, and now give the correct warnings for imported classes, constants and functions that aren’t used. These unused imports will also get removed when triggering the Reformat Code tool, and when Optimize imports are selected. 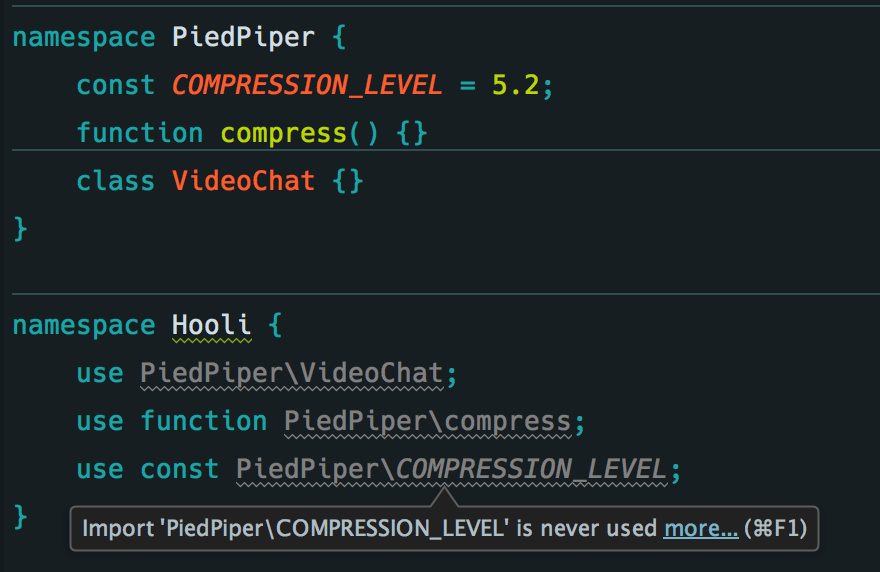 This is nothing spectacular (hold on tight for more features that ARE), but cleaning unneeded code is always a Good Thing™, so removing these remnants from a time past should be pleasing to everyone. Now to run these inspections on the recently released ZF3 codebase…

This feature in now available in PhpStorm 2016.2 EAP.