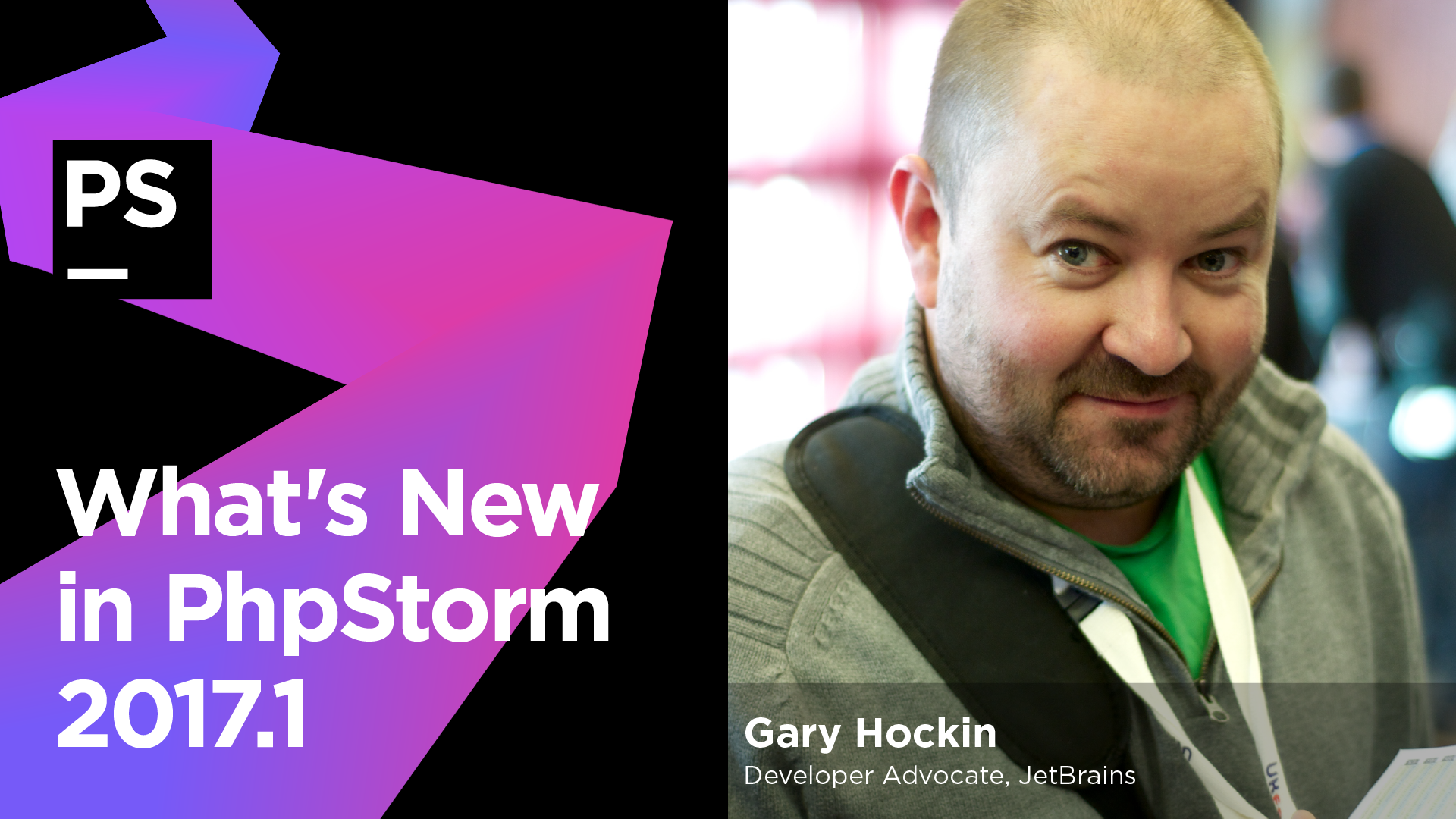 PhpStorm 2017.1, released on March 23rd, 2017, is a  new major update of PhpStorm in 2017. During the webinar, Gary Hockin will overview new features and major improvements brought in this release:Support of Codeception testing framework

Gary will guide you through all the major features and improvements in PhpStorm 2017.1 and answer your questions in this live webinar.

This webinar is suitable for developers of different proficiency levels. Please register now. There will be an opportunity to ask questions during the webinar. A video recording will be available a few days later.

This fall the PhpStorm team is happy to join four awesome PHP conferences around the world! At our booth, you’ll meet some of the folks who actually work on PhpStorm. They will be glad to answer any questions you have in mind, share information about future releases, or help with any issues you’ve encountered. Swing by to say hi, grab cool swag, show off your skills, learn something new in our Code Golf challenge, and most importantly have fun! JetBrains Team: Olga Strizhenko (Software Developer), Ivan Fedorov (QA Engineer) Bulgaria PHP – November 8–10, Sofia, Bulgaria The third e

Our PhpStorm team is eager to meet you at DrupalCon Vienna (September 26-29). DrupalCon brings together thousands of people from across the globe who use, develop, design, and support the Drupal platform. The PhpStorm team is backing the event, and our team lead and developers will be waiting for you at the booth ready to help answer any questions that you might have. We will also be sharing information about future releases, showing demos, and chatting to you about anything you like. Be sure to register for our free license raffle and grab one of our awesome yo-yos and other gifts. Even

The recording of our April 11th webinar What’s New in PhpStorm 2017.1 with Gary Hockin, is available on JetBrains YouTube channel. PhpStorm 2017.1, released on March 23rd, 2017, is a new major update of PhpStorm in 2017. During the webinar, Gary Hockin demonstrates new features and major improvements brought in this release: Support of Codeception testing framework Support of PHPUnit 6 Support of PHPDoc in Blade injections Parameter Hints Improvements in auto-import functionality Full support of PHP 7 Uniform Variable Syntax Support for anonymous classes in PHP 7.1 New

The recording of our February 23rd webinar, Driving Quality with PhpSpec and PhpStorm with Ciaran McNulty, is available on JetBrains YouTube channel. Is a SpecBDD tool the same as a TDD tool, or something quite different? This webinar will answer these questions, and show how PhpSpec can be integrated into your development workflow to drive quality in your Object Oriented design. We demonstrate all the examples in PhpStorm and also give some tips on PhpSpec features in PhpStorm. This webinar is suitable for developers of different proficiency levels. About Speakers Ciaran McNulty h