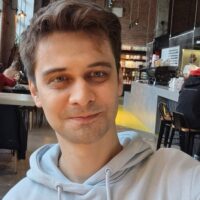 TL;DR: We have implemented a plugin-signing mechanism and are going to introduce it step by step. No actions are required, though we would appreciate it if you would review our solution.

Why do we need plugin signing?

It’s all about trust, and this mechanism will address several concerns.

We have decided to follow the approach that Google uses in APK Signature Scheme v2. To do this, we had to write our own library, because Google’s tool cannot sign an archive if it’s not an APK file. The general working concept is the same, but there are some differences; for example, we use Protobuf to store all metadata according to the APK v2 format.

How the whole process is going to work

To be sure a file has not been modified, the file will be signed twice – once by the plugin author and once by JetBrains Marketplace.

The JetBrains sign-verify process is as follows:

How we are going to introduce it

As a first step, we are going to add the signing of TeamCity plugins to JetBrains Marketplace and sign all existing TeamCity plugins. Then we are going to sign the plugins for other products, and, at the same time, we’ll work with product teams to support signatures on their side. After that, we’ll allow users to sign their plugins product by product, and sometime later bring plugin signature into effect for all plugins.

JavaFX and JCEF in the IntelliJ PlatformAn Interview With Scott McKinney, Author of the Manifold Plugin