This week’s EAP build of PyCharm 2.0 is probably going to be the last one before the Beta release, and as such, it brings the last major batch of new features to be included in PyCharm 2.0: 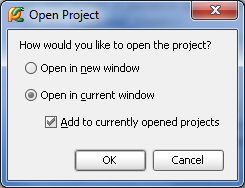 You can download the new build and check out the full release notes on the EAP page.

And now that the build is out, I can finally go home and get back to my game of Skyrim. 🙂

The Early Access Program for our next major release, PyCharm 2020.3, is now open! If you are always looking forward to the next 'big thing' we encourage you to join the program and share your thoughts on the latest PyCharm improvements! If you are not familiar to our EAP programs, here are some ground rules: EAP builds are free to use and expire 30 days after the build date You can install an EAP build side-by-side with your stable PyCharm version These builds are not fully tested and can be unstable Your feedback is always welcome, use our issue tracker and make sure to mention y
Posted on September 23, 2020 by Roberto Pesce

Good news! PyCharm 2020.2 Release Candidate build is out today! After 8 weeks of EAP builds, feedback gathering, and polishing, we are proud to share our release candidate for PyCharm 2020.2. This week's build brings a couple of bug fixes as we hope to take the release in for a smooth landing. Let us know how we're doing by getting this version and if you run into any issues please leave us a ticket on YouTrack. Fixes included in this build Fixed an issue that prevented the debugger to stop and show failed tests Fixed an issue in our pythonw support that prevented Windows users to perform rem
Posted on July 23, 2020 by Roberto Pesce
Subscribe