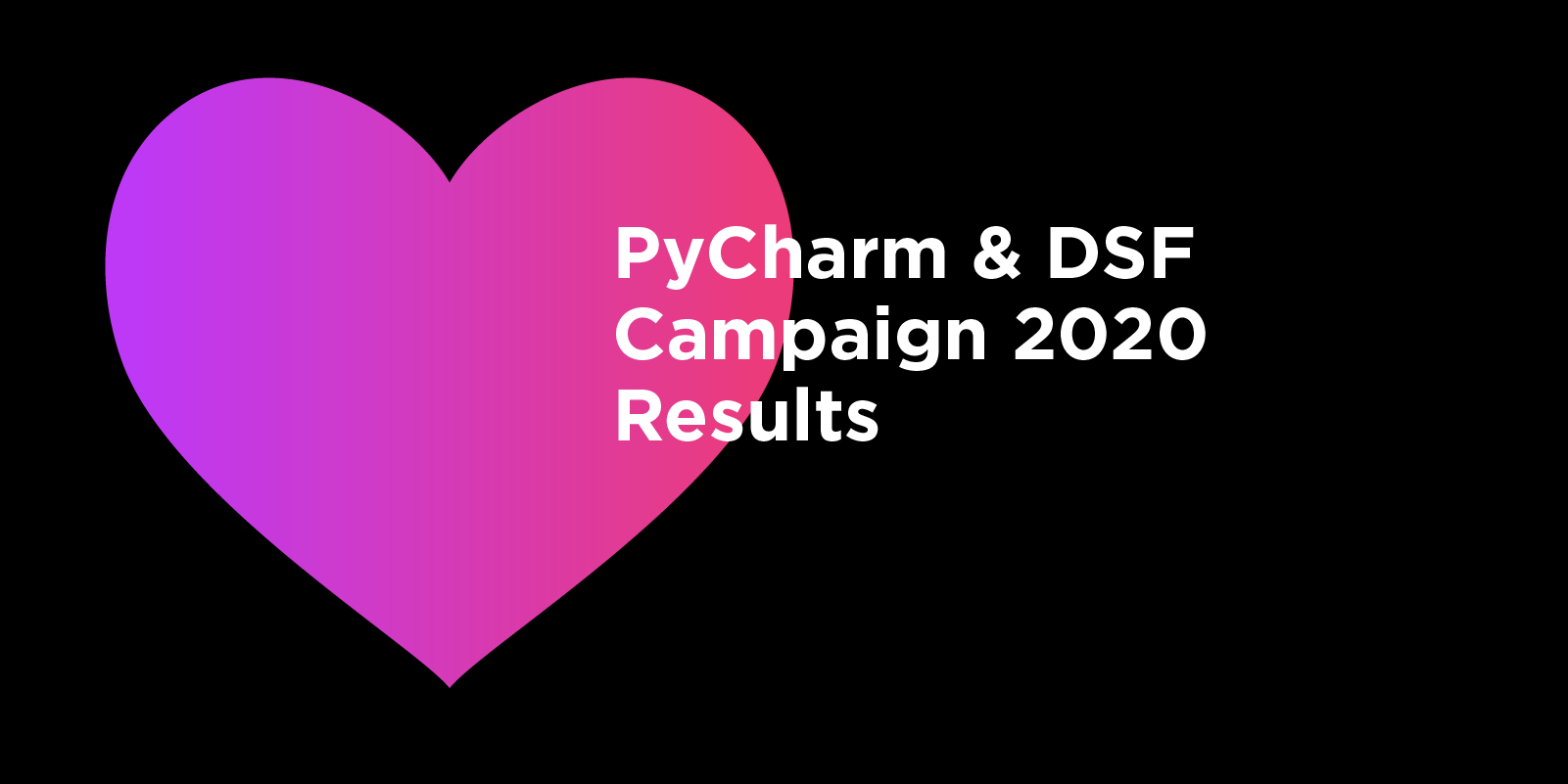 The partnership between PyCharm and the Django Software Foundation has just raised 40,000 USD!

For the fourth time, JetBrains PyCharm boosted the Django Software Foundation (DSF) fundraising with the campaign ‘Get PyCharm, Support Django’, where for 28 days users could purchase new individual PyCharm Professional annual subscriptions 30% OFF while giving the full amount of their purchase directly to the DSF. Even given current conditions, the campaign was a success, raising a total of 40,000 USD and representing 20% of the Foundation’s funding goal for 2020.

Your donation has a huge impact!

The amount raised will be used by the DSF to fund development sprints, community events, projects such as the Django Girls and the Django Fellowship Program, and more! Programs like the Django Fellowship make it possible for Django to be current with changes in the Python ecosystem and ultimately benefits you, the developer, that will always have an up-to-date framework to work with.

“JetBrains PyCharm has been a major supporter of Django and the Django Software Foundation these past four years. The $40,000 raised during this year’s campaign represents 20% of the DSF’s annual budget, which goes directly into funding the continued development and support of Django via the Django Fellowship program and Django conferences worldwide. On behalf of the community, our deepest thanks to JetBrains PyCharm for their generous continued support.”

To finalize, we want to thank the DSF for the successful collaboration and remind you that the fundraising is still ongoing and you can donate directly at djangoproject.com/fundraising/.

See you next time!

django
New VCS Features in PyCharm 2020.1Webinar Recording: “How To Build Real-Time Interactions In Your Django 3 App” with Calvin Hendryx-Parker