This update brings many new features and improvements in different areas: 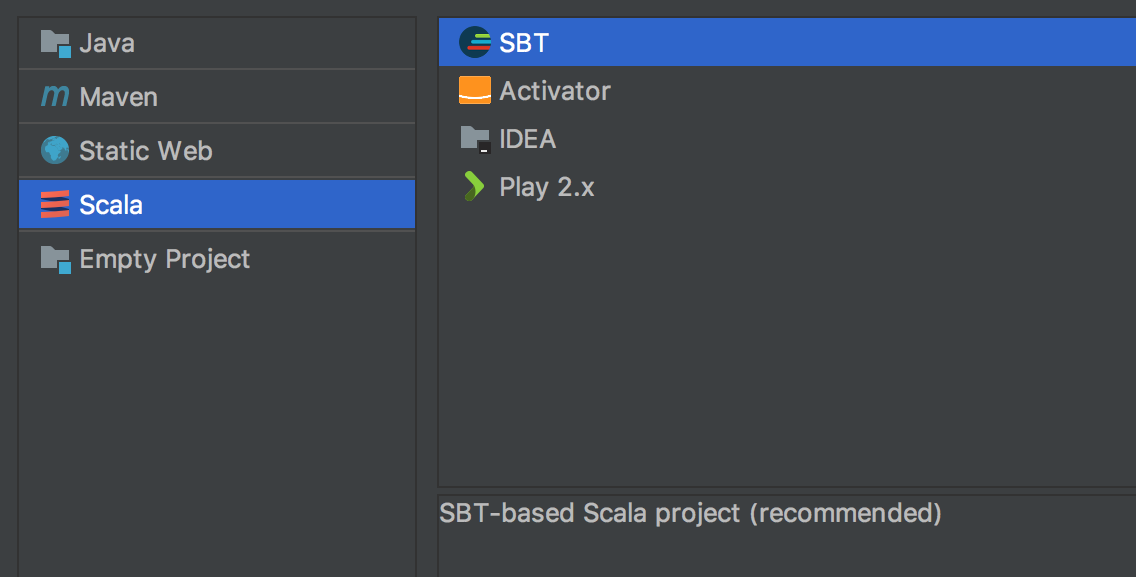 Next, we’ve simplified the wizard settings (which is especially important for novice users):

The handling of Dotty is upgraded:

Now you can paste Scala code directly into the Project View, for example you can copy the following text:


…and paste it into the project tree – and the new Scala file with a proper name and a package statement will be created automatically. “Stack Overflow driven development” has never been easier! :)

Last but not least, we’ve reworked all the refactoring / code generation dialogs to make them uniform and easier to use.

We’ve added a built-in SBT shell, which can be started via the SBT tool window. Autocomplete makes it easier to run SBT commands:

You can also run SBT tasks directly from the SBT tool window: 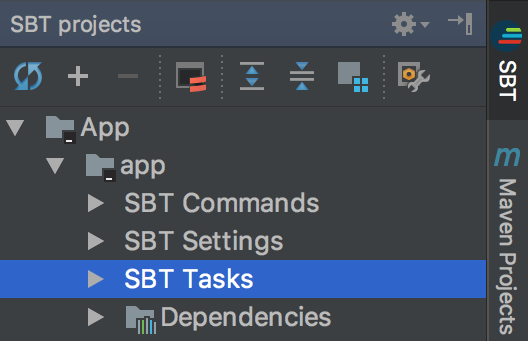 It’s now possible to build projects using SBT (instead of IntelliJ IDEA’s internal build system). As this option is still experimental, it should be manually enabled via Build / Execution / Deployment / Build Tools / SBT / Use SBT shell for build and import:

Another experimental option is running tests via SBT:

Select Use SBT in the Run Configuration to enable the option. Also select Use UI with SBT to present the results in the standard IDEA test runner:

The Worksheet + REPL combo brings the best of both words: although the evaluation is incremental, you don’t have to wait before typing the next line. Plus you can easily correct previous lines and re-evaluate them, if needed.

As the REPL mode can provide better performance, we plan to use this mode by default in the future. Moreover, we’re considering using the REPL mode for implementation of the standard Scala console.

The Java-to-Scala code conversion is substantially improved. For example, it’s now possible to automatically convert something like this (warning, it contains Java):

While previously the conversion worked only for Java code that was copied from IDEA, now it’s possible to convert Java code from text. Here’s an example for you to try:


Simply paste the snippet into a Scala file to see the result. The plugin relies on IntelliJ IDEA’s parser to detect valid Java code for the conversion.

The Ultimate version of the plugin also got a boost – we’ve improved support for Akka. First, we made Find Usages Akka-aware so now it can classify usages of a message class depending on the context:

You can use this to easily find senders or receivers of a particular message in your code.

Because Akka has many “dynamic” parts, some errors are not reported by the Scala compiler. IDE assistance can be of great help in detecting those errors statically (before they are “detected” at runtime).

For example, IntelliJ IDEA can make sure that arguments to a factory method match the actor constructor:

Another thing that can be automated is the generation of factory methods: 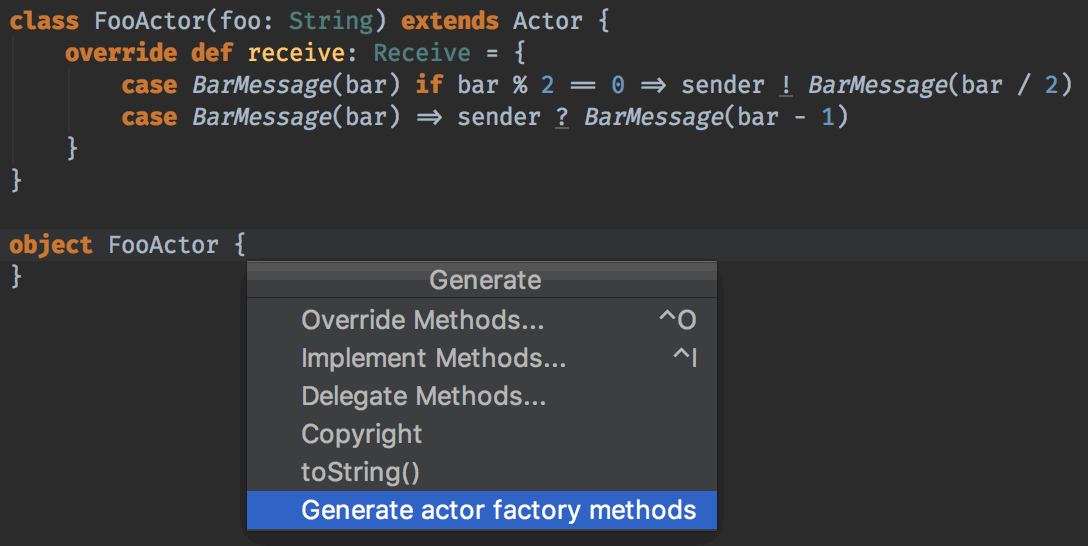