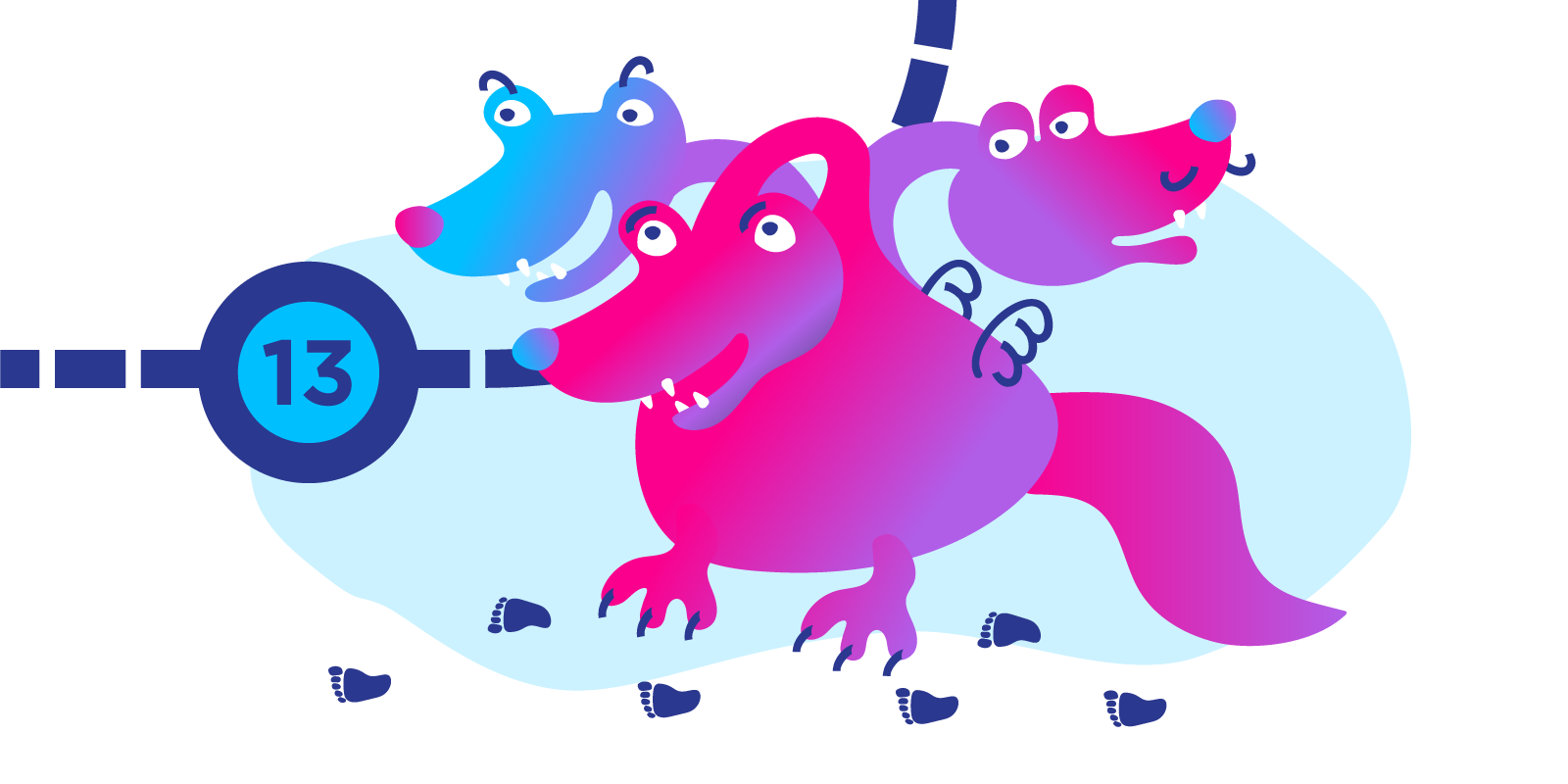 So we are really now starting to embark on a whole new discipline that comes with programming. Logic and problem-solving. We now have enough of how and what we can do with with the code behind us that we can work out how to use the code, what different things do in the code, or if we don’t know them off by heart yet, we at least know how to look up answers and adapt and improve the results. But it is time to really stand on our own two feet and work through problems from scratch and solve them for ourselves.

The adaptive Python PyCharm Edu course from Stepik promises this. It’s a system to practice our coding and problem-solving abilities in an environment that is a bit more forgiving as we can get hints from the course. But to prepare for this next stage, let’s have a look at some problem- solving strategies and techniques that may come in useful.

Problem-solving can only be improved by you guessed it… problem-solving. If you struggle to solve problems, you are not alone. Anytime you come up against some intellectual task that can cause you a feeling of pain; this is your body’s response to really activating your brain. It hurts, it is frustrating, it makes your blood pressure rise, why even bother then, why not just bathe our brains in a nice relaxing bath of BuzzFeed articles? It is time to exercise your brain! Let’s start with a light warm-up.

Without a calculator work out the answer to 27 x 13. 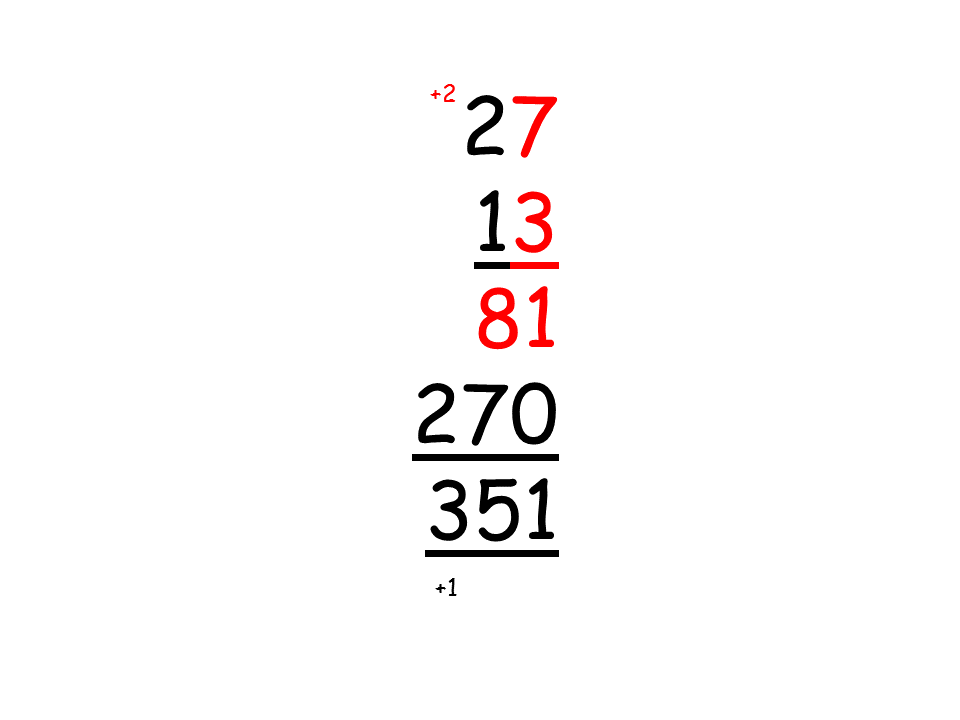 By working this out, notice how you are feeling, there is probably a certain amount of physical discomfort. This is because you are activating your system 2, a concept covered in Thinking, Fast and Slow, by Daniel Kahneman. You have two systems of thinking: system 1 and system 2. System 1 is the fast system; it’s pretty much automatic and doesn’t require too much effort, for example when you solve 2 + 2 — a different kind of effort than the calculation above. System 1 will try to kick in first, as it takes the least effort and so your brain prefers it. And then there’s system 2 which actually thinks about things.

The bat costs $1 more than the ball.

How much does the ball cost?

What is the point of this? Well, the first point is – I thought it was cool. The second point is, there is a feeling you get from activating the second system and logically working out solutions, it is not always comfortable, and it is what you should try to get used to as you will come up against it a lot in real problem-solving as you are going to have to use your system 2… a lot.

So on that note let’s take a look at some problem-solving strategies which whether you love them or not, might someday come in handy.

Dirichlet’s box principle states that if n+1 pearls are put into n boxes, then at least one box has more than one pearl. Pretty obvious, huh? As another real-life example, if there are three people in a room, at least 2 are going to be the same sex (in theory that is anyway).

You can recognize if you can use the box principle if the problem has a finite set, it sometimes works with infinite sets too but if you know how many in a set then this principle might be possible to use.

In a tournament with n players, everybody plays with everybody else exactly once. Prove that during the game there are always two players who have played the same number of games.

This problem-solving strategy is built on the principle of looking for what doesn’t change when an algorithm is repeatedly performed. So basically it can be used to quickly suss out whether a result is even achievable.

Spoiler Solution (resist the urge to read it before you give the problem a go with your system 2!):

Also known as the variational method, this principle is good for proving the existence of an object with certain properties. The principle tells us to pick an object which maximizes or minimizes some function. The resulting object is then tested for the desired property.

Imagine a chessboard that contains a positive integer in each square. If the value in each square is equal to the average of its four neighbors to the north, south, west, and east, prove the values in all the squares are equal.

Every participant of a tournament plays with every other participant exactly once. No game is a draw. After the tournament, every player makes a list with the names of all players, who

Prove that the list of some player contains the names of all the other players.

Let ‘A’ be the participant that has won the most number of games. If ‘A’ doesn’t have the property of this problem (won all of the games played), then there would be another player B, who has won against A and against all players beaten by ‘A’. So ‘B’ would have won more times than ‘A’. This contradicts the choice of ‘A’. So what you are doing here is testing the highest possible results (the extremal) which is the top winner winning all their games, if they cant meet this then the chances of anyone else doing it also falls down.

Enumerative combinatorics is an area of problem-solving the number of ways certain patterns can be formed. A better word for this type of problem then is “possible combinations” or even simpler “finding patterns”.

If you have ever watched the film Good Will Hunting, well, “It’s not your fault” as it is a pretty good film about how construction workers all secretly love solving the most complicated math problems while they scrub floors; if I understood the meaning behind the film correctly. What you see on the chalkboard in the hallway is not a rubbish stick spider picture but Cayley’s formula for the number Tn of labeled trees with n vertices.

Problem – Cayley’s formula for the number Tn of labeled trees with n vertices:

A tree is a non-orientated graph without a cycle. It is called labelled if its vertices are numbered… Yep, I went there. If you think that is hard to understand, try and understand the Wikipedia article on it: https://en.wikipedia.org/wiki/Cayley%27s_formula. What it is basically saying if I understand correctly is how many ways can a tree be labeled in different combinations. So to work it out we need to make a formula for Tn .

So then if we have five potential points there are 60 ways to label the chain differently, a star can be done five ways, then there is a way to intersect the points which comes to 60 different combinations. So this means there are 60 + 60 + 5 = 125 ways.

So if we suppose that this goes on indefinitely, we can try and work out the formula.

But unfortunately we need to make this into an actual equation so using my ancient math from  school – this means 6 to the power of 4. 64, but now we have to make a universal equation, so it becomes Tn = nn-2. And you can see for each number this equation actually works and we can sit and bask in our glory of solving a problem, why is the problem solved? Because you now have an algorithm to solve this question regardless of what input you have.

To really problem solve we should probably know about all the other points conducive to problem-solving and their relationships with problems and how they can be approached to resolve problems. But, life is short, if I run into trouble, I will google it and hope someone much smarter than myself has an answer.

Also if you want to get into the real nitty gritty and be completely well rounded in problem-solving you are going to have to know how to use and work with the following kinds of fun logical types of things:

But these are future problems.

For now, let me leave you with one final problem:

Without letting your pencil leave the paper, draw four straight lines which go through all the following nine dots? 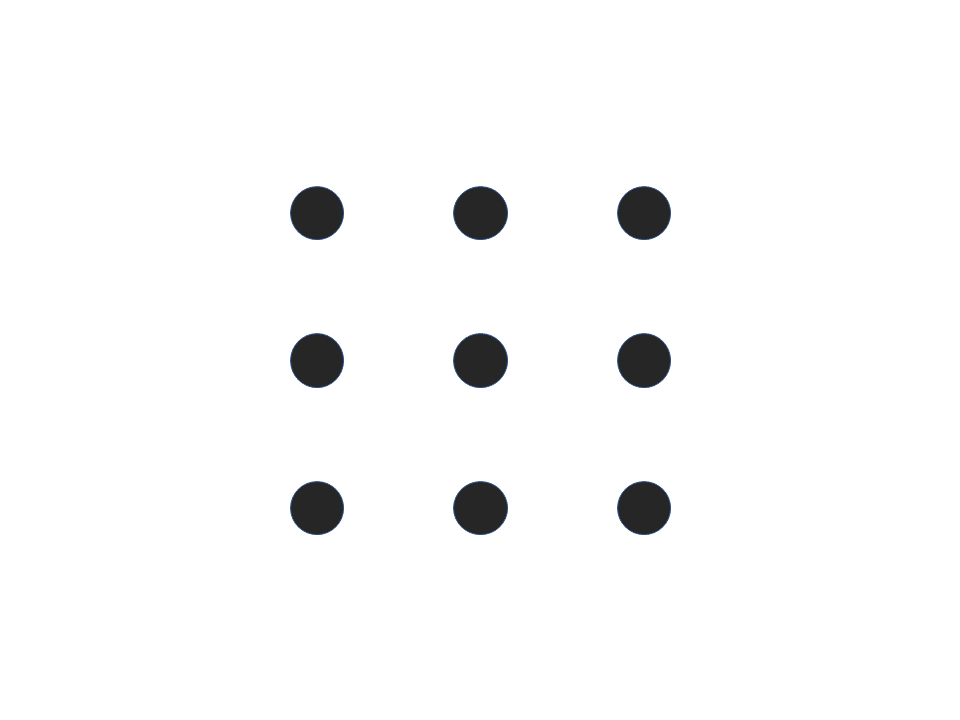 Impossible right? Looking at the problem you may infer that there are limits that have been put on you, like that you need to keep all the lines within the confines of the box that has been drawn, but like all problems in life, the limitations on how you approach a solution are all self-imposed if it works, it is not wrong. Right?

Solution:
Think outside the box, literally. 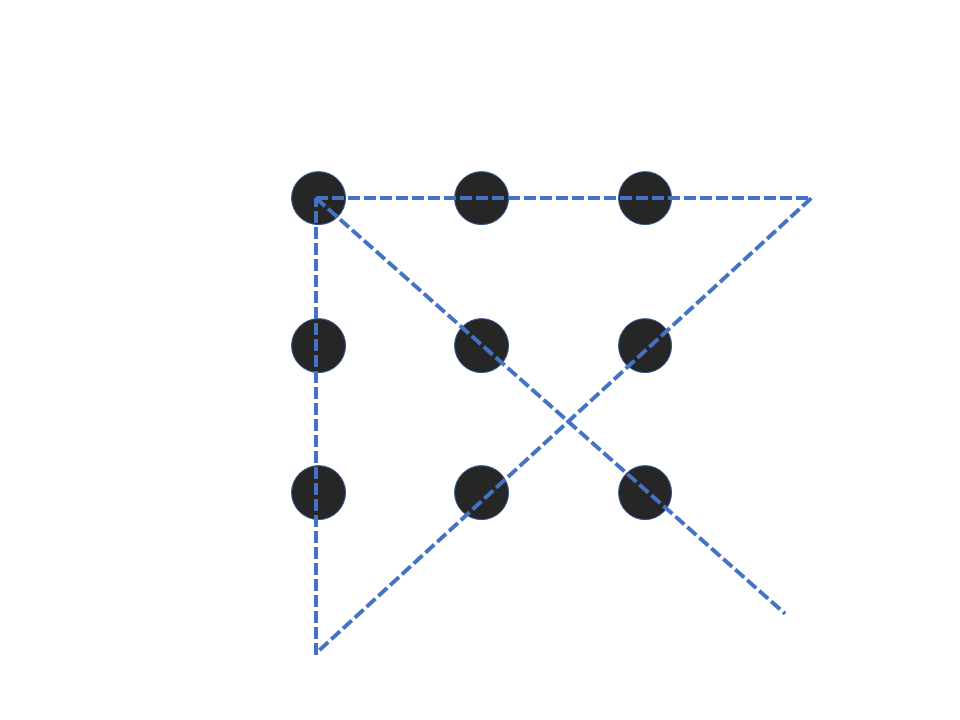 The problem is not the problem.

The problem is your attitude about the problem. – Captain Jack Sparrow

CS50 review part II << Read the previous post from this series        Read the next post in this series >> Finally! I have finished the CS50 course. The future is there for the taking. I won't lie this was a big undertaking. I think though overall this was a really good course to get through as it covers a lot of computer science principles, helps you to get familiar with some of