WebStorm 2021.2.1, the first bug-fix update for WebStorm 2021.2, is now available! It’s packed full of fixes and improvements for Vue, including support for script setup.

You can update to v2021.2.1 using the Toolbox App, installing it right from the IDE, or by downloading it from our website. 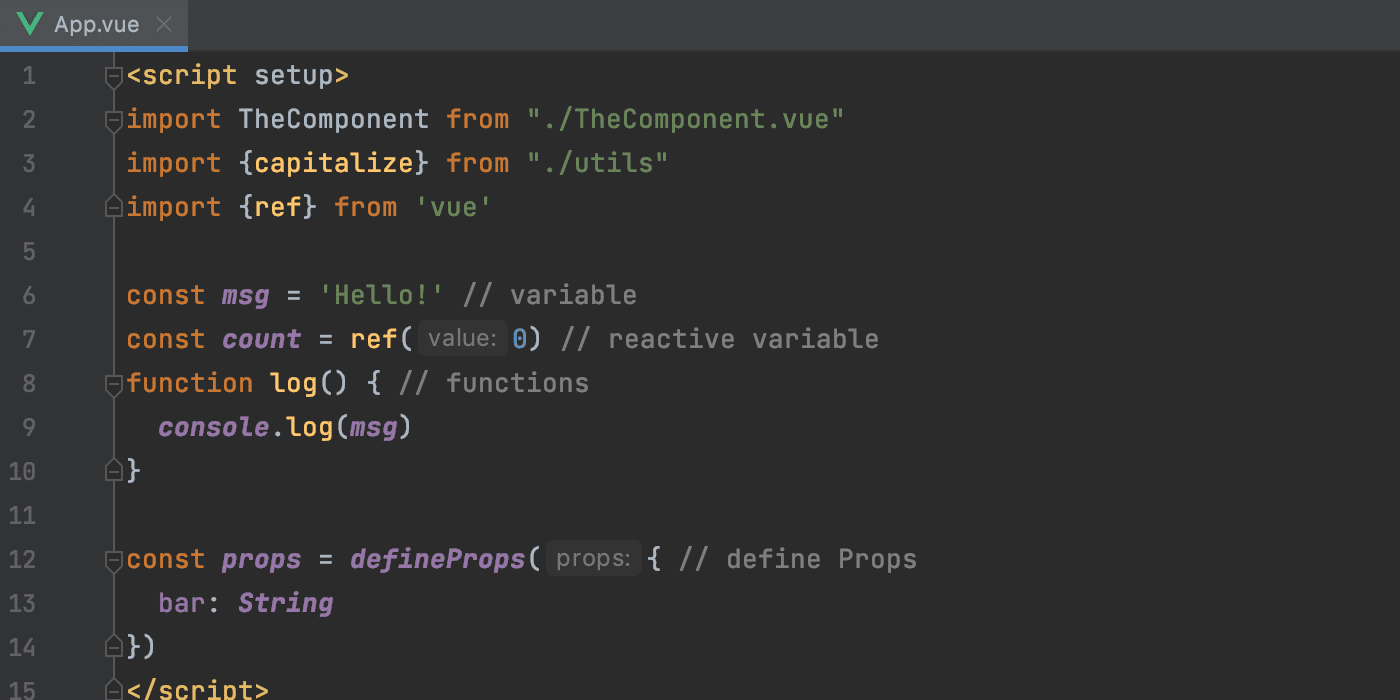 Last year, we added support for an experimental version of script setup, where the export keyword was required. Since then, the RFC has changed. With the stable release of script setup in Vue 3.2, we reworked the existing support for this feature so you can use it in your project without any issues.

Other improvements for Vue in this release include:

Here are some other notable fixes:

For the full list of issues addressed in WebStorm 2021.2.1, please see the release notes.

WebStorm 2022.3.1 is here with Vue and Vitest improvements, and Prisma support.

WebStorm 2022.3, the third update of the year, is out! Update to the latest release today.