Over the past few years, TeamCity has been using the YYYY.R versioning scheme, where YYYY represented the year and R represented the release within that year. When looking at the version number 2021.2.1, for example, you could easily understand its meaning: Similarly, the name of version 2022.1 EAP made it clear that this was an early preview of the first release for 2022. Why do we need a new versioning scheme? While this versioning scheme worked great for many years, the release of TeamCity Cloud has brought about a paradigm shift: Instead of releasing new features only twice a year, we ca

TeamCity 2021.1 brings brand-new build runners for Kotlin and Node.js, improves integration with Perforce, and enables a whole range of new workflows by allowing build triggers which define parameters to be used inside build scripts. Users with demanding availability requirements will love the new option to transfer main server responsibilities to secondary nodes in the runtime with minimum downtime. There are also multiple updates to the Sakura UI that will make your work with TeamCity easier, faster, and more enjoyable. (more…) 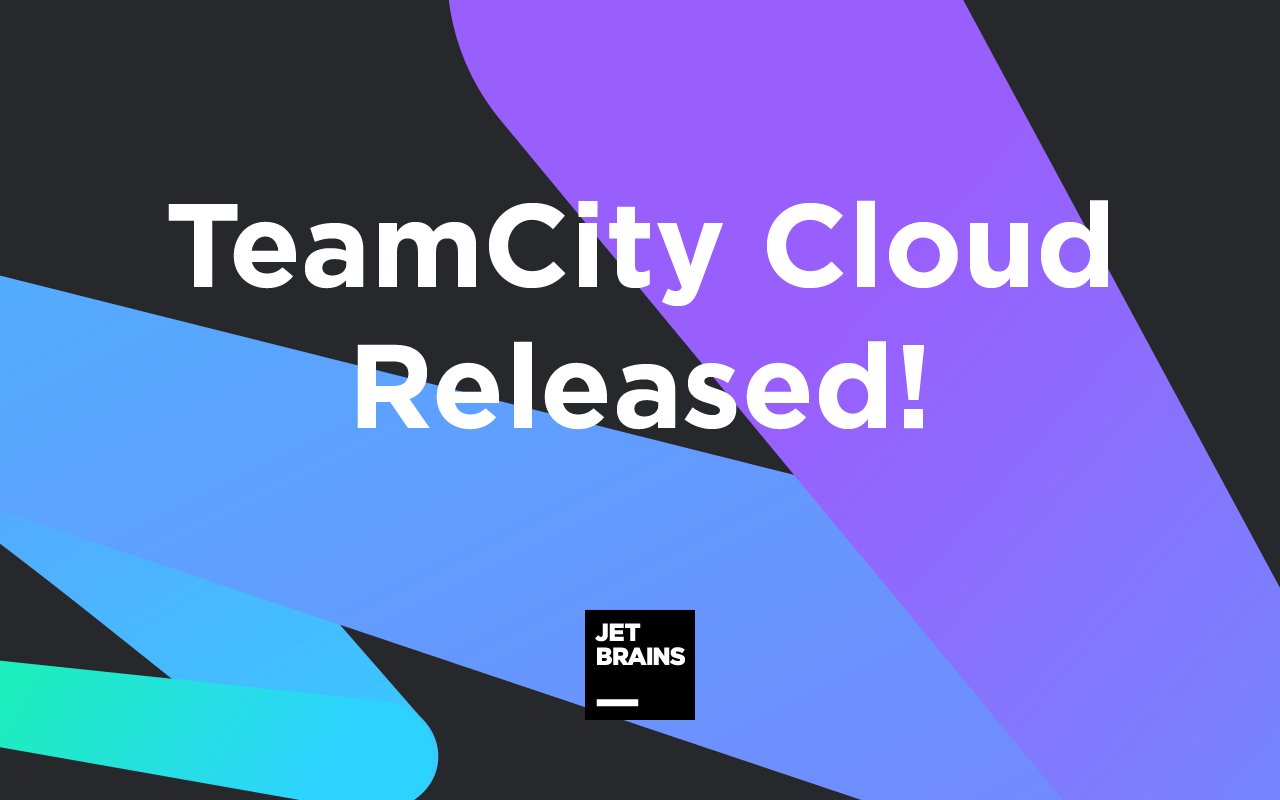 Everything you love about TeamCity – now hosted by us! Today we’re launching TeamCity Cloud – a cloud version of TeamCity that we’ve been developing for almost two years. TeamCity Cloud is a managed CI/CD service that is designed for teams that don’t want to deal with maintaining and scaling their own infrastructure. After 14 months of extensive beta testing, it is now officially ready and can be used in real production environments – we invite you to try it out! Sign up for TeamCity Cloud This release was made possible not only by the hard work of many teams inside JetBrains, but also by a

We want everyone to have the best possible experience with TeamCity, regardless of the size of their team, the complexity of their project, or the technologies they use. In this post, I want to share how we integrate internal feedback from JetBrains teams into our development process. Modern software development practices rely on short iterations and continuous feedback, which allow you to quickly validate your ideas against real users: A common way to run usability research is to recruit a bunch of people, give them a test scenario, and observe their experience while they try to complete yo 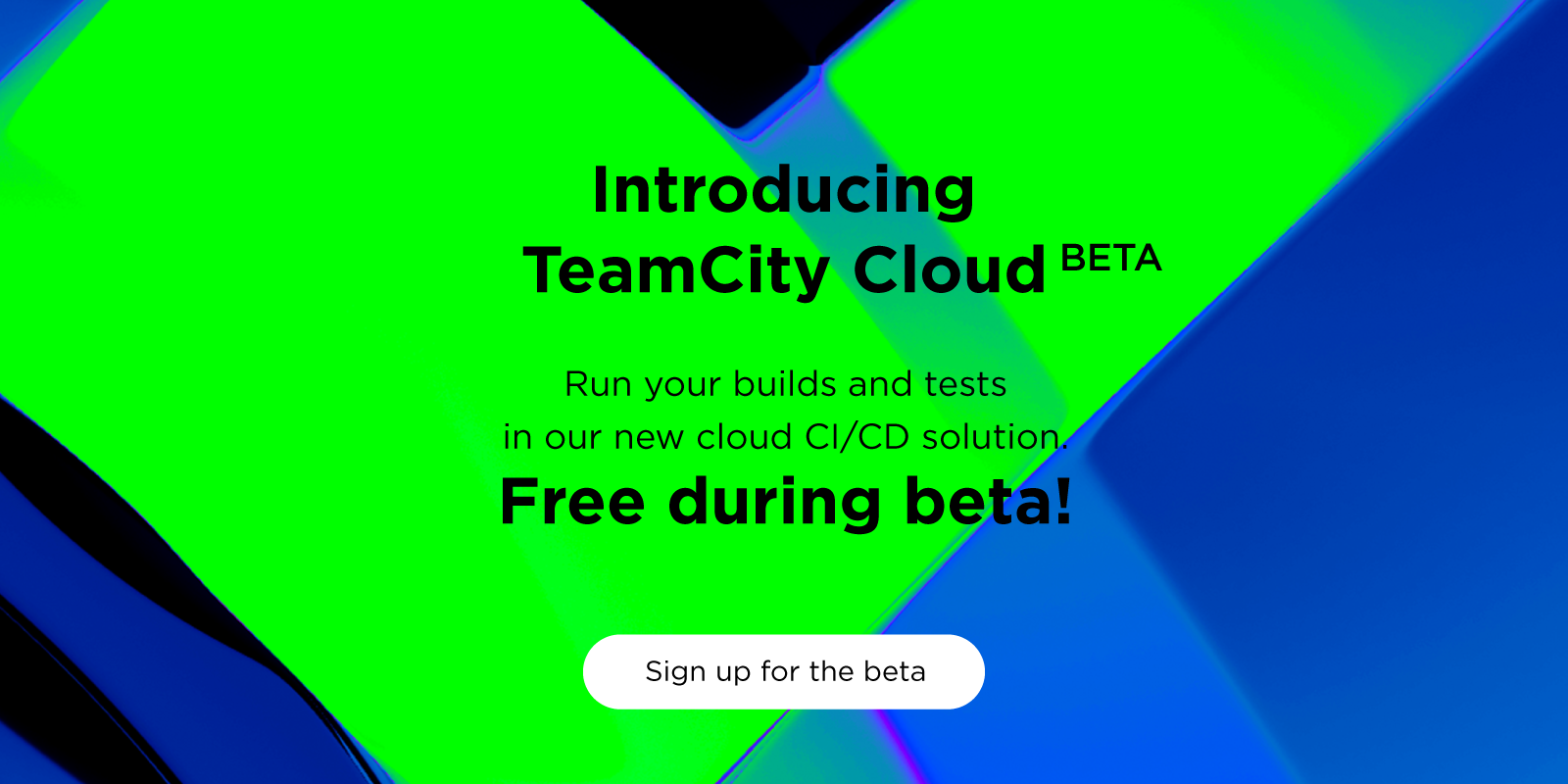 Today we launch the public beta of TeamCity Cloud, a product that we’ve been busy working on in recent months. TeamCity Cloud is a managed CI/CD service designed for teams that don’t want to deal with running and scaling their own build servers, but at the same time have demanding requirements for availability and security of their DevOps pipelines. This release was made possible not only by the hard work of several teams inside JetBrains, but also by private beta users who helped us eradicate bugs and provided invaluable feedback. We are tremendously grateful for their participation and su

TeamCity 2020.1 features conditional build steps, allows launching build agents in a Kubernetes cluster, and integrates with Azure DevOps and Jira Software Cloud. It adds more capabilities to secondary servers in a multi-node setup, comes with a new Slack notifier, and has many great improvements to the experimental UI. (more…)

Build runners and integrations Developers all over the world love TeamCity’s tight integrations with build tools and external services, and we take great care to support them in the best possible way. Below is a list of the new features that we are planning to add. .NET 5 Many of our users are excited about Microsoft’s plans to release .NET 5 – a new platform that will unite .NET Core and .NET Framework. .NET 5 will eliminate the differences between developing for different platforms, and we are planning to follow the same path in TeamCity. The all-new .NET build runner will unite all 5 ru

We want to share what we’re actively developing or designing, and give you sneak peek of the announcements you can expect to see over the coming year. TeamCity Cloud Developers must have the power to create great software without having to deal with the pain of installing and maintaining build infrastructure. That’s why we are working on TeamCity Cloud – a fully managed CI/CD solution that will be completely hosted and supervised by JetBrains. It will have everything you love about the original TeamCity, and it will run your builds and tests on dedicated instances in the cloud, fully isolate

We are happy to announce that we’re building TeamCity Cloud – a CI/CD service that will be completely hosted and supervised by JetBrains. If you’re interested in participating in the beta, please fill out the form on the TeamCity Cloud page. We will add your email to the beta list, and get in touch with you early next year. Update from July 9, 2020: We have just launched the public beta of TeamCity Cloud. The links above have been updated.