Over the past few years, TeamCity has been using the YYYY.R versioning scheme, where YYYY represented the year and R represented the release within that year. When looking at the version number 2021.2.1, for example, you could easily understand its meaning:

Similarly, the name of version 2022.1 EAP made it clear that this was an early preview of the first release for 2022.

Why do we need a new versioning scheme?

While this versioning scheme worked great for many years, the release of TeamCity Cloud has brought about a paradigm shift:

Instead of releasing new features only twice a year, we can now deliver them to you as soon as they are ready – in the cloud.

Moving to a new development cycle means we need to rethink our versioning scheme, not only so we can ship new features faster and be more flexible with releases, but also so we can maintain a transparent workflow in our issue tracker.

After exploring different options, we’ve decided that a calendar versioning scheme with the YYYY.MM.MINOR structure will provide the best possible clarity for our users. This versioning scheme is used by many other popular products (for example, Ubuntu), and we believe that most of our users will be able to understand it easily.

According to this new system, the next major releases of TeamCity On-Premises will be named as follows:

We are planning to release new major versions of TeamCity On-Premises every April and October, which correspond to the 04 and 10 in the version numbers. Bug-fix releases will increment the third number in the version independently of the month when they are released: e.g. 2022.04.1, 2022.04.2, 2022.04.3, etc.

After the release of TeamCity Cloud several months ago, it quickly became obvious to us that there’s no longer any real advantage in releasing EAP versions. Because of this, we’ve decided to discontinue the TeamCity EAP and focus on more stable releases of TeamCity Cloud instead:

Unlike in the early access builds that we previously published before releasing the major versions, all features in the TeamCity Cloud releases will be polished and ready to be used in production.

For obvious reasons, new features that are specific to TeamCity On-Premises (such as administration or multiserver setup) will not appear in the TeamCity Cloud releases.
There is one exceptional scenario in which it will still be possible to download early access builds of TeamCity On-Premises – more on this below.

What you will see

As a user of TeamCity On-Premises (Professional, Enterprise)

As a user of TeamCity Cloud

As a plugin developer

This new pipeline aims to make our releases more flexible and their features more stable. If you have any questions regarding these changes, feel free to leave a comment on this post and we will try to answer you.

A fresh bugfix update for TeamCity 2022.04 is available for download. These are the most notable changes in TeamCity 2022.04.4:  Referencing parameters as variables is now supported for Approval rules in the Build Approval feature. See the TW-75759 issue.Non-optimal reporting of build statuses in the Commit Status Publisher feature has been fixed. See the TW-77184 issue. The full list of fixes is available in our release notes. We strongly recommend upgrading, as this release also brings security and performance fixes. As any minor update, 2022.04.4 shares the same data format with

We’re continuing to work on TeamCity performance – the new bug-fix update addresses 32 issues, 6 of which focus on improving performance. See our release notes for the full list of fixes in TeamCity 2022.04.3. The most notable of them are: Previously finished successful test batches are now reused when rerunning a build with the Parallel Tests build feature enabled.We fixed the issue with Commit Status Publisher sending excessive status updates for builds in build chains. We recommend upgrading and taking advantage of the latest improvements to your TeamCity server. As with any m 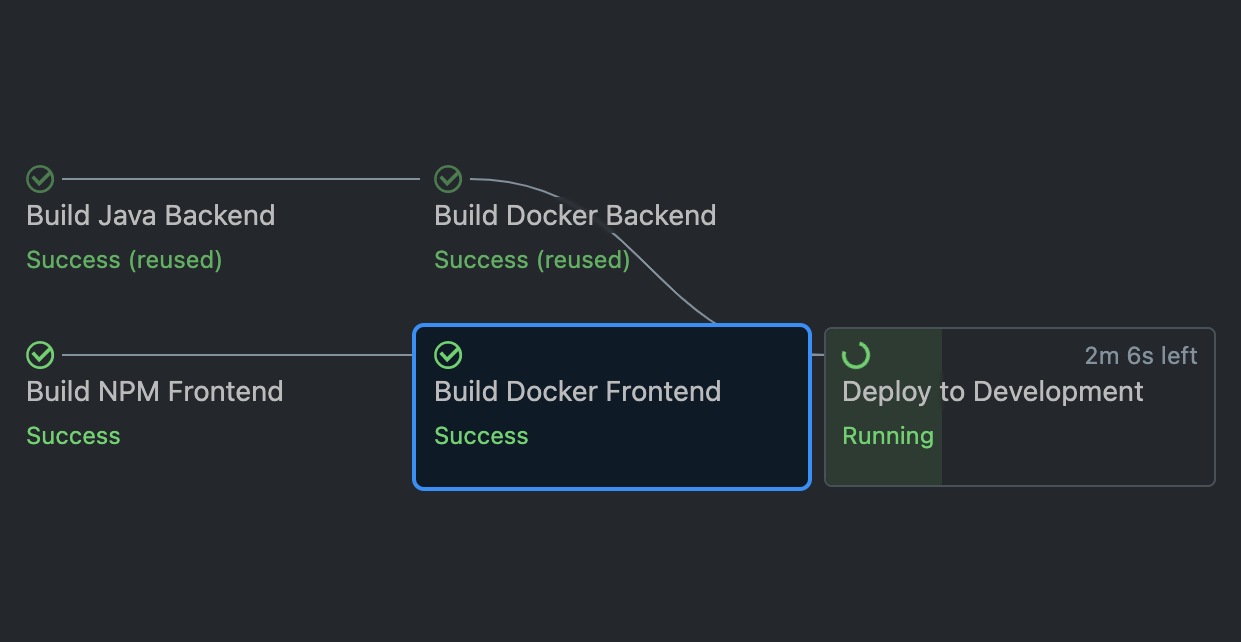 Over the past couple of months we’ve been working hard to come up with a new way to work with TeamCity, which we’re calling TeamCity Pipelines. It’s primarily geared toward smaller teams who value a much simpler, more streamlined, pipeline-first UX over the broad feature availability of TeamCity Enterprise. (Yes, it will have dark mode.) You can find out more about it here: https://lp.jetbrains.com/teamcity-pipelines/ We would be grateful if you could take a minute to look at that page and give us your honest feedback, by leaving a comment below. We’d really appreciate your