For a number of years now JetBrains has sponsored and promoted a wide range of educational projects and initiatives. At the early stages, when the company was still a start-up, a handful of colleagues including some of the JetBrains founders taught Computer Science and IT courses at the university level in St. Petersburg, Russia, sharing their skills and knowledge with students eager to learn. As time would show, this went a long way toward building and expanding the local community of professional software developers and IT specialists.

As JetBrains (and IntelliJ Labs) grew in size and expanded its line of products, it required more and more talent. The individual educational initiatives became more regular and gradually evolved into company-wide initiatives. 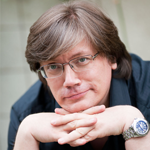 An important social development also served to bring JetBrains closer to academic institutions. The business world in Russia, and the IT industry in particular, began to reevaluate its connections with the sphere of education. Andrei Ivanov, the COO of JetBrains, recently explained this phenomenon: “A while ago, Russian businesses used to play the Consumer role — only concerned with meeting their operational needs, i.e. filling vacancies with trained specialists. At best, some were willing to offer internships for students. But things have been changing. More and more companies now treat universities as partners, in a mutual commitment to advancing higher education in our country. Businesses allocate grants for instructors, set up scholarships for the top students, and send their employees to give talks on popular topics.”

Today, as a result of this ongoing process, JetBrains is involved with multiple sponsorships and various educational initiatives on which it spends 1% of its annual revenue. As part of its cooperation with universities, JetBrains allocates grants to instructors and JetBrains colleagues give lectures on modern programming practices, trying to pass on to students the research and hands-on Computer Science skills they will need in the world of today and tomorrow. Hot topics include programming languages, compilers and language processes, among others. The areas of research are always expanding and keeping up with the latest IT trends.

JetBrains cooperates with the St. Petersburg Academic University of the Russian Academy of Sciences (AU RAS), headed by Zhores Alferov, a Nobel Prize winner in Physics, as well as the St. Petersburg State University of Information Technologies, Mechanics and Optics (ITMO). As part of ‘Save the Best’ program the company helps ITMO keep some of the best alumni at department, so they can do science and pass their experience to next generations.

The company’s involvement in the educational process is significant. For example, over half of all technology workshops held in AU RAS are run by JetBrains colleagues. They cover such topics as Scala, MPS and Kotlin, among others, which directly relate to their work at JetBrains.

These universities send their brightest students to JetBrains, to gain exposure to real-world software development and research, and later use these experiences in writing their theses. Many of these young people join JetBrains full-time after graduating. 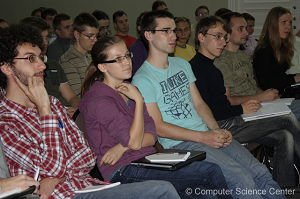 2011 saw the establishment of The Computer Science Center — a collaborative project between JetBrains and Yandex. It was formed in part on the basis of the Academy of Modern Programming, founded in 2005 by Andrei Ivanov. JetBrains sponsors CSC instructors who teach specialized courses, and helps recruit competent instructors. CSC accepts both undergraduate and graduate students and awards three different degrees: Computer Science, Data Mining and Software Engineering, the latter being headed by Ivanov.

Just a few weeks ago, on October 19, 2012, JetBrains established a brand new lab at the Mathematics and Mechanics Faculty of the St. Petersburg State University.

For students, the lab not only serves as an introduction to JetBrains, but also offers an opportunity to take part in real-life research and development projects supervised by the
company’s leading engineers. Outstanding projects are able to apply for
scholarships or research grants.

“We’re looking for young talents who want to grow and develop their skills in a strong team, with a real chance to help create advanced products that are intelligent and useful,” said Ivanov.

20% of Time for Personal Projects

Like some other prominent IT companies, JetBrains encourages its employees to pursue personal projects: Any colleague is welcome to devote 20% of their working time on personal projects relating to research, education or teaching.

On November 3, 2012, St. Petersburg will host the Northeastern European Regional Contest 2012 as part of the annual ACM International Collegiate Programming Contest. The quarterfinals and semifinals will be held in ITMO. JetBrains is one of the official sponsors of the event, and all competition machines will come with IntelliJ IDEA pre-installed. The well-known IDE is an ideal tool for competitive programming, as it helps to minimize the time spent on coding algorithms and focus on the task of problem-solving.

In its own business office setting, JetBrains regularly hosts local conferences and workshops, including Scala dev, The Mobile Developers Conference, and others. The talks given by undergraduate and graduate students cover modern software development technologies and programming languages.

Although recruiting doesn’t top JetBrains’ agenda, 10 to 20 graduates join the company every year as a result of its university partnerships and educational projects.

A number of JetBrains employees continue their graduate studies, research activities and/or teaching part-time or full-time. One such is Dmitry Boulychev, Ph.D., who runs the brand new JetBrains laboratory at the Mathematics and Mechanics Faculty of the St. Petersburg State University and is simultaneously an associate professor at the AU RAS AND a lecturer at the Computer Science Center.

As JetBrains develops and expands its educational initiatives, it facilitates the quality of education in its communities, helps train IT experts, and promotes the spreading of knowledge and research activities in its core areas, including software development tools and programming languages.

In the second quarter of 2020, we resolved a number of security issues in our products. Here's a summary report that contains a description of each issue and the version in which it was resolved.

Space is designed as a platform from day one, both in terms of extensibility and having a partner ecosystem in mind. Whether you are a reseller, a professional services provider, or a software vendor who would like to build on top of our platform, there are rich opportunities to collaborate and grow your business with Space. We have created three partner programs which should cover most partner