The Global Windows Azure Bootcamp 2014, GWAB for short, is a free one-day training event organized by and for members of the community. The event takes place March 29th in more than 130 venues worldwide.

JetBrains is proud to sponsor this independent event with a free license to be raffled at every location!

We had a chat with the five people driving this massive effort: Magnus Mårtensson, Alan Smith, Michael Wood, Mike Martin and our evangelist Maarten Balliauw.

Can you tell us a bit more about the event? 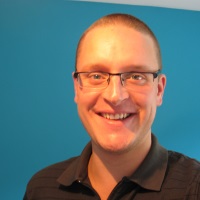 Maarten: The event is organized by local Windows Azure community enthusiasts and experts. It consists of a full day of sessions and hands-on exercises to get people up to speed with Windows Azure, whether that’s in .NET, Java, node or PHP.

Magnus: This is a new kind of event the likes of which I have never seen. And we fell into doing it almost by accident. We never thought we would get over ten locations for this event. Now we have 137 locations! Mind-blowing is the word.

What will people learn at the event? Is there a fixed agenda for every location? 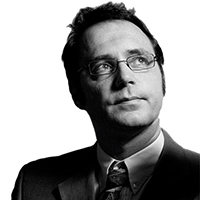 Alan: There is a suggested agenda for the day based on the Windows Azure Training Kit, but event organizers have a lot of freedom over how they run the day. They can deliver sessions, or just let the attendees work hands-on.

Mike M.: That’s the beauty of it: it’s global but the local touch makes it unique :-) Every organizer can have his/her own say. The only thing we “require” is that they try to add up to the global charity lab. 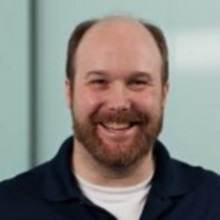 Mike W.: The local and global sponsors have been really generous this year. Some locations simply wouldn’t have a location to meet at without the help of sponsors. The global sponsors have all been very flexible as more and more events signed up, providing additional licences and services to give away.

Alan: We could not do this event without the sponsors. So many companies are providing locations, food, and logistics, and to have so many companies supplying licences for development and Windows Azure related products, means attendees can get to work on real-world Windows Azure projects the Monday after the event.

You’ve reached the halfway point of our article. Why not take a break and watch the “official” trailer for #GWAB 2014?

Where did the idea for this event come from? 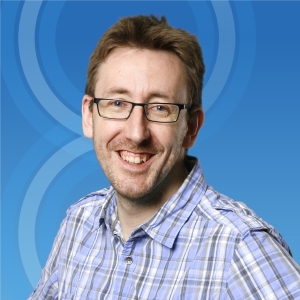 Mike M.: Last year I got involved pretty late, just by offering a hand with the flood of emails -) This year the original guys asked me if I wanted to help out again, hence having 5 global admins managing a lot of international communications and overall organization. How a crazy late night idea can have such consequences!

Alan: It started over a beer in a pub in Stockholm. Magnus and I pretty much had the same ideas of doing some kind of code camp in a few different cities. By the end of the evening we had this crazy idea of getting communities from around the world to join in and make the event truly global. Once we got others involved the concept really built up momentum, there is so much energy and passion in the development community, and its fantastic to see what can happen when we all focus it in one direction.

Mike W.: I had been helping give Windows Azure Bootcamp events in the U.S. when they were started by Brian Prince from Microsoft several years ago. Those events were one or two-day events scattered around the calendar and country. Then I got an email from Magnus, Alan and Maarten saying, “Hey, do you think some places in the U.S. would be interested in having a Bootcamp on the same day as a few other events here in Europe?”

How did diabetes research become part of the bootcamp?

Maarten: Last year, we had the idea to have a little competition between all locations. Everyone could join in a lab where they had to render as many 3D images as possible on their cloud environment. Turned out that we wasted close to 9,000 servers (4,000 concurrent) and 8 years worth of compute time on this fun yet useless cause. This year we wanted to put this to good use! We have been looking for some charities to provide us with numbers to crunch and we have been in touch with an open-source space program that had a big number of calculations to do. In the end we decided the GlyQ-IQ lab for diabetes research would be a good fit.

Mike M: Even just by having fun last year we realized we were spilling resources. Why not do something for the greater good, we thought? Reaching out to charity wasn’t easy, but in the end we managed to get a good charity that needed the attention/number crunching we could offer. And that leaves us with a warm and good feeling.

Mike W.: Alan’s lab last year was top notch and it was fun watching the videos get rendered and people on Twitter bragging about how their country location was doing. Once we saw just how much processing was completed in 26 hours, we knew there was a better way to use it than to produce 3D images. Working with PNNL and Microsoft Research has been really great in order to bring this great research to the event.

One event with so many locations at the same time… Is there a magic recipe for getting 130 locations on the map? 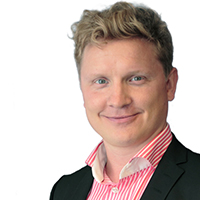 Magnus: I think it’s about honest passion! We love what we do and we simply can’t help sharing it and talking about it. That kind of enthusiasm is contagious. People tend to want to be around folks who have fun, know no bounds and do outrageous things! That’s GWAB and Windows Azure: Outrageous FUN!

Mike W.: The recipe isn’t magic, it’s simply finding the people who are passionate about sharing Windows Azure with others. The true core of the event are the local organizers and the amount of work they put into the event.

If you are interested in joining this free one-day event on March 29th, check out the Global Windows Azure Bootcamp website and find a location near you. Who knows, you may win a JetBrains license there as well! Good luck gentlemen! If you want to keep track of what is happening, follow the #GWAB hashtag on Twitter.