On January 26th, 2015, InfoWorld announced their 2015 Technology of the Year award recipients. In total there were 32 winners representing the best of cloud, data, hardware and software applications.

For the second year in a row WebStorm is a winner and IntelliJ IDEA returns to the list in 2015! 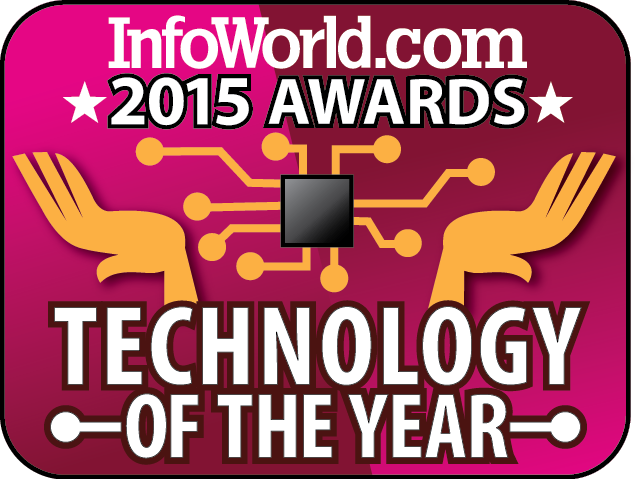 The WebStorm review by Martin Heller, InfoWorld Test Center Editor, highlights the core features that makes WebStorm “more than an editor” such as: built-in code inspections and code quality tools, Node.js and JavaScript debugger and tracer, Live edit, and integration with the testing tools.

Just last month IntelliJ IDEA 14 picked up the 2015 Jolt Productivity Award for Coding Tools and now InfoWorld’s 2015 Technology of the Year. What a great ending to 2014 and start to the new year!

Here is part of what Rick Grehan had to say in his review.

“Granted, we wish the Community edition were equipped with the sorts of J2EE development tools found only in the Ultimate edition: database tools, support for frameworks such as JPA and Hibernate, deployment tools for application servers like JBoss AS, WildFly, and Tomcat. Nevertheless, the Community edition makes a fine Java application development platform that also gives you Android tools, as well as support for other JVM languages like Groovy, Clojure, and Scala (the last two via free plug-ins). Whichever version of IntelliJ IDEA you use, you’ll find a rich array of tools designed to simplify otherwise tedious development chores.”

Read more about WebStorm (slide 15), IntelliJ IDEA (slide 16) and the other winners in InfoWorld’s 2015 Technology of the Year Award slide show.