Directories under your control: ‘Mark Directory As’

Recently we’ve opened the Early Access Program for CLion 1.5, with many hot features on board that we’d like to introduce you to. Let’s take a closer look at a new feature called “Mark directory as”.

When you open the context menu for a directory and select “Mark Directory As”, you can see three options:

Each one serves a particular use case. Let’s explain them going from the bottom up:

In case of files included into the project, i.e. Project files, you’ll get the whole set of smart features after indexing is done:

How do these features behave for Excluded and Library files?

Symbols from Excluded files are not completed since the IDE is not aware of them. However, if you first include the files from the excluded directories explicitly, then completion will work.
The same is true for Library files. Both cases will become similar to Project files if the directory is marked with include_directories in your CMake files.

Code generation is not available in either Excluded or Library files. If you try using the Generate action (Alt+Insert on Linux/Windows, ⌘N on OS X), you will get the New... dialog which can help you create a new file or C++ class.

Find in Path feature allows you to search for a key through the selected scope (Shift+Ctrl+F on Linux/Windows, ⇧⌘F on OS X):

As for library files, there is a separate custom scope called ‘Project and Libraries’. Select it to include libraries into search results: 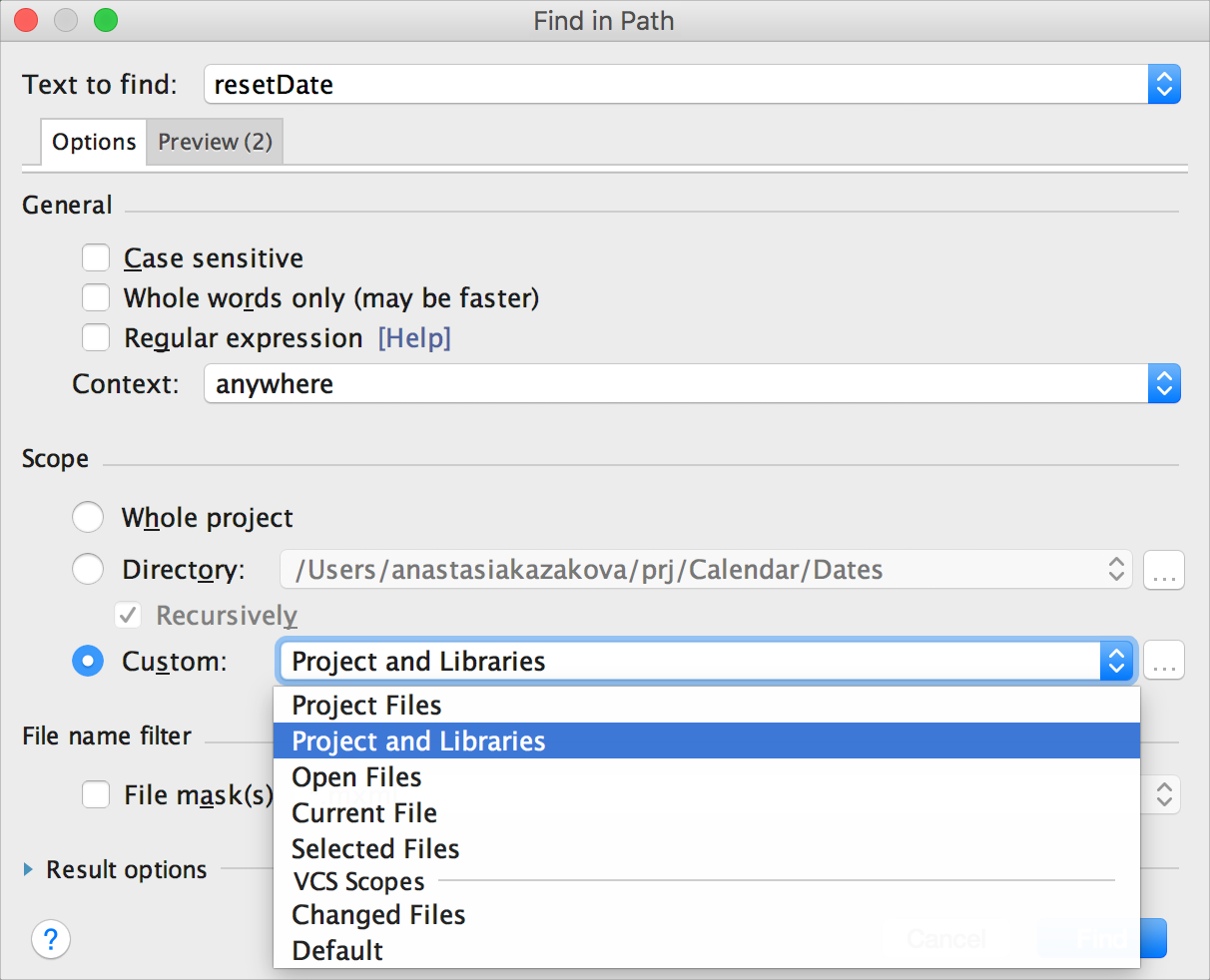 CLion offers lots of possibilities to navigate across your project. Among them, you can find:

Symbols from Excluded folders are not included into these searches (since these directories were not indexed at all).

However, for library files they can be included. Simply tick the Include non-project classes option in the corresponding dialog.

Compare the result for project files only:

and for libraries symbols added: 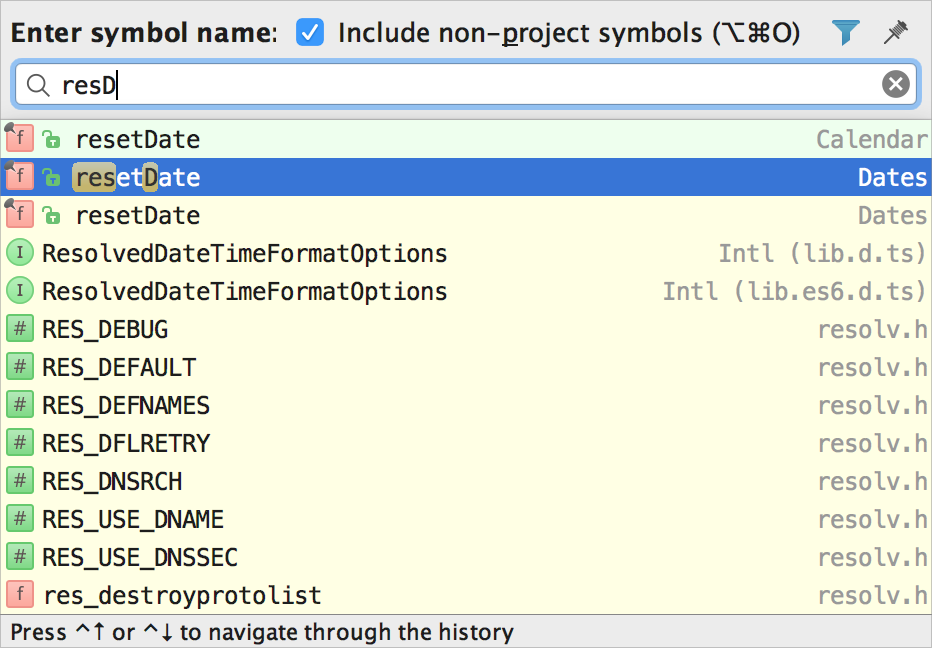 By the way, if you don’t include non-project symbols, but no matching symbols are found in the project, CLion will search through the libraries automatically.

Refactorings are not allowed inside files that are excluded or marked as libraries:

However, you can still perform some refactorings for whole files, like moving, copying or renaming files.

This wraps it up for Mark Directory As. Please give it a try and share your feedback in the comments section below.

Sincerely yours,
The CLion Team

12 Responses to Directories under your control: ‘Mark Directory As’

Developing for ESP32 With CLion on Windows

This tutorial shows how to set up a project in CLion for ESP32 development on Windows, covering all the necessary steps in great detail.