Next week our C++ team will be visiting C++Now 2016 conference in beautiful Aspen, Colorado. We’ll be glad to meet you there and have a chat. And don’t miss your chance to win a license for a C++ tool (CLion, AppCode or ReSharper C++) from us at a conference picnic, Wednesday, May 11!

We also invite you to visit two talks by our developer advocate: Dmitri Nesteruk
is a developer, speaker, podcaster and a developer advocate for JetBrains. He is interested in software development and integration practices in the areas of computation, quantitative finance, and algorithmic trading. His technological interests include C#, F# and C++ programming as well as high-performance computing using technologies such as CUDA. He teaches an entry-level course in Quantitative Finance. He has been a C# MVP since 2009.

Design Patterns in the 21st Century (Wednesday, May 11, 4:45pm)
Design patterns started with Smalltalk and “old” C++. Since then, programming languages and paradigms have advanced quite a bit, and C++ is no exception. In this presentation, we’ll take a look at how classic Gang of Four design patterns can be improved via Modern C++. We’ll also take a look at functional programming patterns and how C++ functional literals and lambda expressions make monads possible.

C++ Tool Support: Where We Are and Where We Are Heading (Thursday, May 12, 4:00pm)
As Bjarne Stroustrup stated in his opening address at CppCon 2015, “we need tools”. But what can those tools actually do? What’s the point of having an IDE when we have Notepad, VIM/Emacs, Sublime and others? This talk attempts to answer the question by showing how tools allow us to gain more insight into how the code is going to behave and how it can be improved. We’ll take a look at a scenario which is made progressively better through the use of code generation, refactorings as well as the insights provided by fast navigation and hierarchical visualization. We’ll also take a look at extraneous facilities, such as the support for CMake, built-in unit testing as well as the ways in which interoperation with other tools (e.g., Cling), as well as different programming languages (e.g., Python), makes an IDE an excellent choice for productive development.

See you!
The JetBrains C++ Team

From May 1 to May 6, 2022, I attended the C++Now conference in Aspen, Colorado. This was my third time speaking at C++Now (I also attended in 2016 and 2019), and in my opinion it was the best edition of C++Now so far! This conference is truly different. It is much smaller than other international C++ conferences. Even pre-pandemic, it was capped to a maximum of 160 attendees, and this year, the 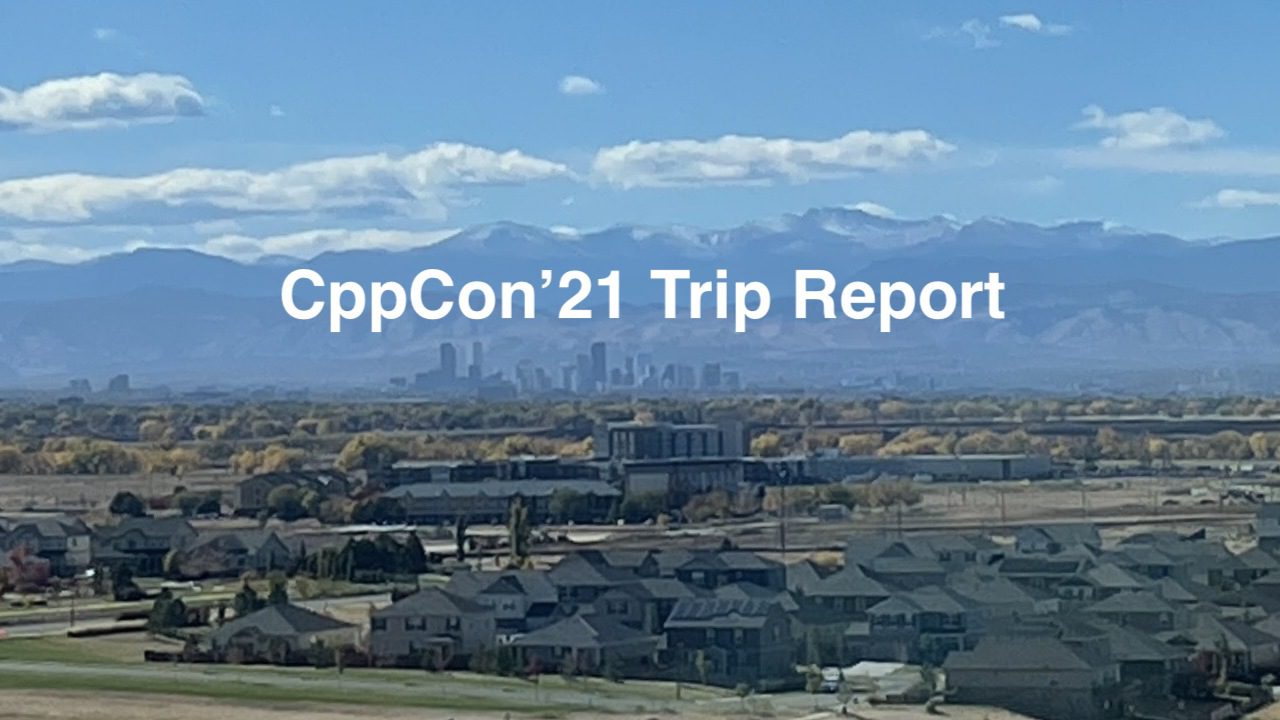