Last week we announced experimental support for the Visual C++ compiler in CLion. This week brings more exciting features, like disassembly view for debugger and Catch test framework support! A new EAP build, 171.3691.13, is now available for download. And you will get a notification about a patch-update in case you are using the previous EAP build (171.3566.4).

This build brings disassembly view for debugger. You can now step into disassembly code, when the sources are not available. The assembly code will be highlighted correctly and you can then step though it to investigate the problem:

As work on this feature is not yet finished, there are a couple of limitations and known issues:

Try the disassembly view on your project and let us know what you think in our tracker.

This EAP brings Catch support to CLion. Catch is a cross-platform test framework for C++ which you might consider as an alternative to Google Test, CppUnit and others due to following reasons:

And now there is one more reason – CLion’s Catch support! 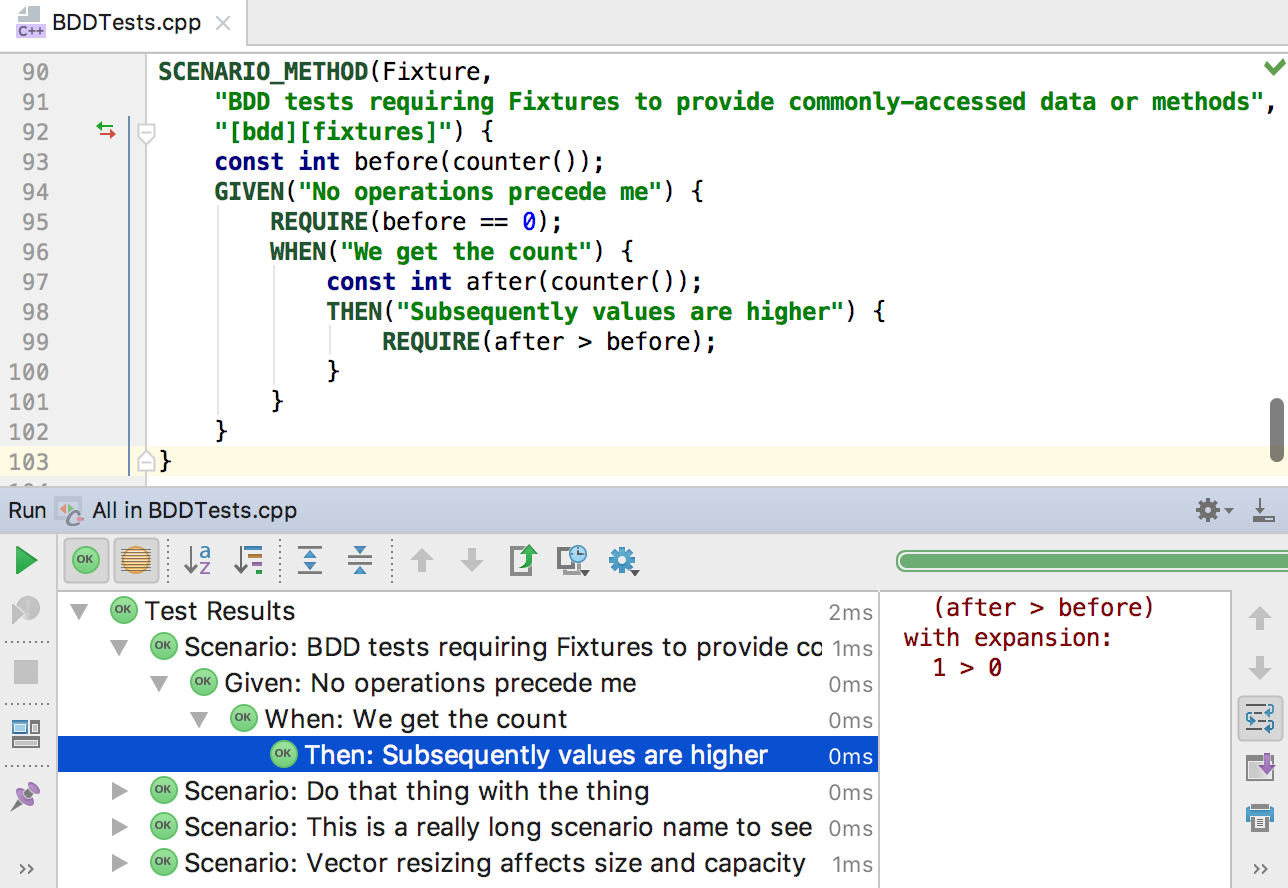 CLion support Catch v1.7.2 and higher. To learn more about Catch itself and its support in CLion read this blog post by Phil Nash, the original author of Catch and developer advocate here at JetBrains.

The previous EAP build introduced experimental support for the Visual C++ compiler in CLion. It’s now possible to build projects with MSVC/CMake/NMake toolchains on Windows. A few fixes and usability changes were added this time:

That’s it! The full release notes are available here.