While inspecting arrays during debug, you might notice there was a limit of 50 elements shown by default. To see more user had to explicitly expand the next 50 elements. This was done to reduce performance issues. However, sometimes a few elements with big indexes are needed, and it’s quite tiresome to click expand several times in a row.

In order to provide a solution to the problem, we’ve added a registry value to control the default number of composite value’s children: 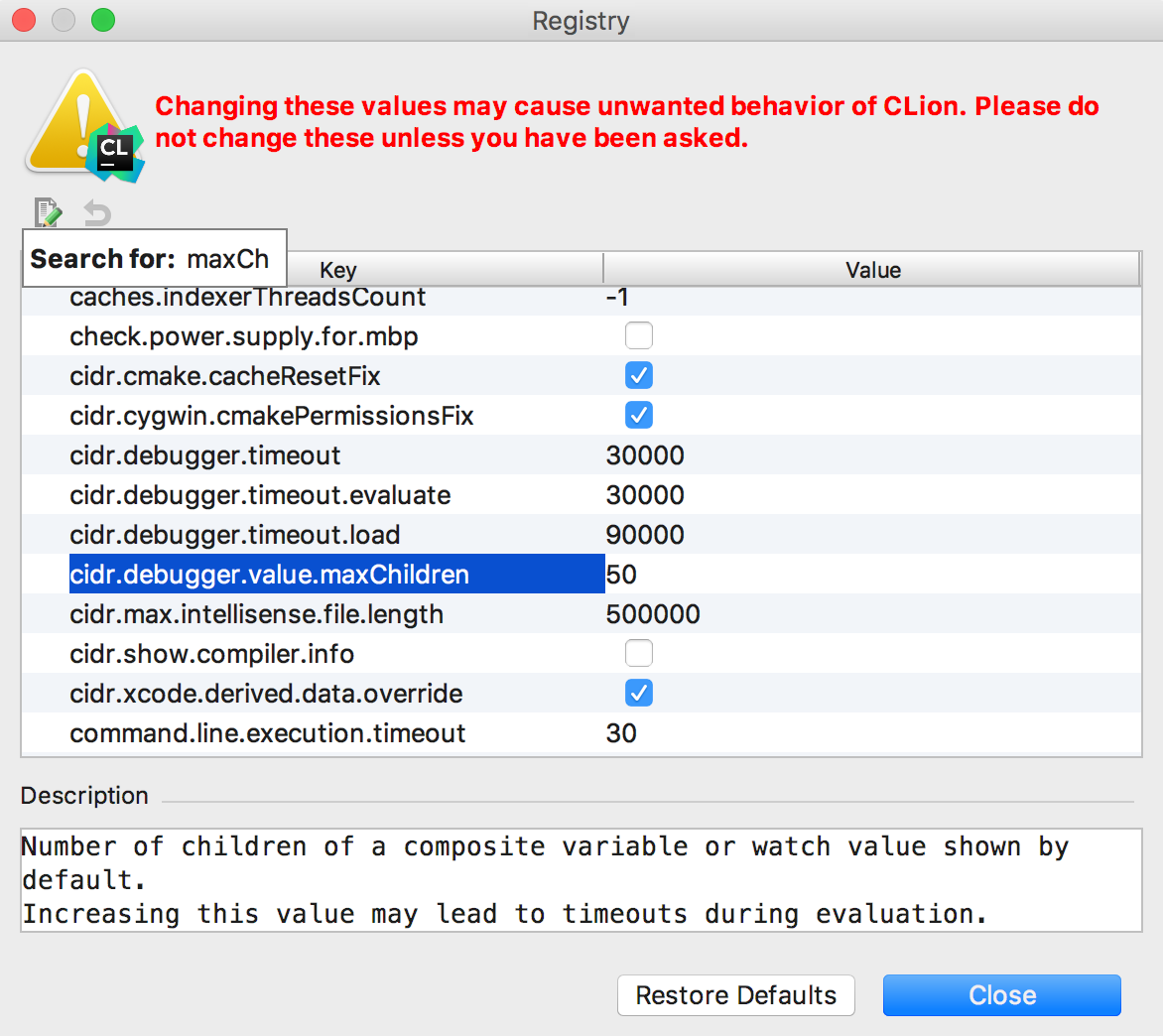 A few other issues were resolved in CLion’s GDB driver:

Includes paths on Windows were fixed to support absolute paths, paths with multiple backslashes and paths related to the root of the working disk.