Here comes a new CLion 2019.1 EAP, build 191.4738.15! You can get it from our site, using Toolbox App, or through a snap package (if you are using Ubuntu). The patches will be available shortly for those of you who are using the previous EAP build.

In 2018, we announced that we would work towards a complementary Clangd-based language engine and shared our big hopes for it. First, we implemented the error annotator on top of Clangd. Later came Clangd-based navigation and search (for some actions). And the first 2019.1 EAP starts with ClangFormat support, which we also kept as a part of Clangd. Now we’ve expanded the engine with code highlighting and quick-fixes! 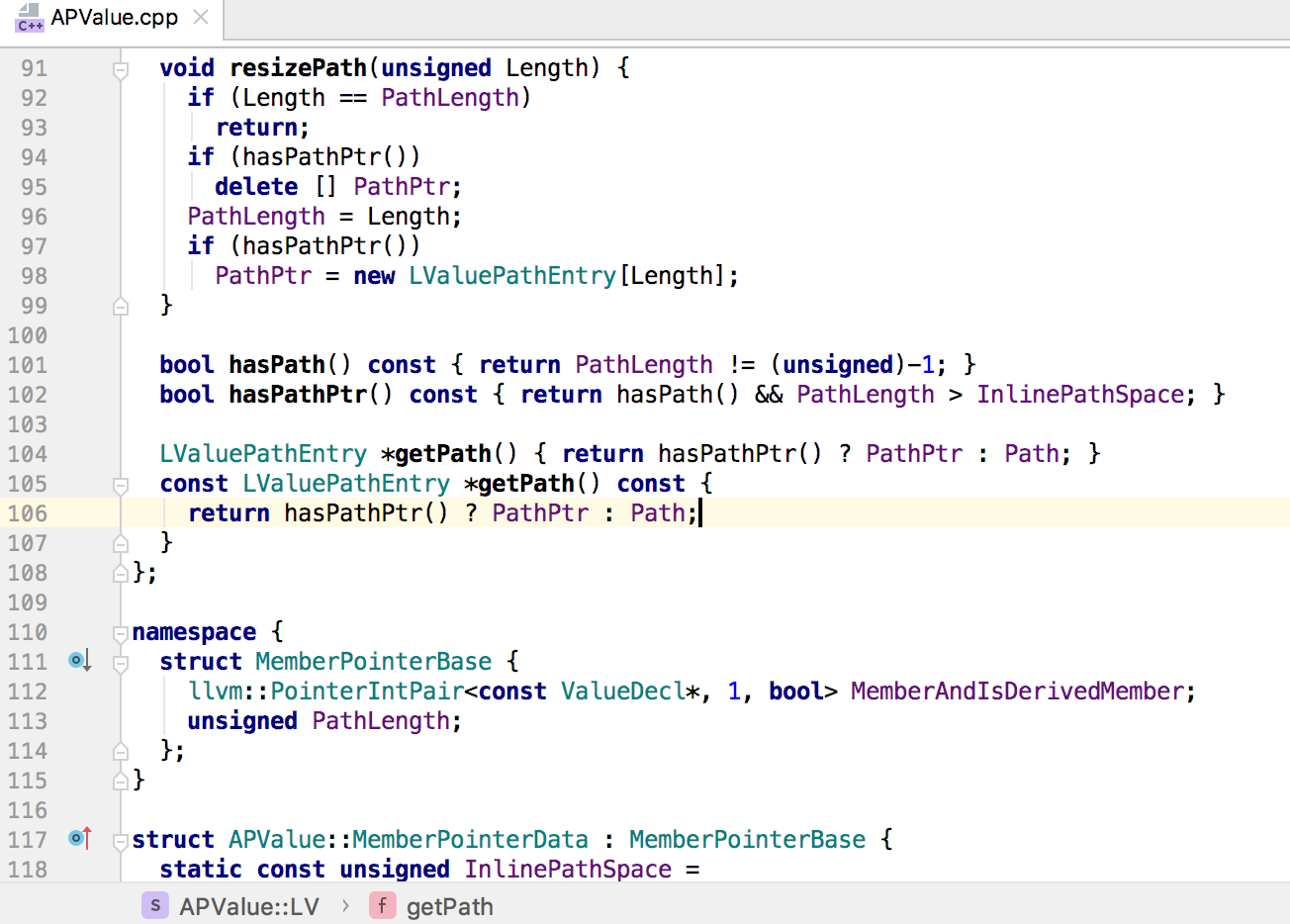 For users, this means editor performance improvements. For code highlighting this change is clear, but for quick-fixes, it requires a bit of explanation. The Clangd-based language engine is used to identify potential breaches in the code and show an error or a warning. Now it’s also used to provide a location for a quick-fix, while CLion covers the actual quick-fix:

Unfortunately, for various reasons, some of the quick-fixes have been removed temporarily. You can find a list of them in the tracker: CPP-15243. We’re doing our best to fix the regression and put the most valuable quick-fixes from this list back in before the release. Make sure you let us know if your favorite one is on this list!

We might turn it off by default later, but for now let us know if you observe any suspicious usage there. (Besides, as a workaround, if you click on the indicator, CLion will restart the daemon.)

While you are stepping through the code in debugger, the variables are calculated and the values are shown in variables view in the debugger tool window and right in the editor (Inline Variables View). There are cases, however, when it’s more important to step quickly and only watch the variables occasionally. So to improve the stepping performance in such cases, we’ve added an ability to Mute Variables. Most important facts about this new feature: 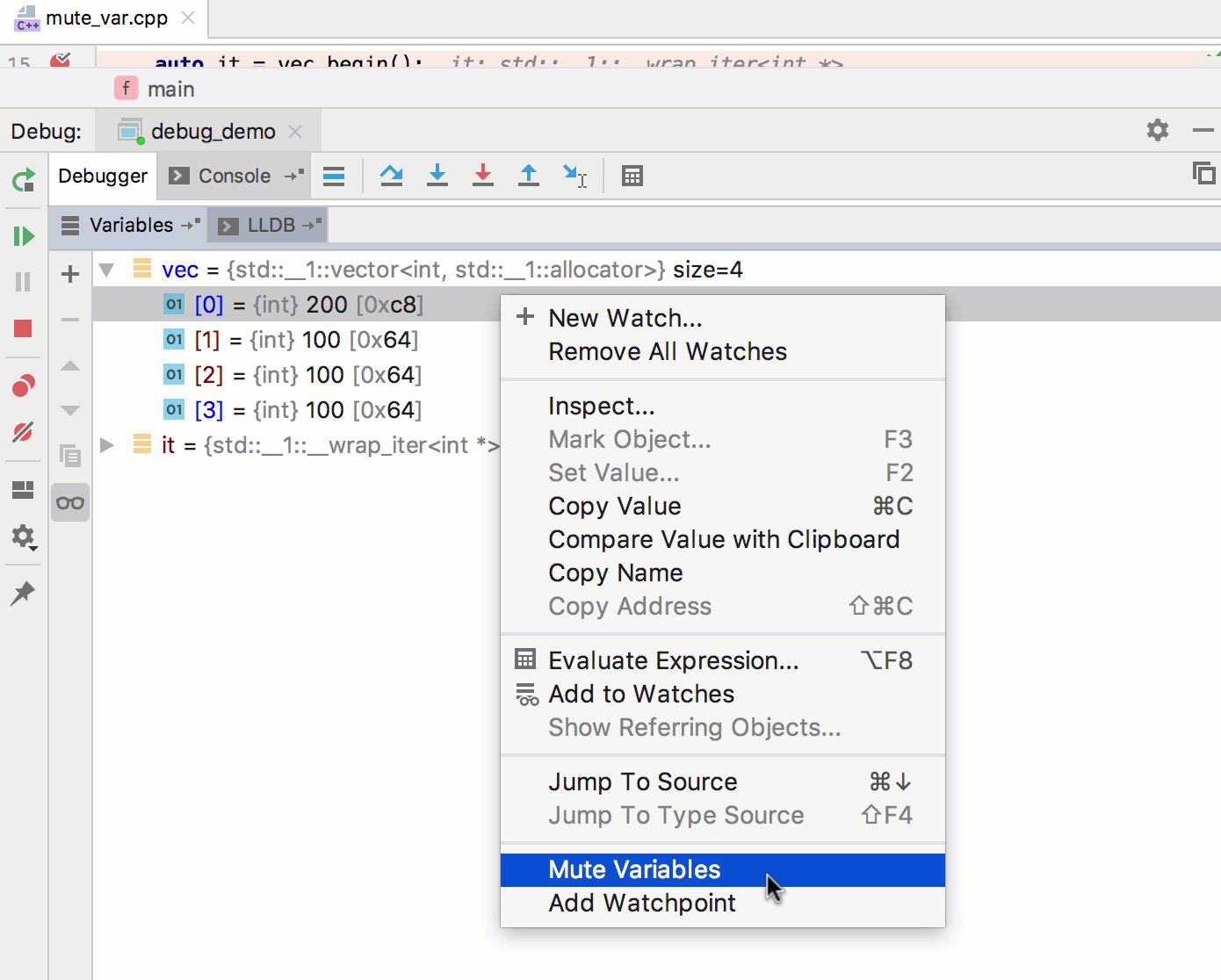 A very useful fix has found its way into this build finally – now when you do a file rename, CLion doesn’t rename an associated class/struct silently, but asks instead if you’d like to rename it. And for sure, it works the other way round: 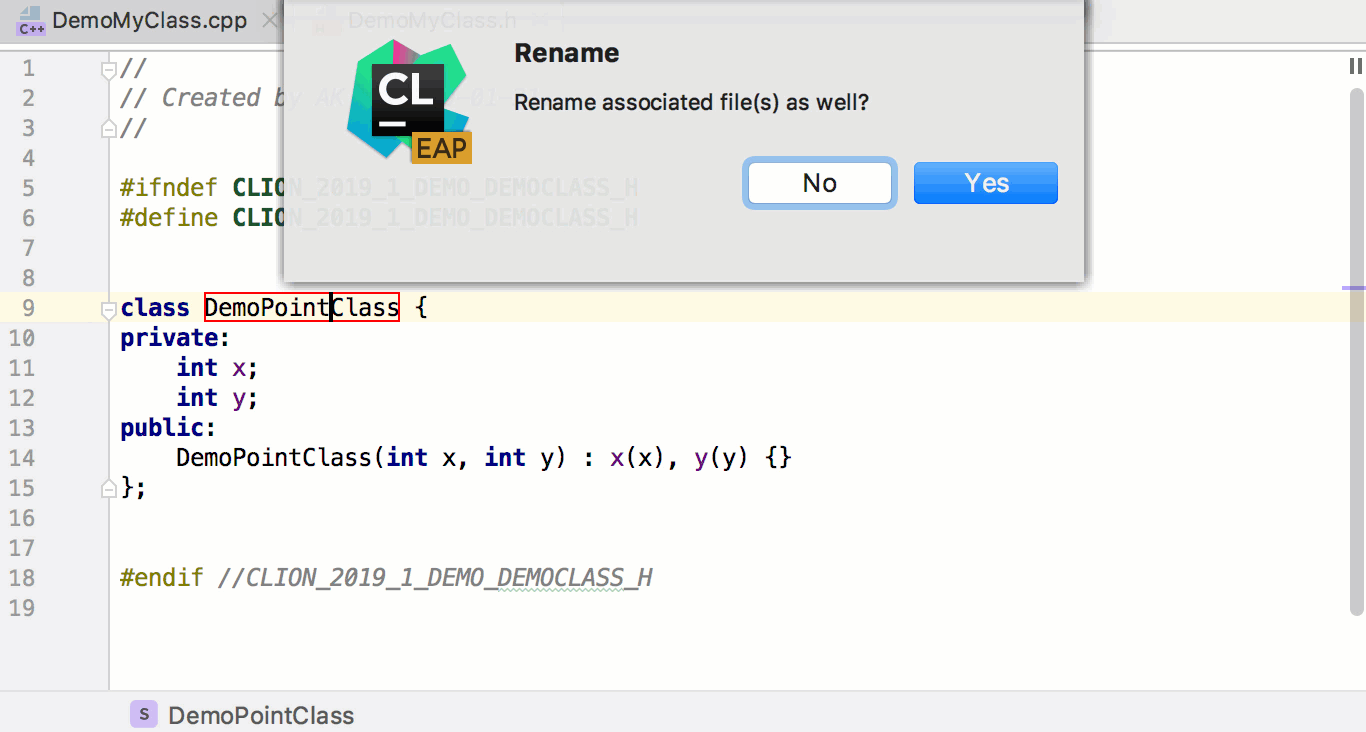 That’s it. The full release notes are here. Download and try the EAP build right now! We are looking forward to your feedback!