Last week the CLion 2020.2 EAP introduced the super-useful dangling pointer analysis. Have you had a chance to try it out yet? Meanwhile, we’ve been moving forward with CLion 2020.2!

We’ve updated the Clangd engine in CLion 2020.2, and fixed many crashes that happened in it on the C++20 code. It’s definitely now more stable for the latest available C++ standard. We are also continuing to add support for the C++20 features, and this build includes the following improvements:

The CMake Profile settings under Build, Execution, Deployment | CMake has a newly polished UI, with a few useful tips added for the settings there: 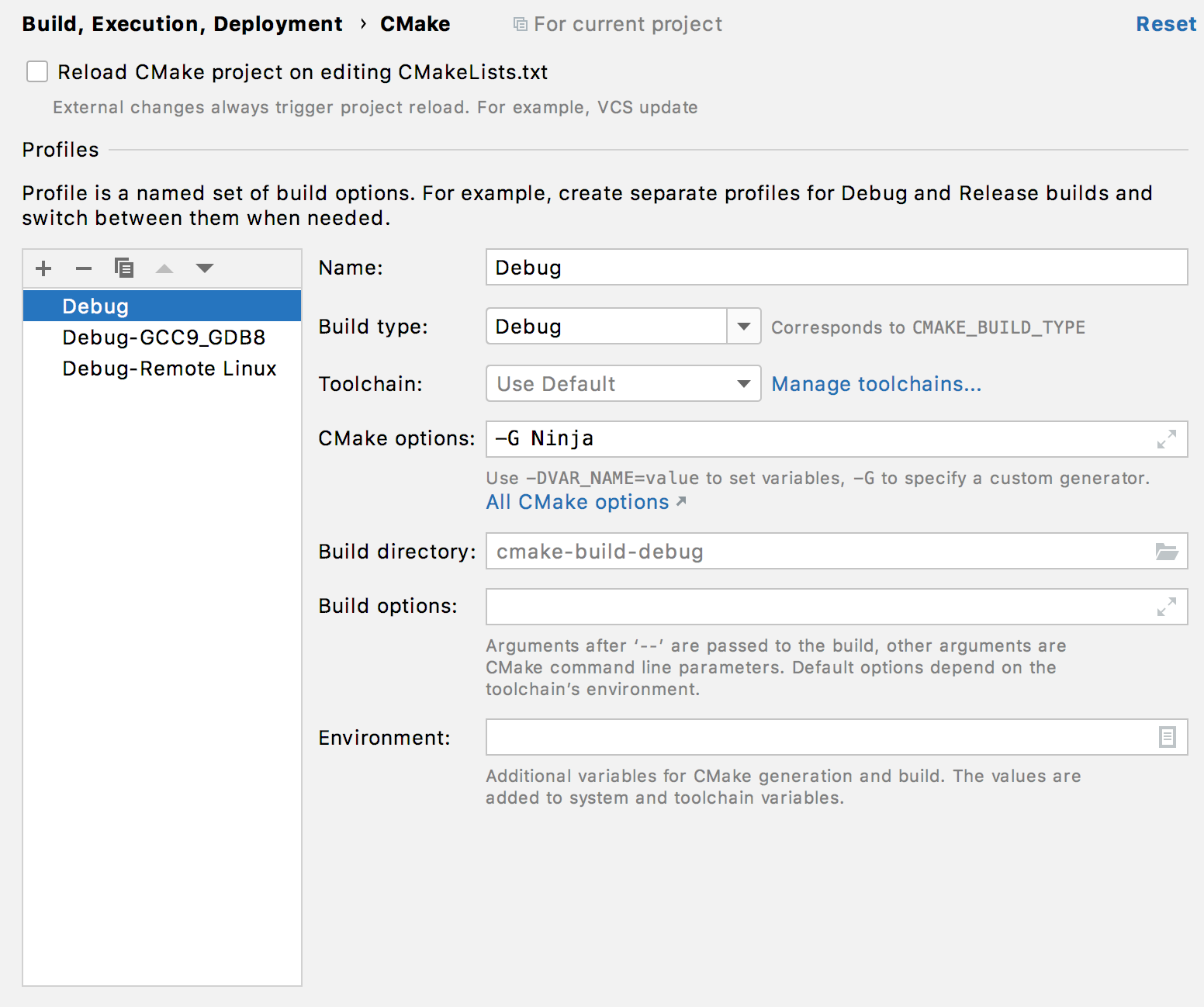 CMake 3.17 brought the Ninja Multi-Config feature. We’ve recently implemented support for this new generator (-G "Ninja Multi-Config") in CLion. However, there is a limitation that’s worth noting. Currently, multi-config generators in CLion create build files for every configuration, but only the one selected for the CMake profile is actually used by CLion. We are planning to add a UI to support multi-config generators, later (CPP-20890).

CLion 2020.2 now bundles CMake 3.17. However, there are still two important known issues that need to be resolved. There is the issue we mentioned above, and there is also an issue with the support for the CMake 3.16 PRECOMPILED_HEADERS target property (CPP-18582). We are now working hard to resolve both of these issues as soon as possible.

CLion now supports skipping tests at runtime (for Google Test). Just use the GTEST_SKIP() macro for this. Additionally, selecting and running multiple tests no longer results in a "Preparation canceled" message (CPP-20039).

In CLion, the action Go to Declaration or Usages (Ctrl+Click / Ctrl+B on Linux/Windows, ⌘Click / ⌘B / force-touch on macOS) works differently for different cases:

This behavior is compatible with the other IDEs on the IntelliJ Platform, including PyCharm, GoLand, IntelliJ IDEA, and others.

However, another Go to Declaration or Usages behavior is possible in CLion as well:

Would you prefer to jump to the declaration from the definition or to get the list of usages like in other IntelliJ Platform IDEs? To control this behavior we’ve added a new option:

By default, Show usages popup is selected, which means usages are shown:

If you select Jump to predeclaration, then you’ll be taken to the declaration if it exists.

Note that, to go to the declaration, you can also use a left-gutter icon.

In addition to all this, a few frustrating bugs have also been fixed in this build:

This EAP also has an updated GDB STL pretty-printer bundled into it. Refer to the confluence page for the full list of fixes.

Earlier in September, we began the 2020.3 Early Access Program for CLion which introduces the following enhancements: CTest support An action to set execution point in the debugger Initial portion of MISRA C and C++ checks Clang completion snippets More Makefile projects support Today the new 2020.3 EAP build for CLion is available! Here is a brief overview of the highlights you will find in this new EAP version: Improved Google Test support. Recompile single file is now available for Makefile projects. Enhancements for Qt projects: code completion for Qt signals and slots, Q
October 15, 2020 by Anastasia Kazakova 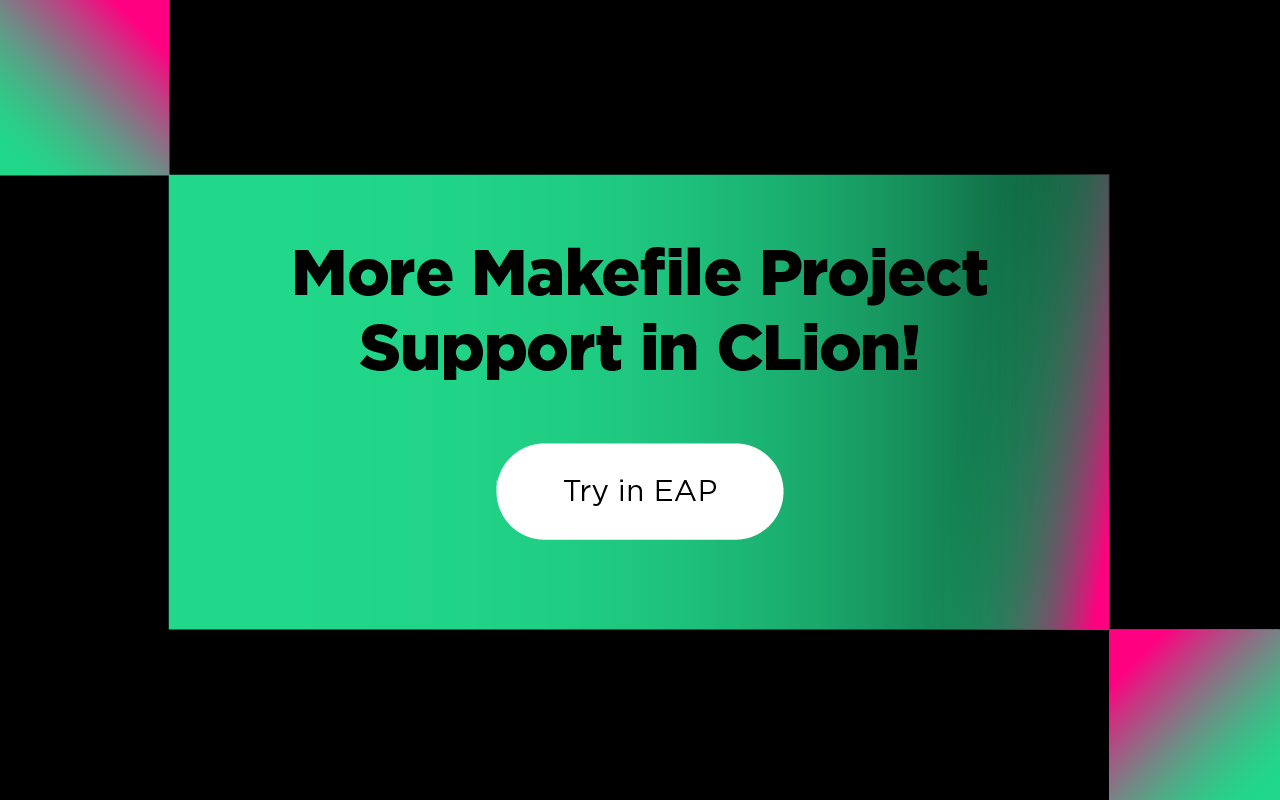 Last week we started the CLion 2020.3 EAP which introduced CTest, some MISRA checks, Clang completion snippets, and a brand-new Set Execution Point debugger action. Today we are happy to share a fresh new EAP build with you! Build 203.4203.24 is available from our website, via the Toolbox App, or as a snap package (if you are using Ubuntu). DOWNLOAD CLION 2020.3 EAP Today, it’s all about Makefiles! Makefile project support was just recently introduced in CLion 2020.2. We are seeing growing interest and increased use of Makefile projects, and we definitely want to develop Makefile support furt
September 30, 2020 by Anastasia Kazakova
Subscribe