Read on to learn about the latest updates in the IntelliJ Rust plugin:

In the 2020.2 release cycle, IntelliJ Rust has progressed to version 0.3 with the official introduction of the new macro expansion engine. The new engine was previously available as an experimental feature, but it is now enabled by default.

Find out more about the new engine in our detailed blog post. In short, here’s what it brings for your code:

In CLion 2020.2, you can now debug projects that were built on Windows using Rust’s MSVC. For this, IntelliJ Rust will employ the LLDB-based debugger bundled in CLion as part of the C/C++ Visual Studio toolchain.

Note that you don’t necessarily need to install Microsoft Visual Studio or any other software in addition to what is required for compilation. For more information on building with MSVC, take a look at the rustup documentation.

Before a debug session, go to Settings / Preferences | Build, Execution, Deployment | Toolchains and create a Visual Studio toolchain. Check that CLion has detected ‘Bundled LLDB’ as the toolchain’s debugger and move this toolchain to the top of the list. Then you’ll be ready to go. 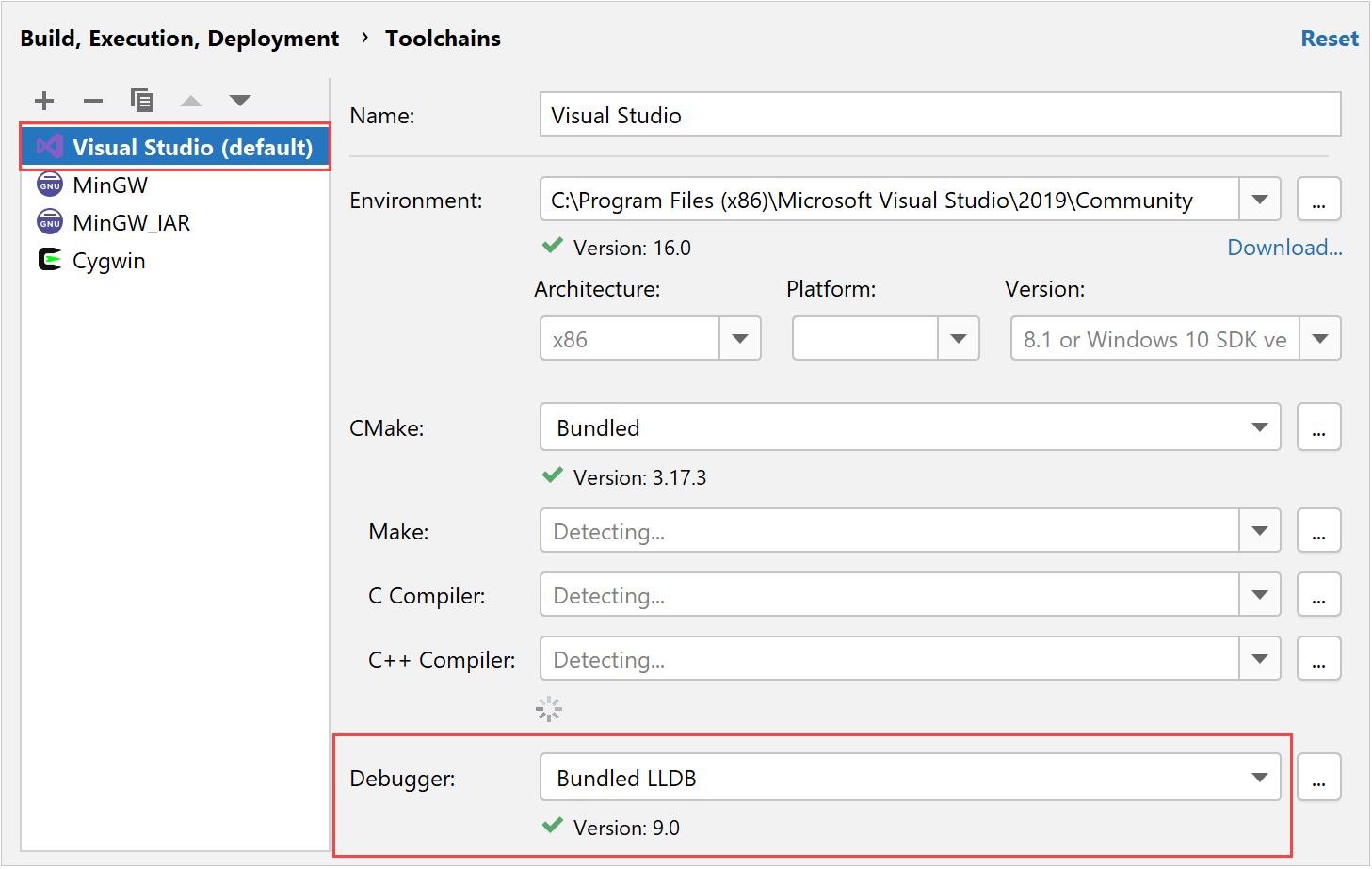 Start debugging, and IntelliJ Rust will check the toolchains and notify you if there is a mismatch:

Note that Rust’s MSVC debugging is still in the early stages of development. If you are interested in tracking its progress, keep an eye on this meta issue.

or_patterns is an experimental language feature that allows ‘|’ to be arbitrarily nested within a pattern. 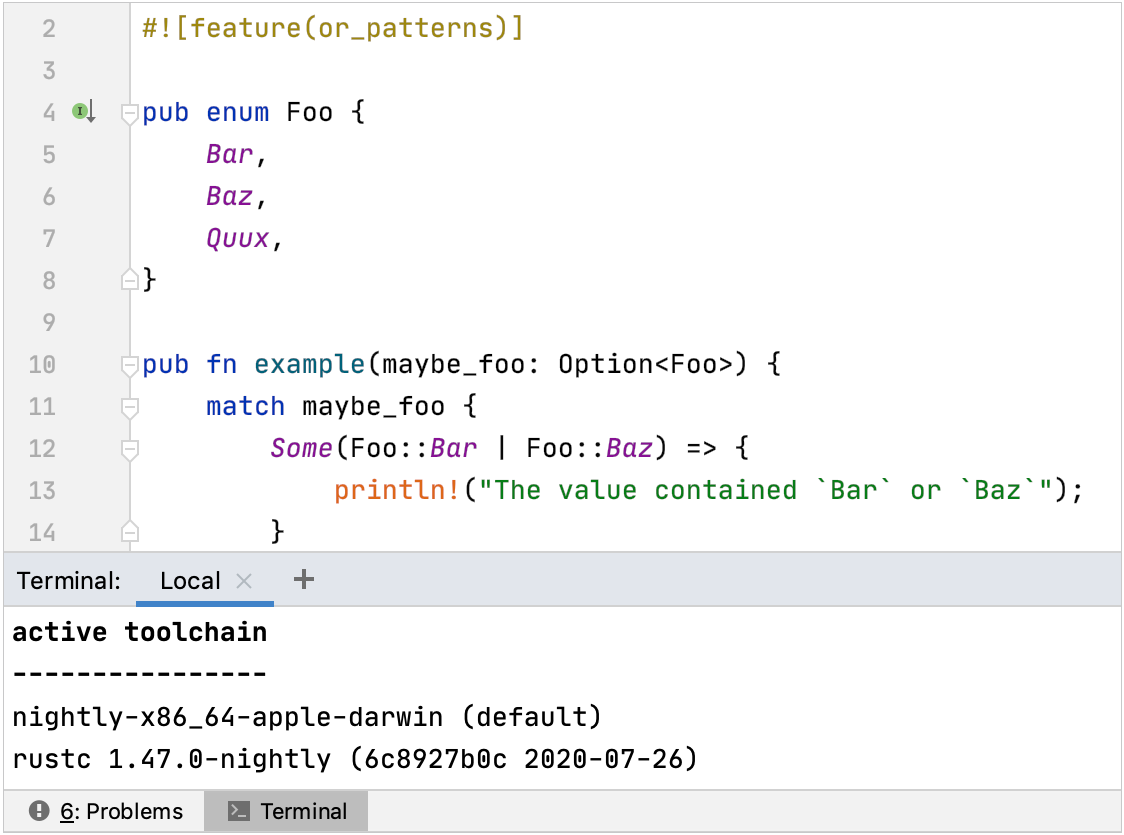 To start using this feature, invoke it with the #![feature(or_patterns)] attribute and switch to the nightly toolchain. Otherwise, or_patterns in your code will be annotated as compilation errors.

Tip: if you are switching the compiler to nightly for an open project, make sure to finish by calling Refresh Cargo Project from the Cargo tool window or via Help | Find Action (Ctrl+Shift+A on Linux/Windows, ⇧⌘A on macOS).

Three new refactoring actions have been added to the plugin with the recent releases:

These refactorings are available via shortcuts, Refactor This (Ctrl+Alt+Shift+T on Linux/Windows, ⌃T on macOS), and from the Refactor section of the main menu.

Move File changes the location of a module file and updates all the related references. To call it, press F6, select Refactor | Move File, or simply drag a file within the Project tree: 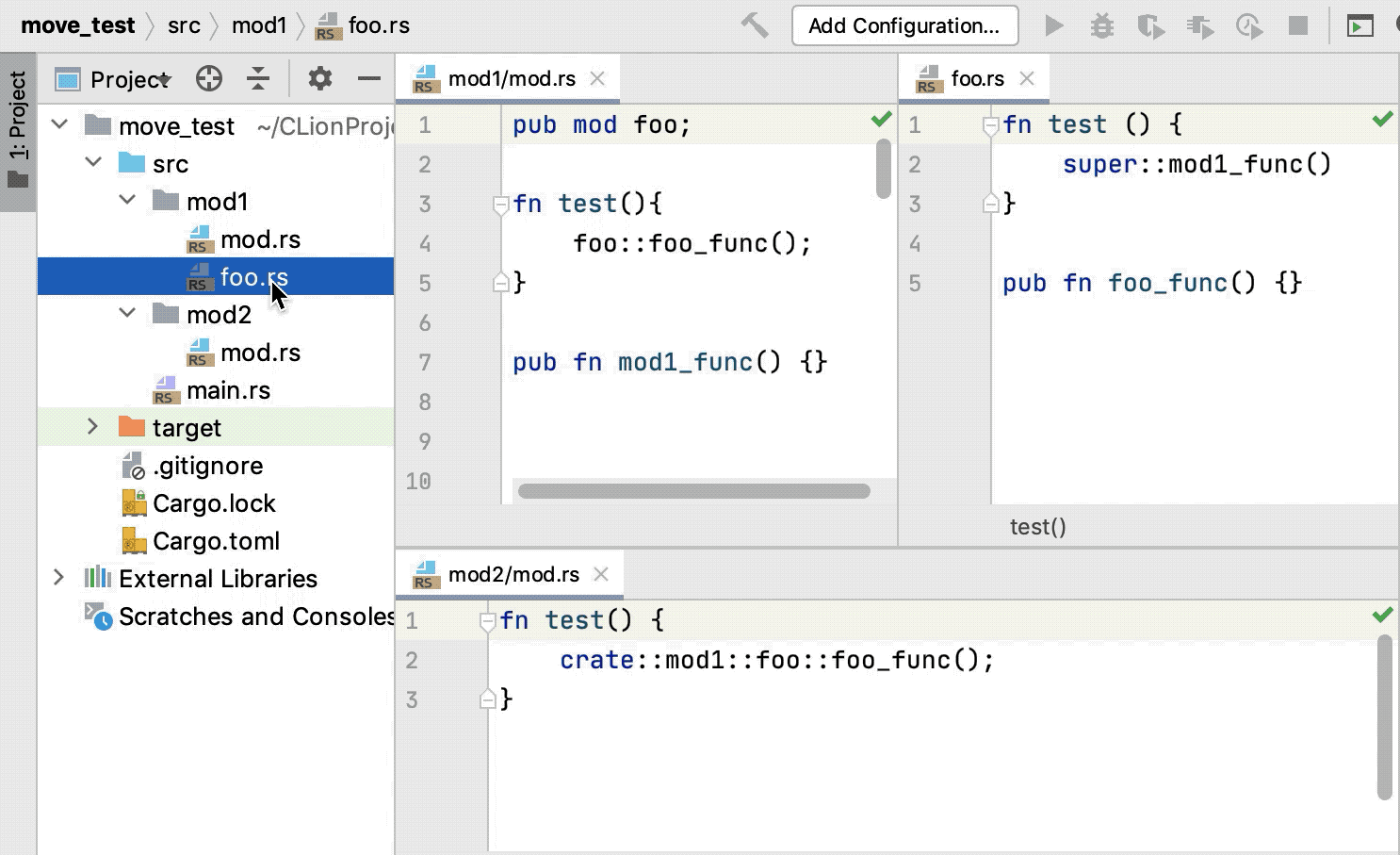 Move also works for top-level items like structs and enums. Press F6 while on the desired element, and you will be asked to select a new location and which items to move: 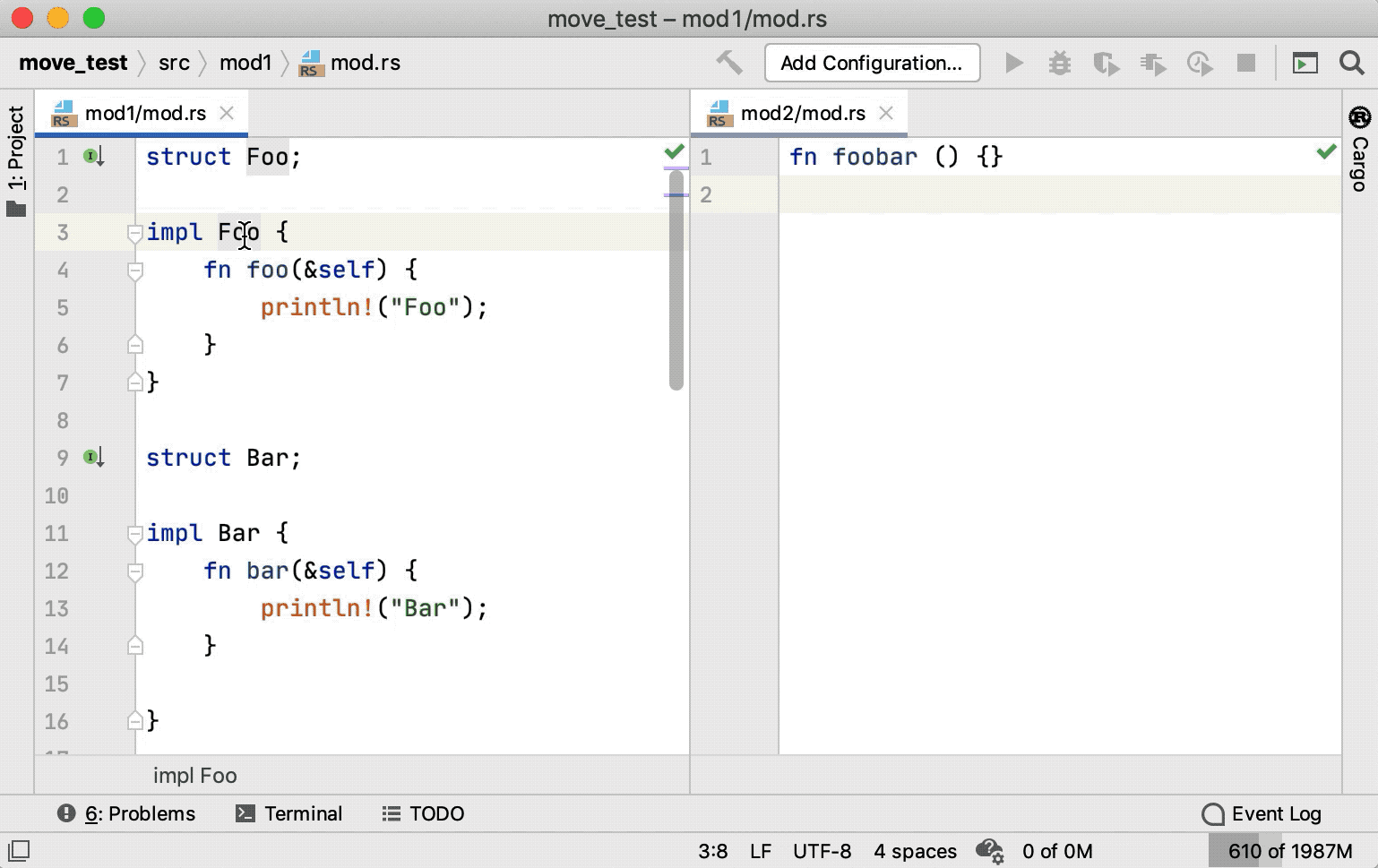 Introduce Constant (Ctrl+Alt+C on Linux/Windows, ⌥⌘C on macOS) helps you quickly transform an expression into a constant affecting all references:

When you need to inline a function body, call Refactor | Inline, or press Ctrl+Alt+N on Linux/Windows or ⌥⌘N on macOS. You can choose to keep the function or remove it after inlining. Currently, only calls without arguments can be processed correctly. 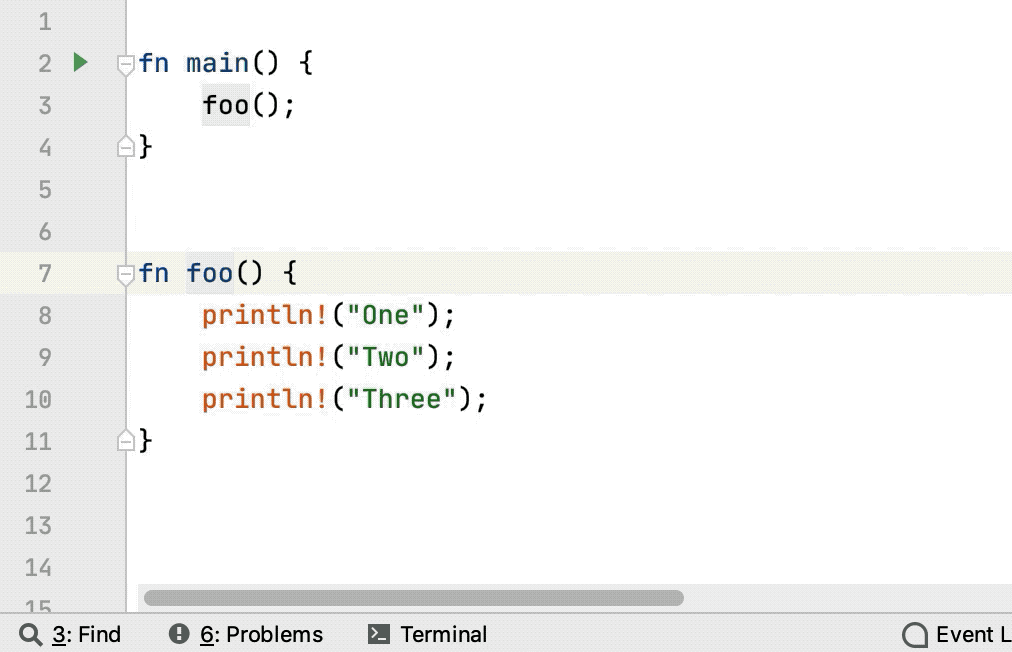 That’s it in terms of the most significant changes we’ve made to IntelliJ Rust for the 2020.2 release. Get CLion 2020.2, update the plugin, and give the new features a try!

Please leave your feedback in the comments below or use the plugin’s issue tracker. Thank you!