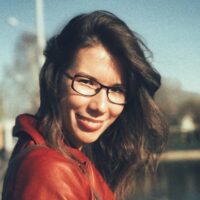 The most magical time of the year is underway and all of us are starting to prepare for the holiday season. At JetBrains Academy, we hope you and your loved ones have many cozy and joyful moments, and that the holiday season fills you with happiness, joy, and good cheer!

We hope that learning and discovering new things brings you joy too, and JetBrains Academy is always happy to help with this! Сheck out the 7 new projects and 22 topics that we released last month.

Are you ready to fix a hacking attack? In this project, you’ll rebuild a destroyed school’s database while getting familiar with SQL commands. You’ll also work with csv files, import data from files, and learn how to merge data from different tables.

Working with a private detective, deciphering riddles in data, finding answers to questions about video game information – does this sound interesting? Go ahead and work on this project that will also teach you basic SQL commands for working with data.

In this project, you’ll dive into implementing one of the simplest algorithms for clustering data: KMeans. Explore it from scratch using only numpy, pandas, and matplotlib for visualization. We’ll use the Wine dataset, so it won’t be boring!

We’ve recently introduced our new track, Pandas for Data Analysis (Beta). You’ll learn all about pandas, one of the most popular libraries for data analysis.

Сreate a question game with the help of the curl utility while getting familiar with Bash. You’ll also learn to connect an API, retrieve data from it, and work with files.

In this project you’ll write a program for encrypting messages and files. But first, you need some basic knowledge about ciphers. You will start with the validation of user input and then convert chars to ASCII values. In the end, you will build a simple cipher that creates a file and encrypts it with a Linux utility.

You know that everything can be encrypted as different characters, but what about encryption that uses only one character and spaces? This method has a name — the Chuck Norris cipher. In this project, you’ll create a program that can encrypt any text into a sequence of zeros and spaces and decrypt this sequence into text.

We also released the Words Virtuoso project from Beta.

Have you ever thought about how traffic lights work? In this project, we’ll implement a simplified version of a road junction in which many roads converge to one. You’ll learn how to work with multi-threading, handle exceptions, inherit classes, and implement and apply the circular queue data structure.

We also released the Graph-Algorithms Visualizer and Zookeeper projects from Beta.

Additionally, the Smart Calculator project has been released from Beta.

Projects marked as Beta are still in the early stages of testing. If you’re interested in checking out Beta projects on the platform, make sure the Beta-tester feature is enabled in your profile settings.

JetBrains Academy: Looking Back at 2022

Let's celebrate the International Day of Education by remembering highlights from 2022!

Discount for Former Students Increased From 25% to 40%

We know how important it is to get acquainted with quality tools and good developer practices early on, and this is why we provide students with free access to all JetBrains IDEs. Since the launch of our Support Program in 2014, the number of students using our IDEs through free educational licenses has reached 2.6 million. We at JetBrains are grateful to all of them for choosing our products as some of their first professional development tools. We would also like to help students who use our products have a smoother transition into professional life so that they can continue using thei

Check out our new projects in Python, Kotlin, Java, and more.