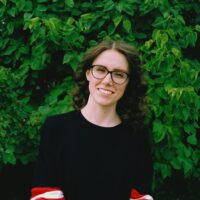 Time flies so fast – it is already the middle of the Hour of Code celebration! Whether it’s your first day or you’ve been with us from the start, we hope you enjoy it to the fullest. Today, we are going to talk about Android, an open-source operating system for mobile devices

The popularity of Android is beyond doubt: more than 70% of mobile devices in the world use it as their operating system, and Android Studio (the official IDE for Android) was voted the second most favored IDE tool among developers in the Stack Overflow 2022 Survey.

If you ever wanted to get into mobile app development, see this as a good chance to start! Android apps can be written in Java or C++, but the best choice of programming language for mobile development is undoubtedly Kotlin – Google named it the preferred language for Android apps developers in 2019.

So, if you need ideas for your first app – check out these TOP-5 most popular Android projects on JetBrains Academy.

If you’ve been an attentive reader these past few days, you’ve probably already seen this project mentioned in our Kotlin blog post. Zookeeper is a perfect choice for beginners who are only starting their programming learning journey. This project will quite literally take you from zero to launching your first full-fledged working application. You will understand the basics of Kotlin syntax, work with different types of variables, and learn more about lists and while loops.

What kind of a TOP-5 list would that be without at least one game project to entertain your learning days? Indigo Card Game has pretty simple rules: four cards are placed face-up on the table, and six cards are dealt to each player. Players take turns laying out cards, and if the laid card has the same suit or rank as the topmost card, the player wins all the cards on the table. Different cards award different scores, and ultimately, the player with the highest score wins the game. This project will introduce you to the fundamentals of object-oriented programming (OOP), teach you to work with basic data structures, and show you how to handle errors.

In just three short stages, you will create an app to calculate the size of the tip you need to leave depending on your total bill. With Tip Calculator, you will learn more about application layout design, widgets, event listeners, and simple Views.

How about creating a custom calculator app for your smartphone? With this project, you will create an app that can perform simple calculations, such as addition, subtraction, multiplication, and division. As a result, you will get familiar with Android Studio, understand the thought process behind the UI design, and put together a multi-element layout for your app.

This project will guide you through creating a useful productivity app inspired by the famous Pomodoro technique. The idea of this method is to break down one long period of work into small intervals followed by short breaks. As a result, it should help you stay focused on your tasks longer. With the Stopwatch project, you will consecutively go through all the steps of creating an Android app from layout basics to push notifications.

Join the Hour of Code celebration with JetBrains Academy and share your favorite projects with us using the hashtags #JetBrainsAcademy and #HourOfCode on social media!

JetBrains Academy: Looking Back at 2022

Let's celebrate the International Day of Education by remembering highlights from 2022!

Discount for Former Students Increased From 25% to 40%

We know how important it is to get acquainted with quality tools and good developer practices early on, and this is why we provide students with free access to all JetBrains IDEs. Since the launch of our Support Program in 2014, the number of students using our IDEs through free educational licenses has reached 2.6 million. We at JetBrains are grateful to all of them for choosing our products as some of their first professional development tools. We would also like to help students who use our products have a smoother transition into professional life so that they can continue using thei

Check out our new projects in Python, Kotlin, Java, and more.