IntelliJ IDEA 11 adds support for one of the most voted issues: Play! framework.

Please, have a look at how you could play in IntelliJ IDEA:

What else? Watch other short screencasts of specific features:

In this video we're going to take a look at IntelliJ IDEA's built in terminal. This performs the same function as your operating system's terminal or command feature, but using the terminal inside IntelliJ IDEA has a number of benefits. Opening the IntelliJ IDEA Terminal Window In this example we have a simple Spring Boot application that needs a running MongoDB database. We can open the terminal window with ⌥F12 on macOS, or Alt+F12 on Windows and Linux. The terminal supports all the same commands that the operating system supports. If we want to start the MongoDB database instance with a s
September 29, 2020 by Helen Scott 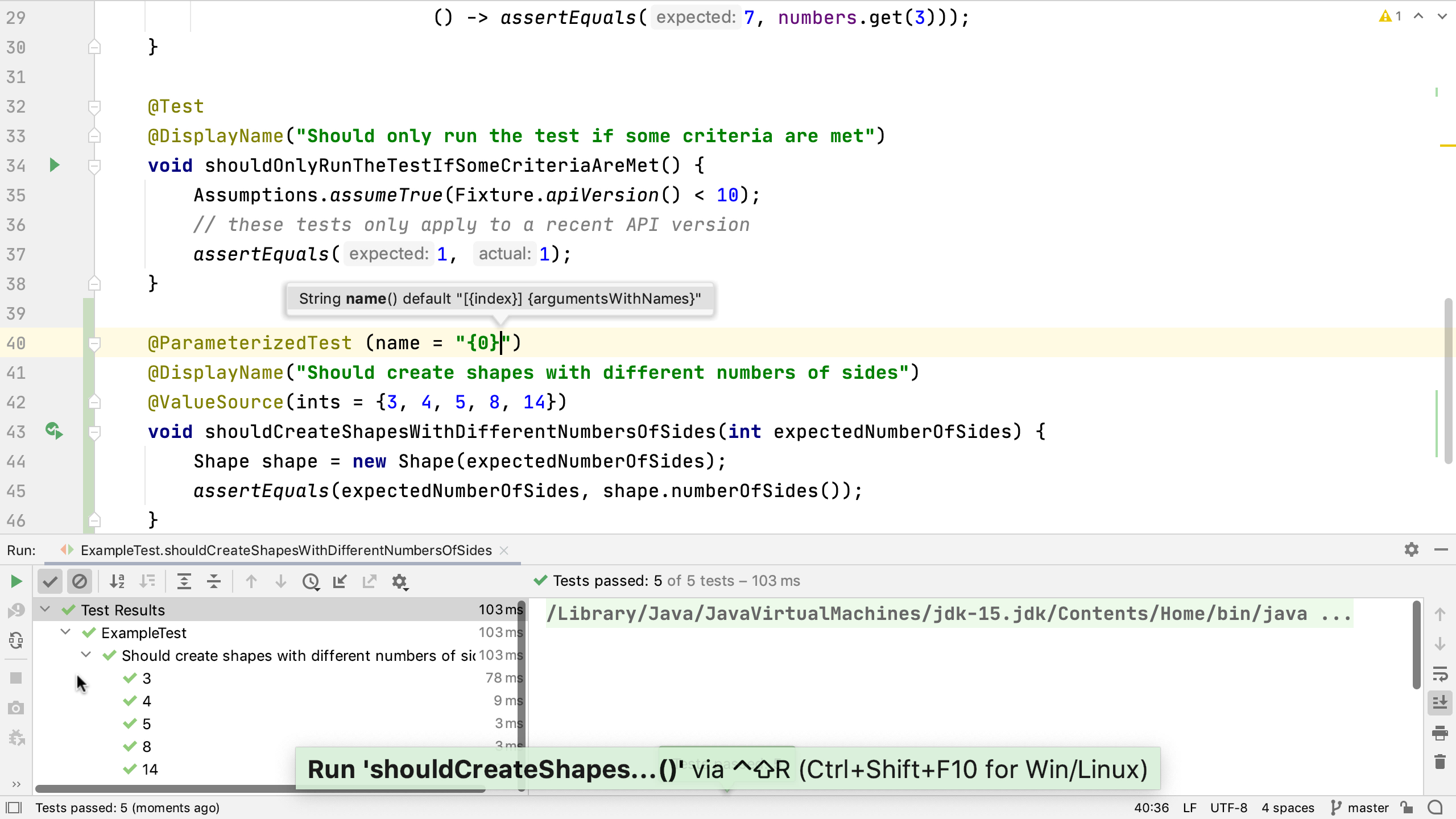 In this tutorial we're going to look at features of JUnit 5 that can make it easier for us to write effective and readable automated tests. All code in this tutorial can be found in this GitHub repository. This blog post covers the same material as the video. This provides an easy way for people to skim the content quickly if they prefer reading to watching, and to give the reader/watcher code samples and links to additional information. (more…)
September 16, 2020 by Trisha Gee
Subscribe