How is Flex Doing? Quick Start Guides and Tutorials

Apache Flex SDK 4.10 was released in August, and there have already been more than 7500 installations of 4.10 within two months since its release. Of course this SDK is supported by IntelliJ IDEA.

Nevertheless, according to the feedback we get, many Flex developers still stick to the older Adobe Flex SDK versions, and here’s what we’d like tell them: come on, update to the latest SDK already! The Apache Flex team acts on your feedback pretty fast, and the best thing you can do is to get involved!

The anonymous statistics we collect in IntelliJ IDEA shows that Flex and ActionScript developers have become more active. Here’s a chart showing how many times Flash Run Configuration was started each month in 2012-2013: 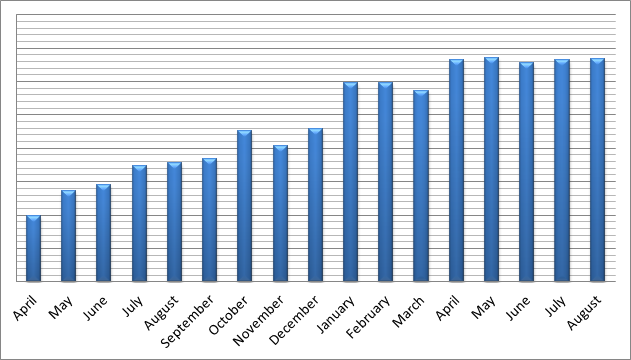 As we get a lot of questions from people new to IntelliJ IDEA, we have published several quick start guides and tutorials covering some basic topics:

We plan to add more tutorials, including advanced ones. Let us know what workflow aspects of Flex or ActionScript projects you’d like to learn more about.

18 Responses to How is Flex Doing? Quick Start Guides and Tutorials

IntelliJ IDEA has reached an incredible milestone – its 20th anniversary. Can you believe it's been 20 years already? Just think about it: we launched our product when smartphones and social media were not present in our daily lives, we had to watch movies on DVDs, and the Java virtual machine hadn’t even become open source. Twenty years ago, IntelliJ IDEA was created out of a desire to make development a more productive and enjoyable experience. Today IntelliJ IDEA is used and loved by over 4 million users all over the world. And this is not an exaggeration – we have users on each and every
January 18, 2021 by Zlata Kalyuzhnaya

Well 2020 is over, phew! And holy cow, I know I'm late with this month's Annotated (because I'm a real human being and like to take vacation) but even so there's a lot of stuff in this month's edition! There's more Java and Tech articles than usual and a bunch of Java news. Hang on in there for 2021, remember to continue being kind to each other, and to yourself. (more…)
January 15, 2021 by Trisha Gee
Subscribe