In this blog, we’re going to take a look at both scratch files and scratch buffers and identify their key uses.

This blog post covers the same material as the video with some additional tips and tricks. This provides an easy way for people to skim the content quickly if they prefer reading to watching, and to give the reader/watcher code samples and links to additional information.

What Are Scratch Files and Scratch Buffers?

We can view our scratch files and buffers in the Project Window in the Scratches folder under Scratches and Consoles.

Scratch files can be of various types including Java, Kotlin, HTML, etc. Scratch files are all IDE aware with syntax highlighting, code completion and all other features for the corresponding files type. We can create a scratch file by using Ctrl+Alt+Shift+Insert on Windows/Linux or ⌘⇧N on macOS. We can start typing in the file type that we’re looking for, for example Kotlin, and then create our code using the normal IDE functionality we’d expect, including running it.

We can also change the language of a scratch file, for example, we can change a text file to HTML by right-clicking on it and selecting Change Language. Then, start typing in HTML to filter the list and once we press return, IntelliJ IDEA will render the contents correctly.

Scratch files can be moved to a project by dragging and dropping it into our project or pressing F6 to refactor the file. Once a scratch file is part of a specific project, it will no longer be visible in the scratch files directory in the project, or any other.

We recommend you rename your scratch files to something that’s more meaningful for you. 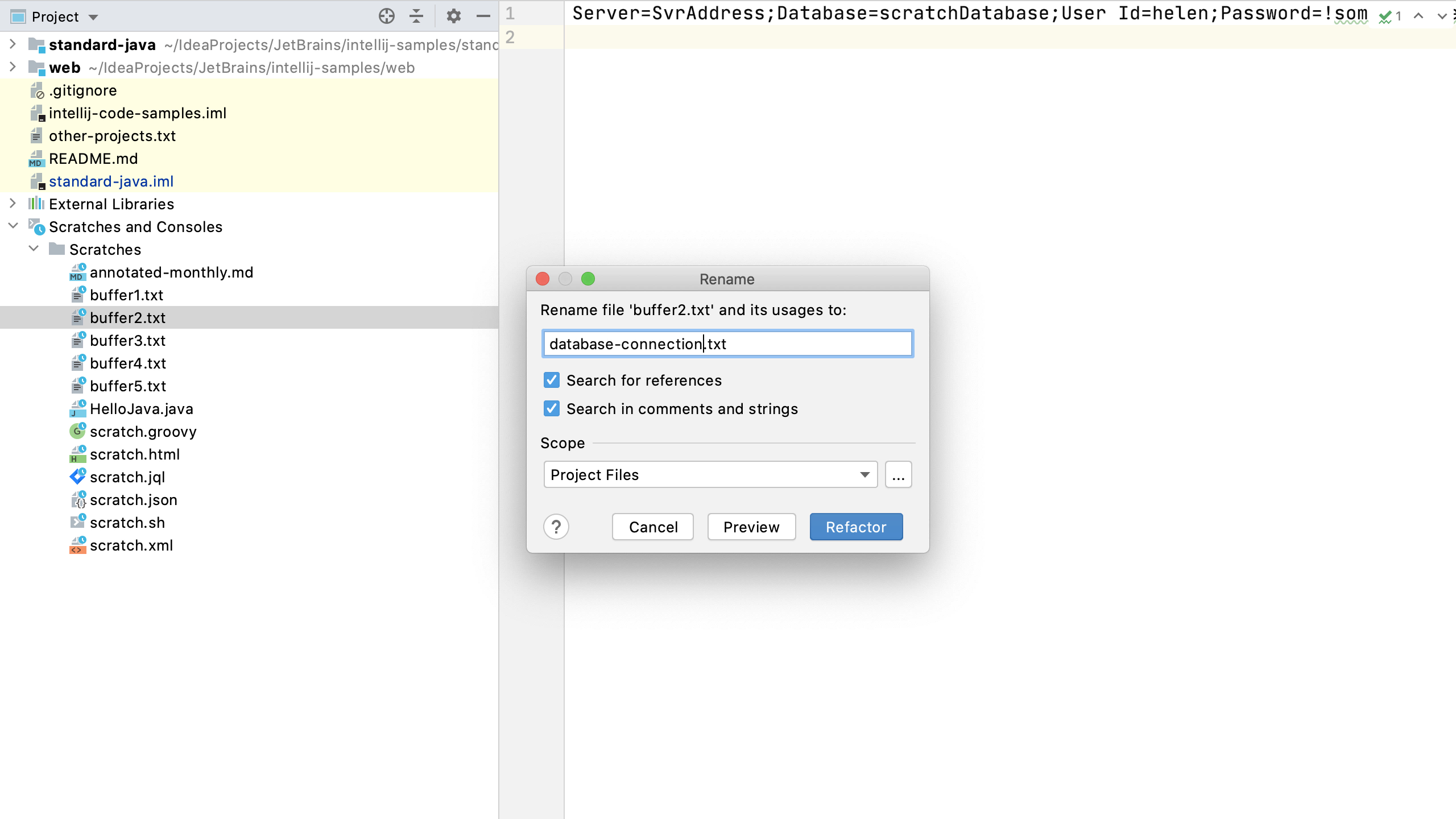 If we create another scratch buffer this time around, we get a blank buffer2.txt because we renamed the previous one.

We can also change the language of scratch buffers to benefit from the IDE-aware functionality. For example, we can type some Groovy code into our buffer2.txt file but we won’t get any IDE help because it’s initially a text file. We can fix that by right-clicking on buffer2.txt and selecting Change Language. When we select Groovy and click Return, IntelliJ IDEA will render the file accordingly.

Tip: You can create a shortcut for the New Scratch Buffer action as described in Configuring keyboard shortcuts.

Both scratch files and buffers are treated in a similar way to other files in IntelliJ IDEA. We can use Ctrl+Shift+E on Windows/Linux or ⇧⌘E on macOS to see them in our Recent Locations, and we can filter this dialog by changed areas too. 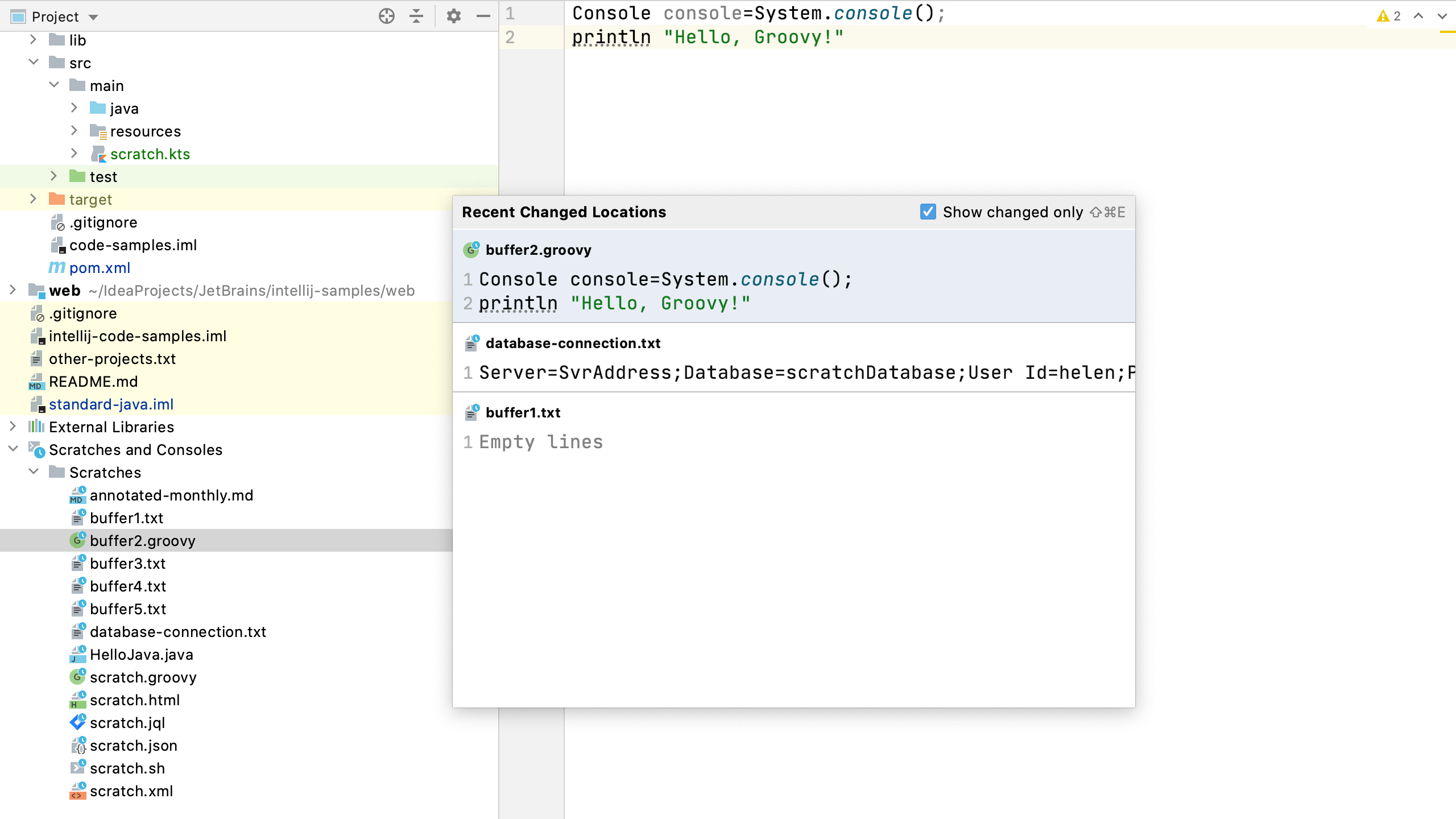 Even though scratch files and buffers are not in source control, IntelliJ IDEA still tracks their changes locally. You can view this in the local history. However, they are temporary files so please treat them as such:

Check anything important into version control if you want to keep hold of it!