We’re happy to announce that we’ve just released Kotlin 1.0.5, which continues the series of bugfix and tooling updates for Kotlin 1.0.

We’d like to thank our external contributors whose pull requests were included in this release: Kirill Rakhman, Vladislav Golub, Vsevolod Tolstopyatov, Yoshinori Isogai, takahirom and gitreelike. Thanks to everyone who tried the EAP builds and sent us feedback, too!

The complete list of changes in the release can be found in the changelog. Some of the changes worth highlighting are:

The IntelliJ IDEA plugin can now detect many cases where imperative for loops can be rewritten in a more compact and idiomatic manner using standard library functions such as filter and map. As a simple example, the following snippet:

…will be automatically converted to:

To trigger the conversion, put the caret on the for keyword and press Alt-Enter.

IntelliJ IDEA’s postfix code completion is now supported for Kotlin, with a large array of templates. Note that the feature depends on platform changes made in IntelliJ IDEA 2016.2 and is therefore unavailable in Android Studio 2.2; it will be supported in newer versions of Android Studio based on newer IntelliJ Platform versions. 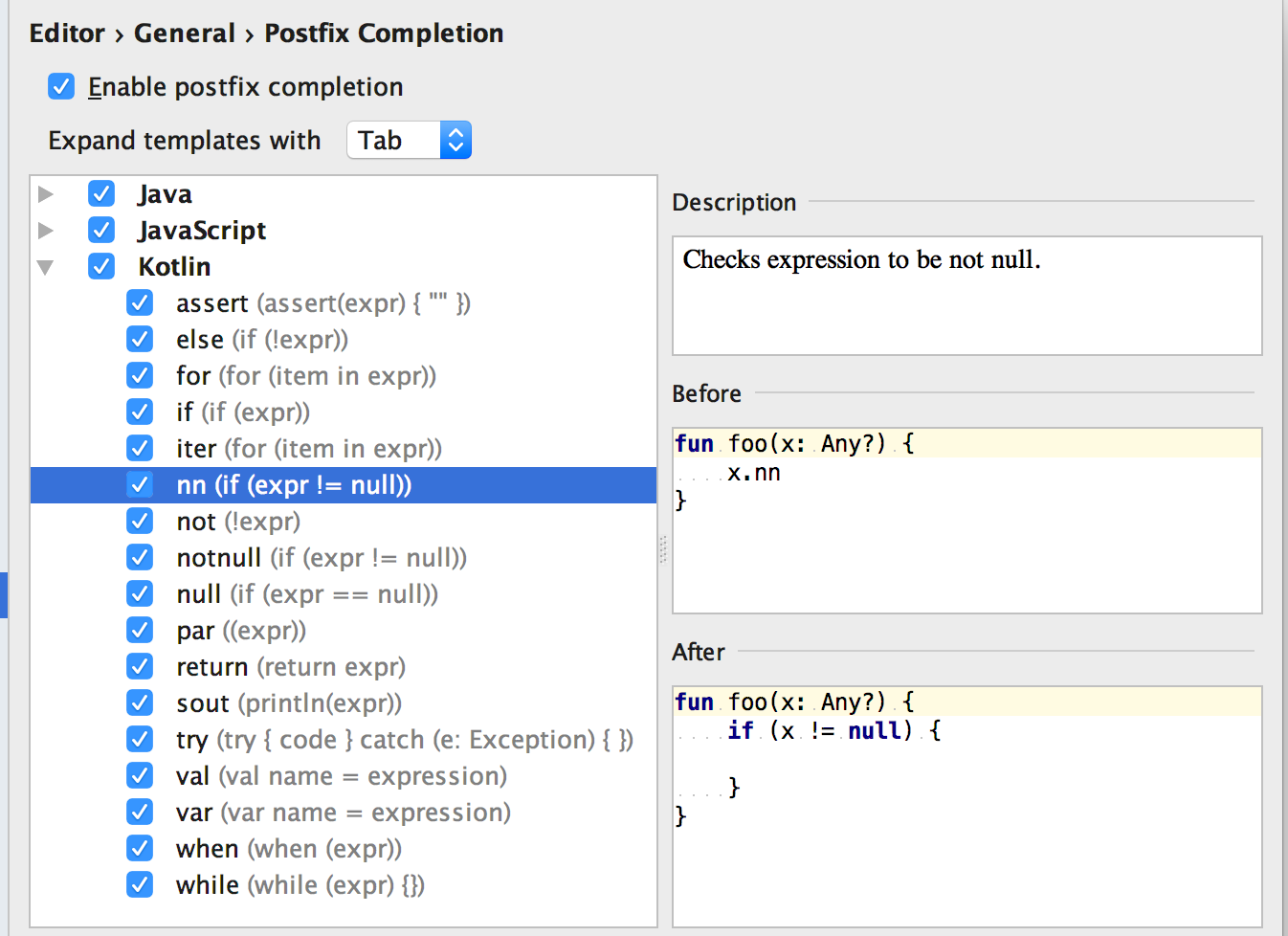 The Kotlin plugin now supports “Extract Interface” and “Extract Superclass” refactorings, which were previously only supported only for Java and some other languages, as well as an entirely new refactoring “Introduce Type Parameter”, providing an easy way to change a class or function into a generic one. 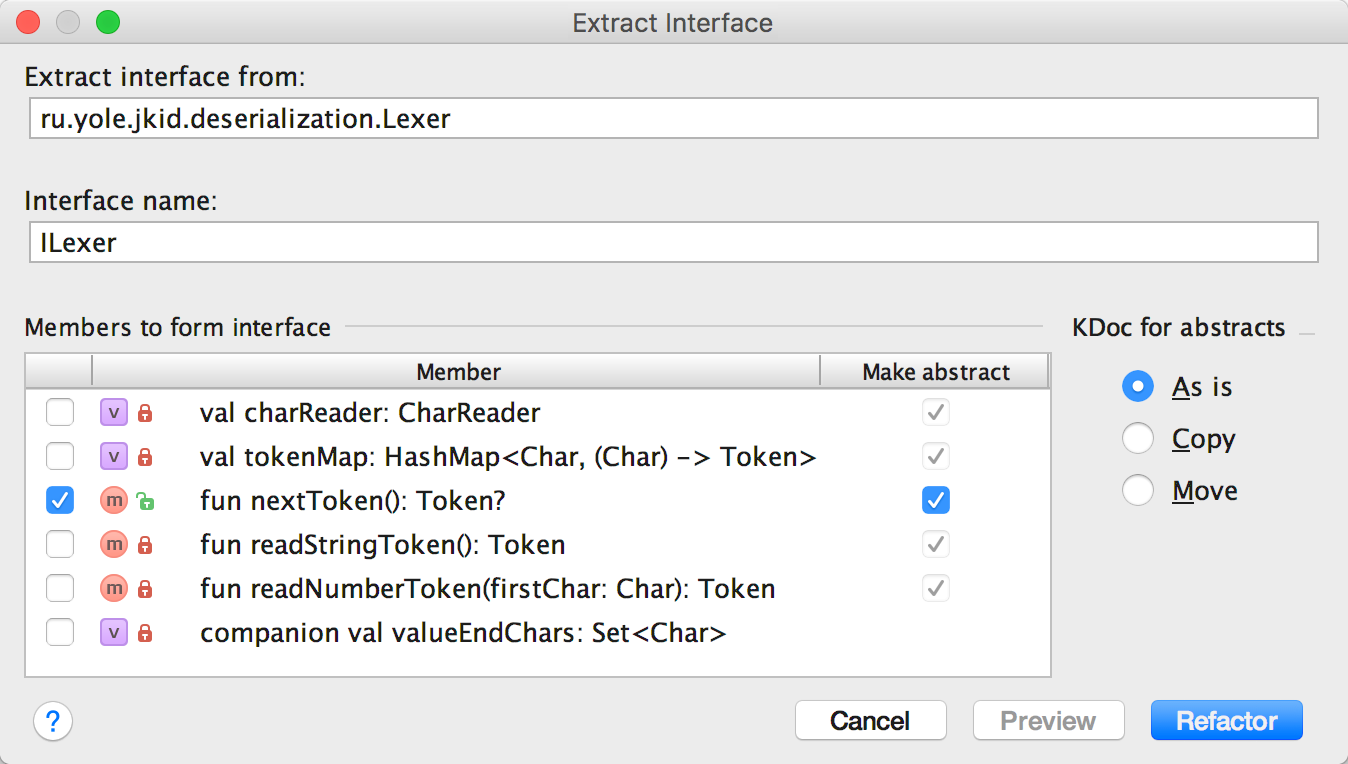