Reverse interop from Objective-C and Swift

In the previous release of Kotlin/Native we introduced calling Apple frameworks from Kotlin/Native, assuming they provide Objective-C headers. Now we go another way around, and add support for calling Kotlin code from Swift and Objective-C. For that, a new compiler option, -produce framework, has been implemented. It generates a self-contained framework, which could be used from other parts of your application, as if it was written in Swift. Let’s take a look at the calculator example. It has UI written in Swift along with calculator logic written in Kotlin. Swift code intermixes with Kotlin transparently. For example, this line of Swift code:

Note, that basic types like numbers and strings are transparently mapped between Swift and Kotlin worlds.

To build the project, just open it in XCode and compile it for either a real device or the simulator, see the README.md for details. 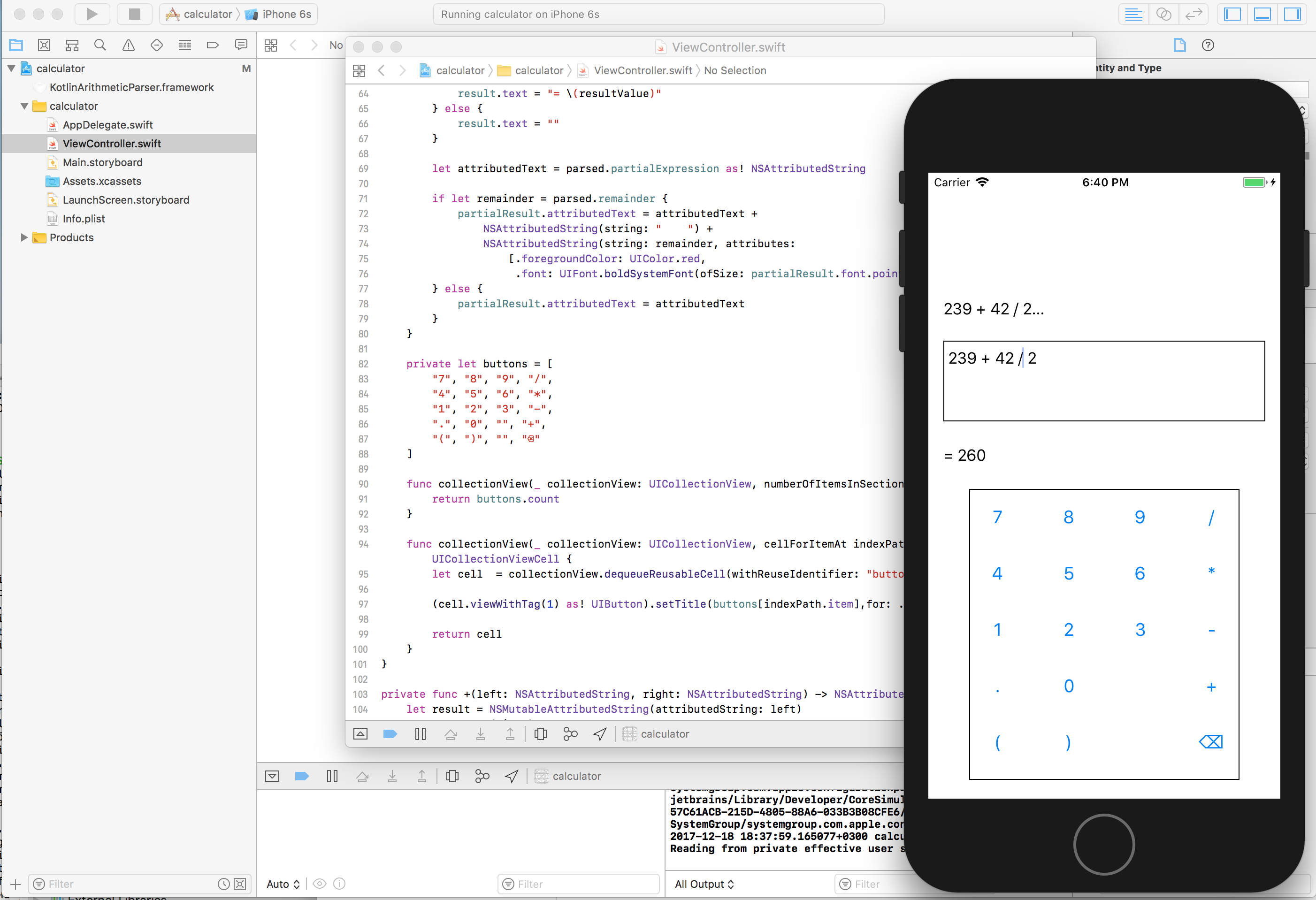 And Kotlin code in IntelliJ IDEA: 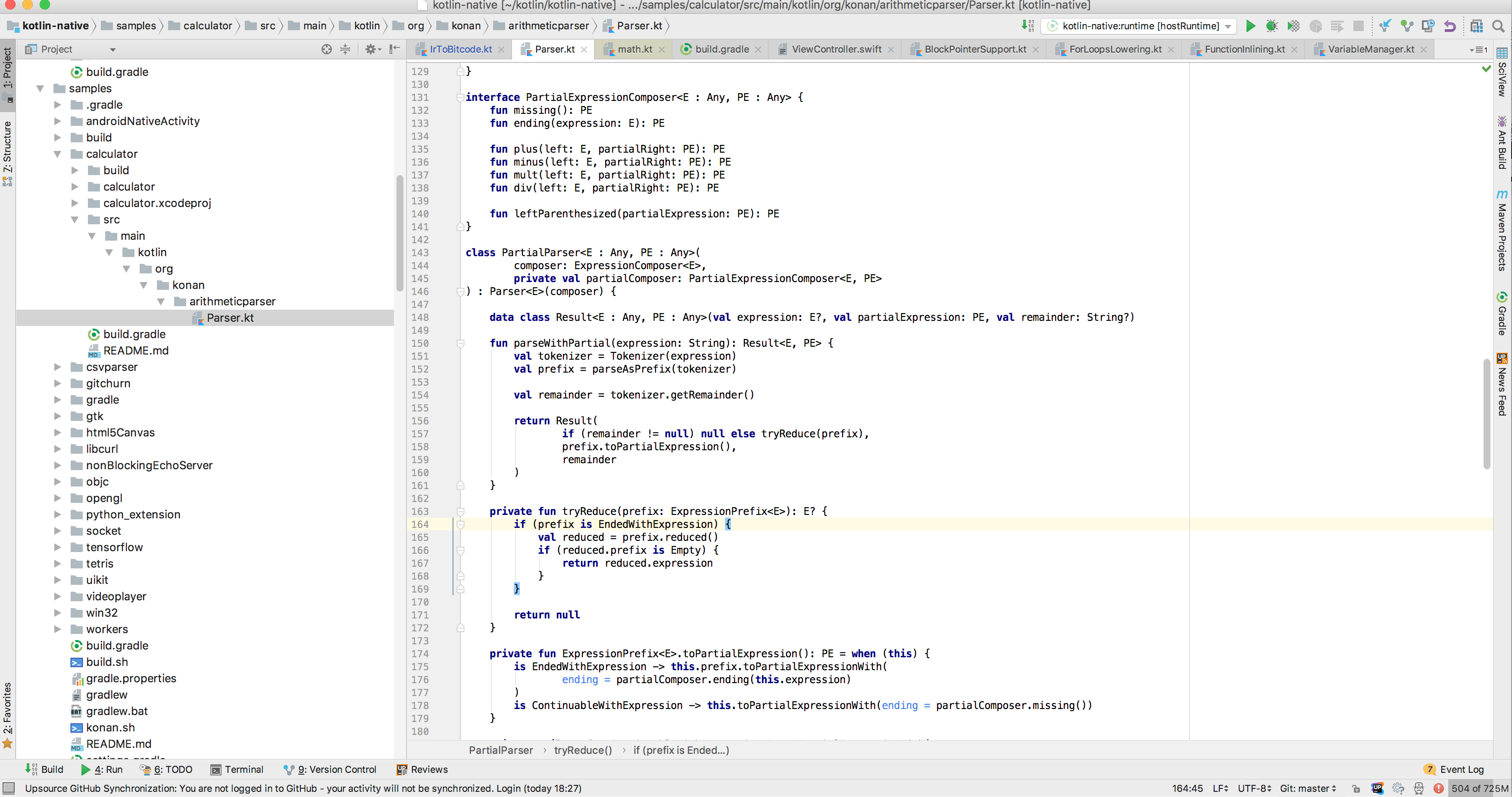 For other platforms we also support reverse interoperability, allowing to call Kotlin/Native code from the outside world. The lowest common denominator of modern languages is C, so this was the language we interoperate with. Compiler option -produce dynamic produces a dynamic library (such as .dylib on macOS, .so on Linux and .dll on Windows) containing everything needed to work with Kotlin/Native code. To make things fancy we decided to demonstrate this interoperability by creating Python extension. Python calls to C implementations and they call Kotlin implementation like this:

Binaries could be downloaded below:

Please report bugs and issues in the Kotlin bug tracker. Questions are welcome on #kotlin-native channel on Slack (get invite here).