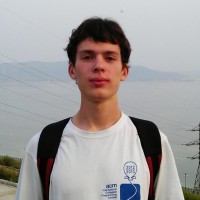 We’re happy to announce the release of Kotlin 1.2.30, a new bugfix and tooling update for Kotlin 1.2. This update:

Changes in the libraries

This release adds a new function to the Kotlin standard library with the following signature:

It’s important to note that adding this function is a preliminary step in gradually introducing a suspend modifier for lambda expressions in the future Kotlin versions. Usages of the function that would not be valid if it was a modifier, such as taking a function reference to it or using a labeled return@suspend, are prohibited, and the calls to third-party suspend-named functions that would clash with the modifier are now deprecated.

The update of the experimental multiplatform projects feature introduces support for Android platform modules. These modules should apply the corresponding plugin in the Gradle build script and can use the shared code from a common module:

A simple project layout example can be found in the Kotlin repository: multiplatformAndroidProject

With Kotlin 1.2.30, kapt, the Kotlin annotation processing tool, can provide links to locations in the original Kotlin code rather than generated Java stubs as it reports errors encountered during annotation processing. This feature can be enabled by adding these lines to the Gradle build script (build.gradle):

This will include the original locations in the Kotlin files into error reports from the annotation processors, for example:

Original kapt was deprecated a year ago, and in 1.2.30 we changed the deprecation warning to an error. The migration process to the new kapt (aka kapt3) is very easy, just apply a kotlin-kapt plugin in your build.gradle file:

If you experience any troubles with the new kapt, please let us know.

This release brings various improvements in the IntelliJ IDEA Kotlin plugin, such as performance improvements, bug fixes, and new inspections and intentions.

Kotlin 1.2.30 adds new intentions that convert calls to the scoping functions let and run and into each other, as well as also into apply and vice versa:

Pasting Kotlin code into a package

The IntelliJ plugin now allows pasting Kotlin code into a package item in the Project View, creating a new Kotlin file for the code:

Other changes in the IDE plugin

To update the plugin, use Tools | Kotlin | Configure Kotlin Plugin Updates and press the “Check for updates now” button. Also, don’t forget to update the compiler and standard library version in your Maven and Gradle build scripts.
As usual, if you run into any problems with the new release, you’re welcome to ask for help on the forums, on Slack (get an invite here), or to report issues in the issue tracker.