We are happy to announce the 0.8.2 release of Kotlin/Native. In addition to the bug fixes and improvements, we have introduced support for Kotlin/Native Gradle projects directly in CLion!

Update your CLion and Kotlin/Native for CLion plugin to the latest versions.

Check out the GitHub release page for more details or download binaries for macOS, Linux, Windows. A Linux Snap package is also available.

Up until now, you were forced to use CMake projects to develop Kotlin/Native code in CLion. Some of you were using the Gradle task to generate a temporary CMake project instead. We deprecated the CMake support some time ago. The process was tricky and painful. Not anymore! Starting from the 0.8.2 release, you can open your Kotlin/Native Gradle projects directly in CLion, as easily as you would open your Gradle C++ projects with it. There is no need to use our deprecated CMake support anymore. 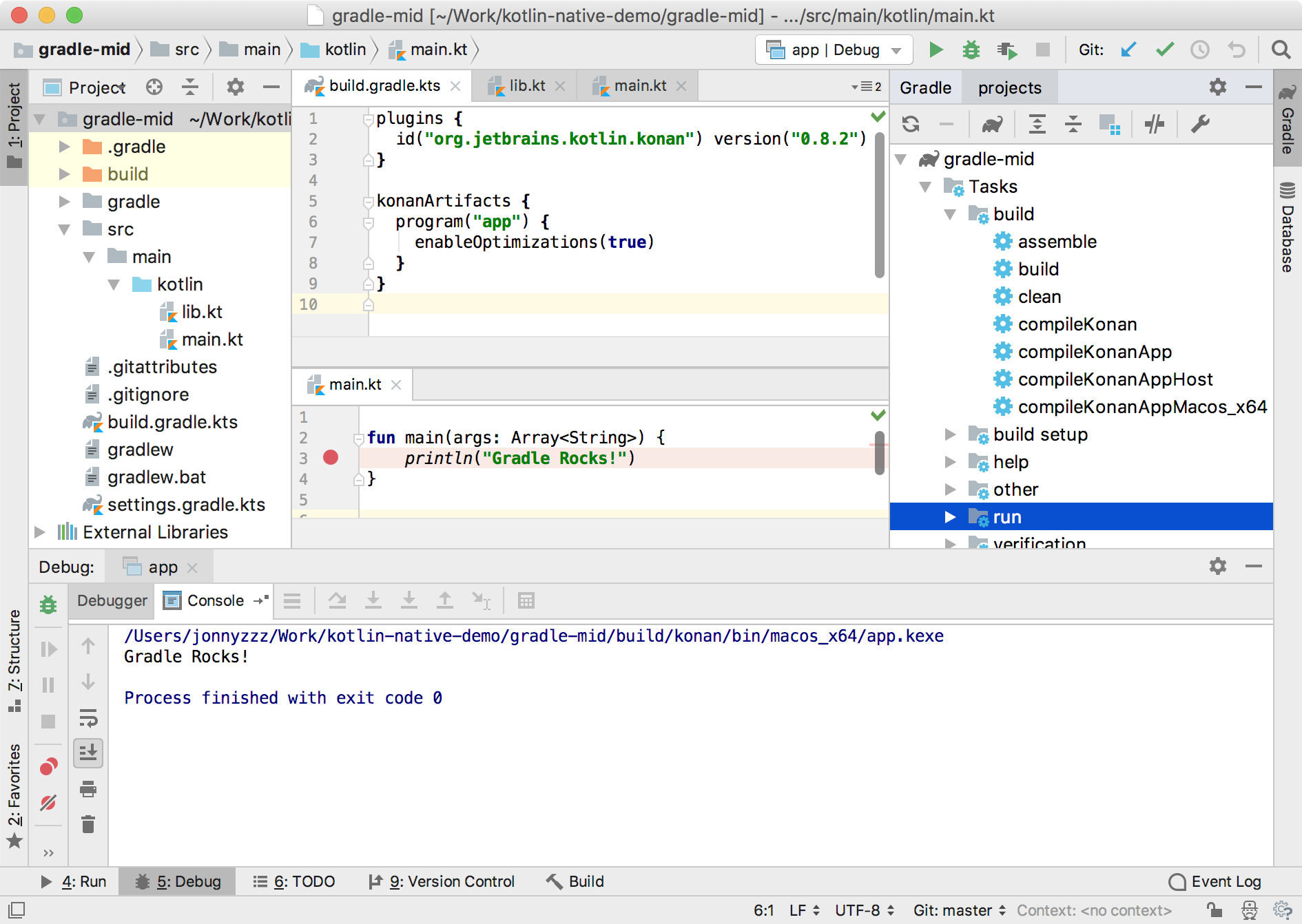 You can start a new Gradle project with one of the included New Project templates:

Or create an empty settings.gradle.kts file, place sources under src/main/kotlin folder, and create a new build.gradle.kts file with the following content:

You may want to checkout the Gradle Plugin Documentation for more details.

Starting from this release, we no longer support CMake for Kotlin/Native projects in CLion.

Have fun with Kotlin/Native!