Summer may be almost over, but our Kotlin/Native team has been breaking a sweat to give you the Kotlin/Native v0.9 release… and here it is! Don’t be fooled by the numbering – this is a major (and breaking) release of our compiler toolchain, Gradle plugin, and IDE plugin.

Following are the most important changes in this release:

To support the upcoming release of Kotlin 1.3, Kotlin/Native v0.9 is already based on the milestone Kotlin 1.3-M2 compiler and standard library. This means all the goodies of the new language version, such as inline classes, unsigned types, and common random number generator API, are available on all native targets.

Kotlin as a programming language with version 1.3 has received support for unsigned types in both language and the standard library, across all backends, i.e. JVM, Native, and JS. For example, code like this

works correctly on all Kotlin flavors and prints 4294967295. Many popular operations in the standard library are extended to support unsigned operands, and can be used out of the box.

We not only support unsigned types in the language itself, but also map Kotlin unsigned types to appropriate C and Objective-C/Swift types, meaning interoperability layer is even better in terms of matching the Kotlin and platform worlds. For example, let’s take a look at the following networking code, which reads data from the socket to Kotlin’s ByteArray:

Kotlin/Native v0.8 introduced freezing of singleton objects, which allows creating a reliable shared global state across multiple concurrent executors. With v0.9, we’ve seriously reworked all the concurrency primitives and moved them to the new kotlin.native.concurrent package. Important changes include:

For example, the following code:

can pass ownership of the mutable object Data to another async queue on macOS.

Another important aspect of concurrency support was that previously, top-level variables were thread-local, and now they could only be accessed from the main thread of the application, while all other access attempts led to runtime exceptions. To control this behavior, we’ve introduced new annotations, @ThreadLocal and @SharedImmutable, so that top-level variables marked with such an annotation are thread-local or frozen after initialization, respectively.

To ensure a better structured standard library and support writing multi-platform code, all code was moved from the konan package to kotlin.native, and interfaces were seriously reworked and cleaned up to better align with the multi-platform Kotlin paradigm. Some native-specific operations having counterparts in the common stdlib were made internal or private, to promote use of portable standard operations.

Check out the GitHub release page for more details or download binaries for macOS, Linux, or Windows. A Linux Snap package is also available.

newsletter
A major release just around the corner — meet Kotlin 1.3-M2Kotlin 1.2.70 is Out! 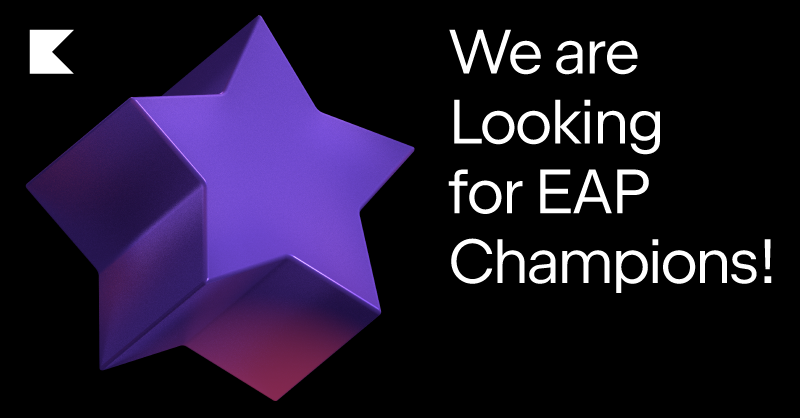