New Release Cadence for Kotlin and the IntelliJ Kotlin Plugin 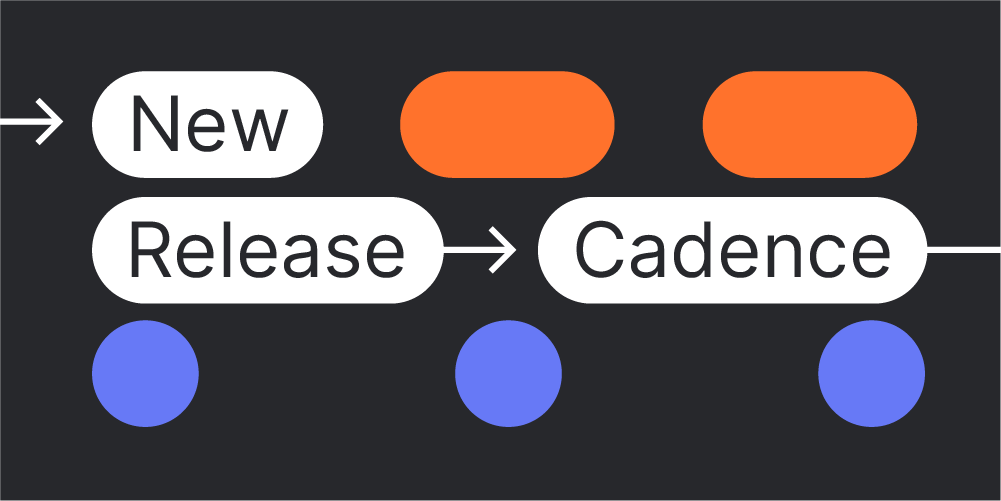 Why the new cadence?

Since Kotlin 1.0 came out in 2016, we’ve built our release schedule around new key features in the language. This meant that until big language features were ready we would not release anything at all. As a consequence, we delivered changes and improvements once a year or sometimes even less frequently. The language has evolved more slowly than we would like, and release dates have been somewhat unpredictable for the users.

The main goal of the new date-driven release cadence is to accelerate the delivery of important language updates.

What are the changes in the new cadence?

There are three types of Kotlin releases: feature, incremental, and bug fix releases. However, changes will, for the most part, only affect feature releases. Below is a diagram of the new Kotlin release cadence. 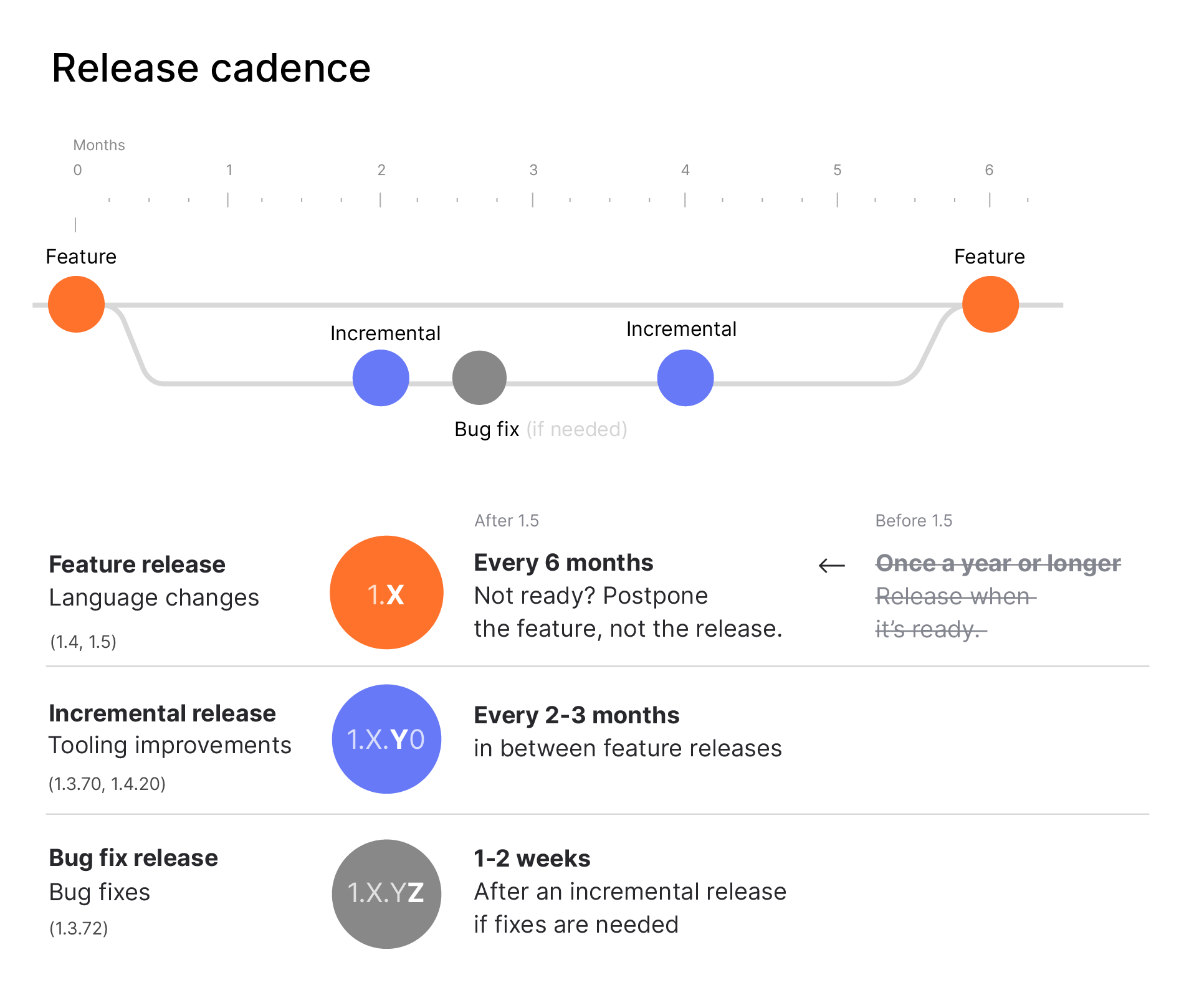 Feature releases (e.g. 1.4, 1.5) will ship updates to the language twice a year– in spring and in autumn – starting from Kotlin 1.5, which is due in spring 2021. Feature releases will become smaller in terms of the changes they bring, and their release dates will be more predictable.

Incremental releases (e.g. 1.3.70, 1.4.20) will ship in between major releases. They will not include language changes, only compiler improvements (e.g. speedups) and tooling changes.

We are in the process of moving the Kotlin IDE plugin to the IntelliJ IDEA codebase to minimize the time it takes us to pick up platform changes, and also make sure that the IntelliJ team gets the latest Kotlin IDE fixes very quickly and dogfoods them efficiently. Also, it will be easier for us to keep the IDE support for Kotlin on par with Java. This is why we synchronize our release cycles.

Kotlin is evolving quickly and we’re keen to remove any obstacles preventing the team and the community from achieving their goals. Today we’ve introduced two major process improvements, and we believe they will speed up the language progress even more.

If you are interested in the Kotlin team’s plans and the projects we’re currently working on, you can find more information in the recently published Kotlin public roadmap.