We are getting ready for the major release of MPS 2021.1, and the Early Access Program (EAP) is our way of sharing with you the new functionality that we have been working on in recent months. Here are the new features we’ve implemented in this version.

The MPS model viewer is enabled for merged commits in Git log. The viewer displays three panels – the center panel for the merged model and, the left and right panels for the models of the two merged branches. 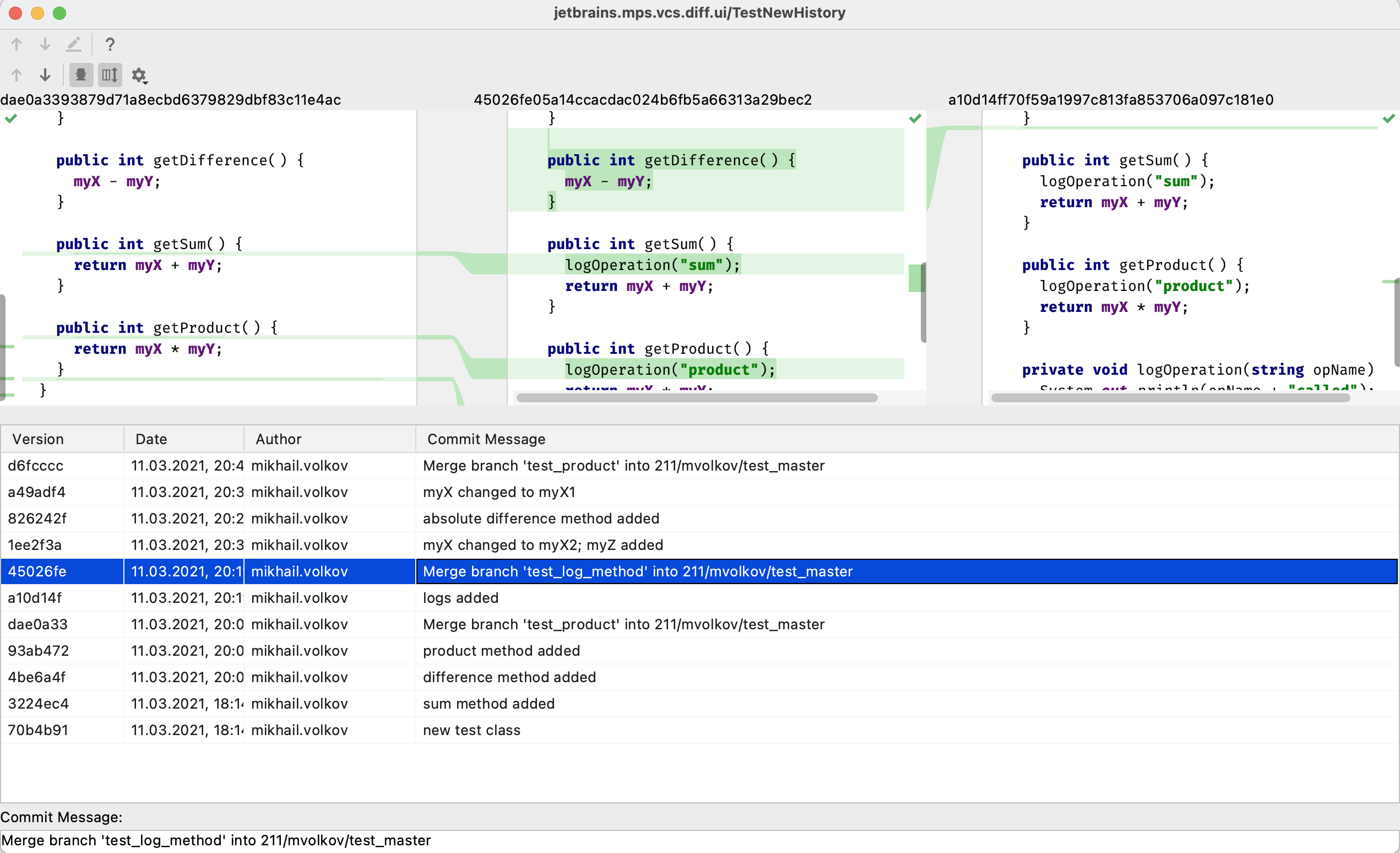 The root annotation and root/node history algorithms were based on the ordered list of file revisions, calculating the changes for the root between two adjacent revisions. It was possible, however, for these revisions to be from two different branches, in which case the obtained changes made no sense. Merge revisions also were not handled correctly. The changes from the older rounds of revision could be erroneously displayed as changes from the newer merge revision. Now the algorithm considers the revisions graph when it calculates the change history.

The Method Signature refactoring dialog now includes a way to specify default values for new arguments or arguments whose types have changed. When a parameter is removed but is still used in the method, a new local variable is introduced so the reference is not lost. In addition, vararg type parameters are now handled. 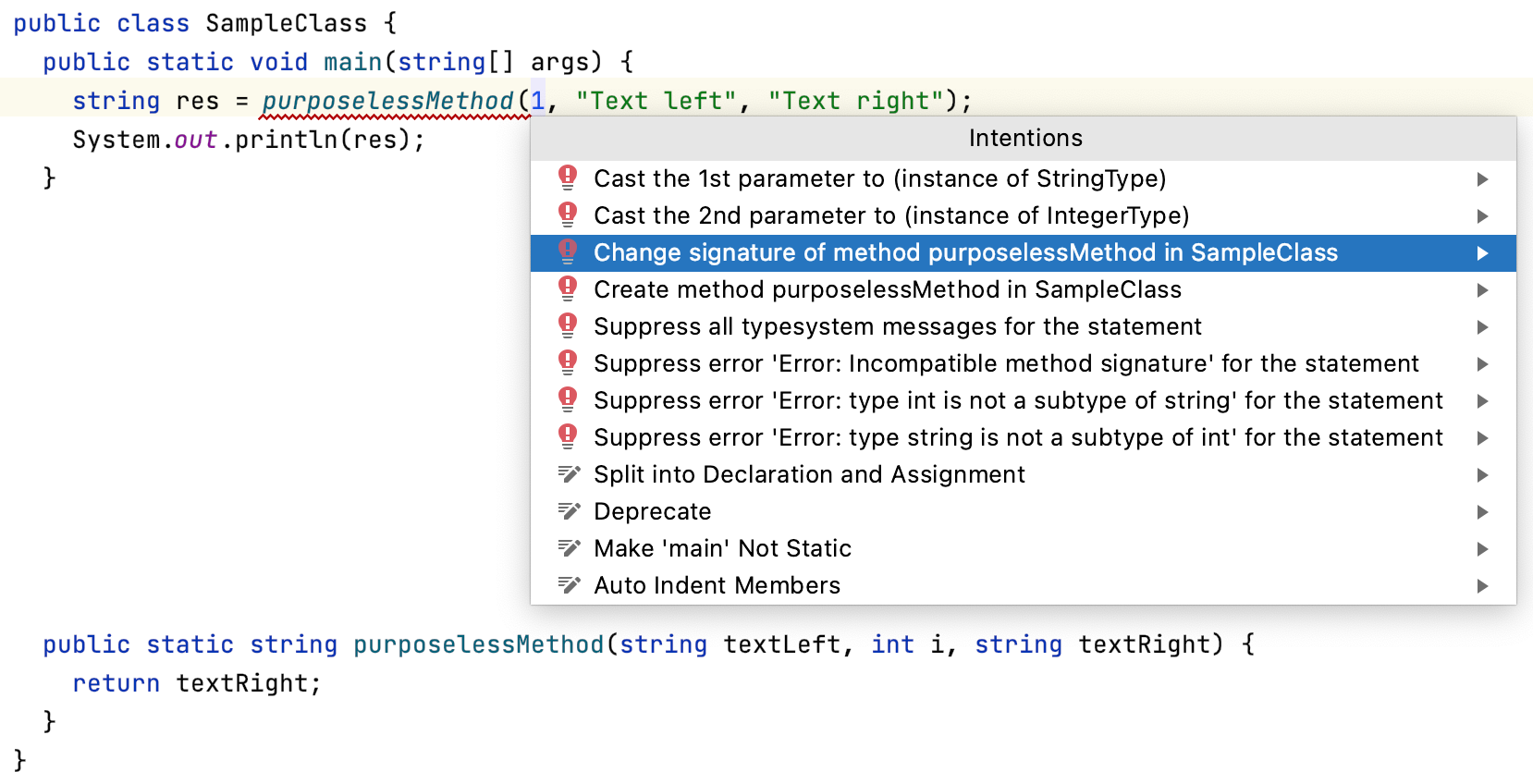 The lang.text language has been enhanced with several new capabilities, which directly enhances single and multi-line comments in BaseLanguage.

Generator Preferences in the IDE contains an option called “Warn when child cannot be placed into role”, which checks whether the nodes template that is produced fits into the proper role of a parent node. The option is available through build project settings as well. The generator may issue a warning, which usually indicates there’s some inconsistency in the templates, such as an improperly placed Template Fragment or COPY-SRC annotation.

Compiled templates, however, didn’t perform the check. With MPS 2021.1, compiled templates now go the extra mile and check whether children are properly placed into parent nodes if the option is active.

You can now use MPS on Macs that have an M1 chip. To get started, download the installer for JetBrains MPS for Apple Silicon directly from our website or get it from the Toolbox App.

With MPS 2021.1, the Import Settings dialog that appears every time you install a new version of MPS will only be shown when the user doesn’t have the appropriate settings and configurations.

And last but not least, we’ve fixed a long list of bugs from our issue tracker. Please continue to report any errors you encounter and share your feedback with us. 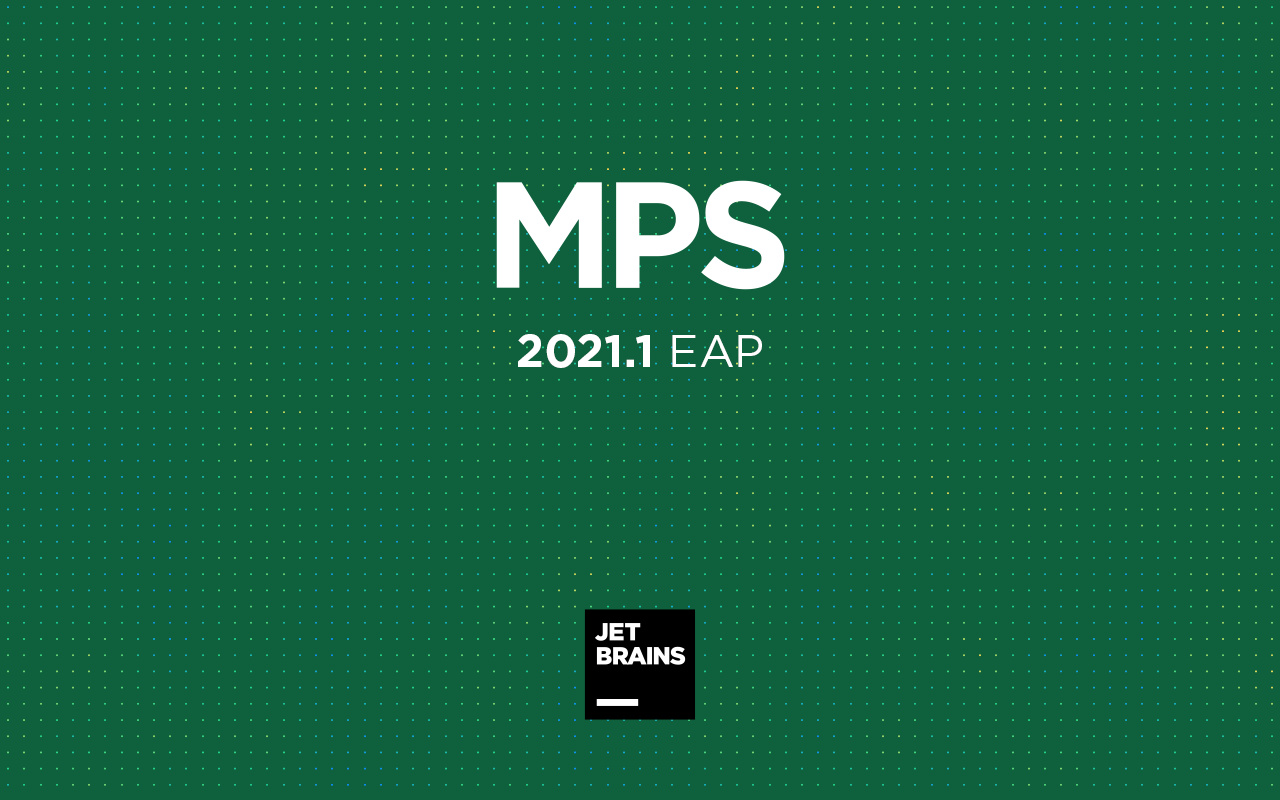 Over the past few months we have been working to make MPS more usable, and we’ve been fixing issues reported by users. In this blog post, we describe this version's new functionality, and you can also watch our screencast with the main features. DOWNLOAD MPS 2021.1 New generator macro There's a new macro named $CALL-SITE$ that facilitates the insertion of a node attributed with a SWITCH/CALL macro into a designated place in the invoked template. Prior to the change, the template node with a SWITCH/CALL macro attached was generally ignored. Now if an invoked template/switch tries to use 'c