The Early Access Program is an important part of our product development process for identifying critical issues with the new release features. If you encounter any problems, please report them to our issue tracker. Check out the new functionality that we have prepared for you.

It is now possible to refer to the input node of a LOOP macro by using a LOOP.inputNode expression, removing the need to use a VAR macro. The index of the LOOP can also be accessed under the same namespace by using LOOP.index and replacing the previous user-defined context variable.

Synchronize scrolling in the Diff editor

It is now possible to switch off the editor scrolling synchronization in the Diff dialog with a button. 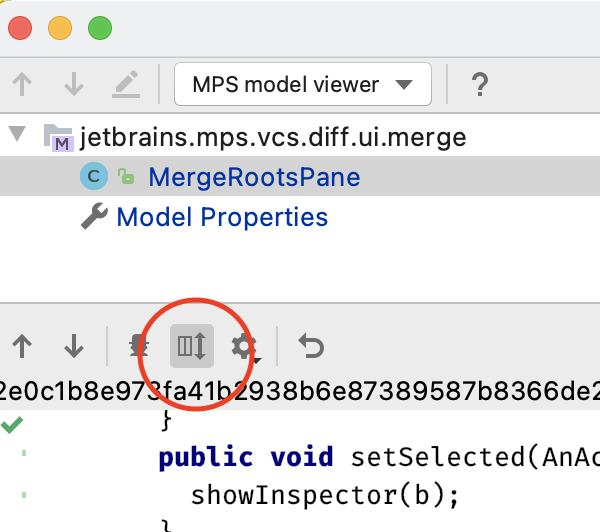 We are now using a javax.tools compiler by default instead of the Eclipse Java compiler. The new compiler should support Java Annotation Processors (one of our top-voted issues. If you face any problems during compilation, please report them to our issue tracker).

To switch back to the Eclipse Java compiler, launch MPS with ‘mps.compiler.java=ecj’ as the system property in ‘mps.vmpoptions’.

When there is no version for the project, the default version will be 2018.1 and the migration will run according to that. For any project, you can still apply any project migration by running it manually from the Migrations menu.

Today we’re rolling out the last build in the Early Access Program for MPS 2021.1, and these are the last few features that will be included in the release. Try them out. Zoom in and Zoom out The font size can be quickly adjusted in the currently open editor window by holding Control/Command and rolling the mouse wheel. Font size is not persistent, so when you reopen the file, the text size will b