This build delivers new features, bug fixes, and improvements for PHP and the Web, and includes the latest improvements in IntelliJ Platform.

In this EAP, IntelliJ Platform has implemented long-awaited partial Git commits. The IDE can now commit only selected changes from the file and skips all other changes. You can include code chunks into a commit using the checkboxes in the Diff pane of the Commit Changes dialog. 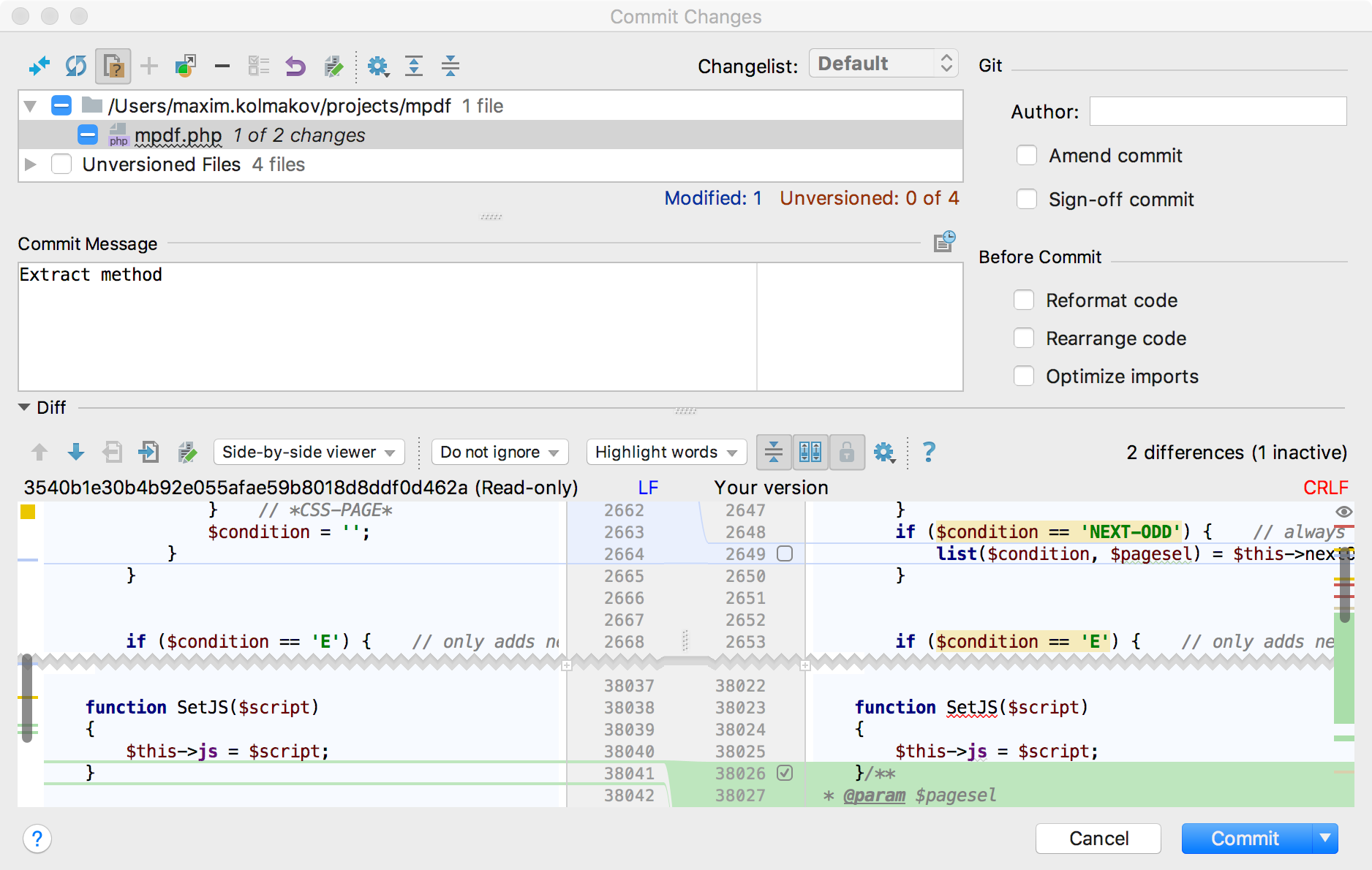 Additionally, the IDE now provides the ability to associate the code chunks, not the whole file, with a changelist, and track them separately. Code chunks can be quickly moved between changelists using the Move to another changelist action which is available from the context menu of the Diff pane in the Commit Changes dialog. 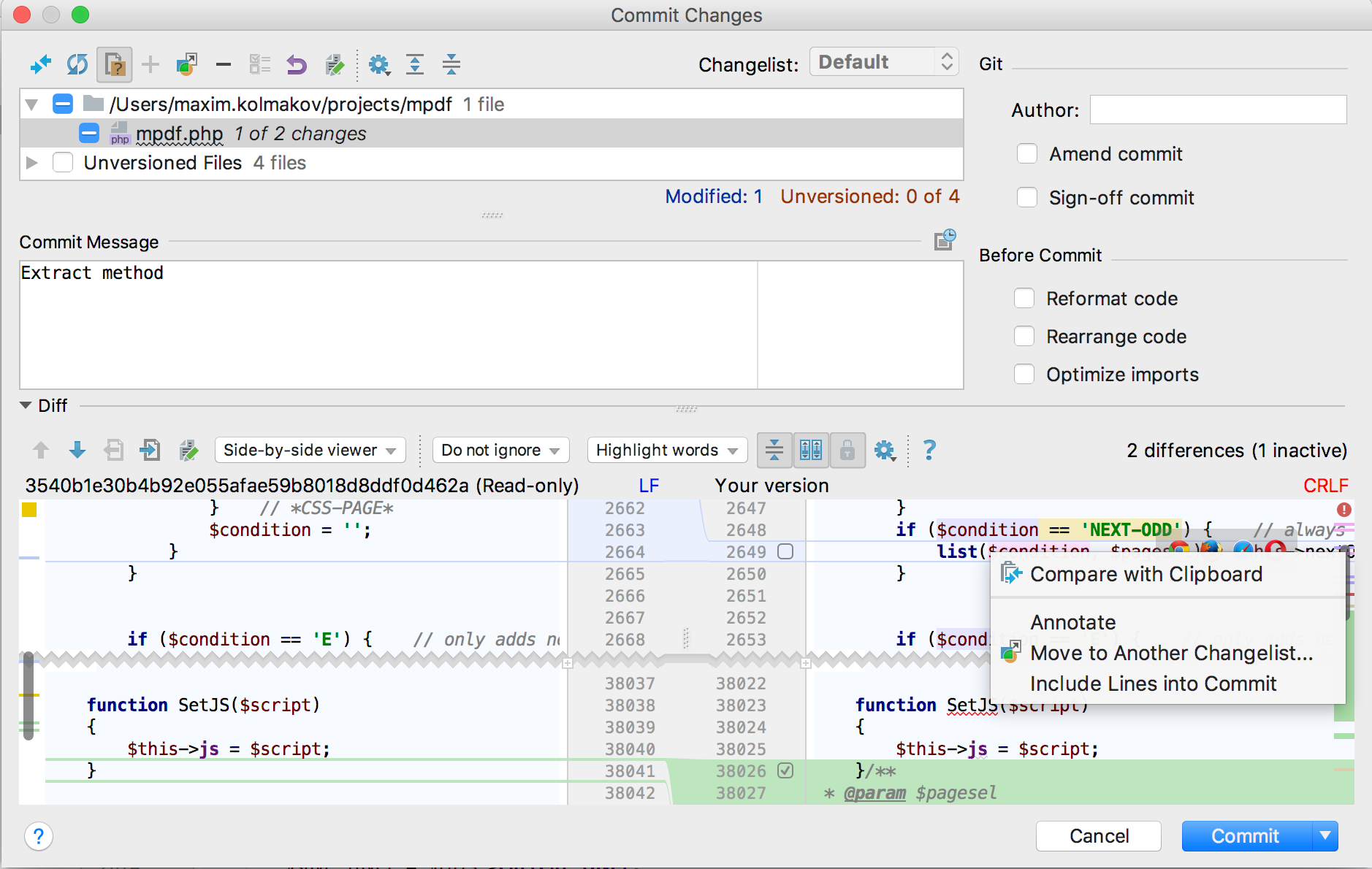 Alternatively, you can add code chunks to a changelist right from the editor – click on a change marker in the gutter. In the pop-up which appears you can choose from the available changelists or create a new one.

Other features worth noting

Apart from new features, this build brings many important bug fixes and usability improvements, including these:

Use the board here to view the up-to-date list of the features planned for 2018.1 release, as well as discovered bugs. The list only reflects our current plan and is not final. It may be revised during development since new issues may appear and existing may be re-planned to appear in later versions. Please share your opinions on what is important to you and what would you like to see in the new version!

Download PhpStorm 2018.1 EAP 181.3870.19 for your platform from the project EAP page or click “Update” in your JetBrains Toolbox App. And please do report any bugs and feature request to our Issue Tracker.

The fourth build of the PhpStorm 2021.1 Early Access Program includes a set of new inspections and quick-fixes for PHP, as well as several enhancements in various subsystems. Just like the other EAP builds, this build is free to use but it will expire 30 days after the build date. Download PhpStorm 2021.1 EAP (more…)

The third build of our Early Access Program for PhpStorm 2021.1 is now available! In this blog post, you can learn about PHP’s the new synthetic scope renaming feature for PHP. Download PhpStorm 2021.1 EAP (more…)

Last week we launched the Early Access Program for PhpStorm 2021.1. We are going to be releasing weekly updates for the next two months, and today we’ve got the second build of the 2021.1 EAP for you. What’s new in this EAP build: PHP settings now at the top level New quick-fix: Invert `if` statement Highlighting unsafe http:// links Maximize editor tabs in the split view